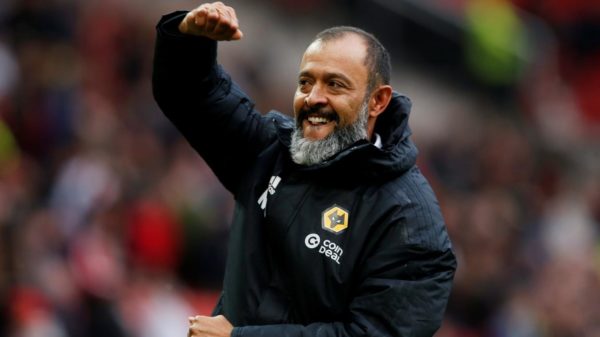 Wolverhampton Wanderers FC have been handed a major boost ahead of their Premier League clash with Liverpool tonight at Molineux Stadium.

This is after Wolves manager, Nuno Espirito Santo confirmed in his pre-match press conference on Wednesday that Willy Boly and Diogo Jota are in contention to feature against Jurgen Klopp’s men following their recovery from injuries.

Wolves head to the game following a 3-2 win over Southampton in their last encounter.

“We have good news,” Nuno said as quoted by Liverpool’s official website.

“We have Diogo integrating into the team, working with the squad, Boly also, so things are getting better.”

“Liverpool is a huge club, a good team. What we’ll do is prepare ourselves well and play the game.

“Our fans will be behind us, a fantastic atmosphere, so we have to enjoy the game. We have to compete. That is the word – compete. When you compete, you don’t give up. Every ball is important.”