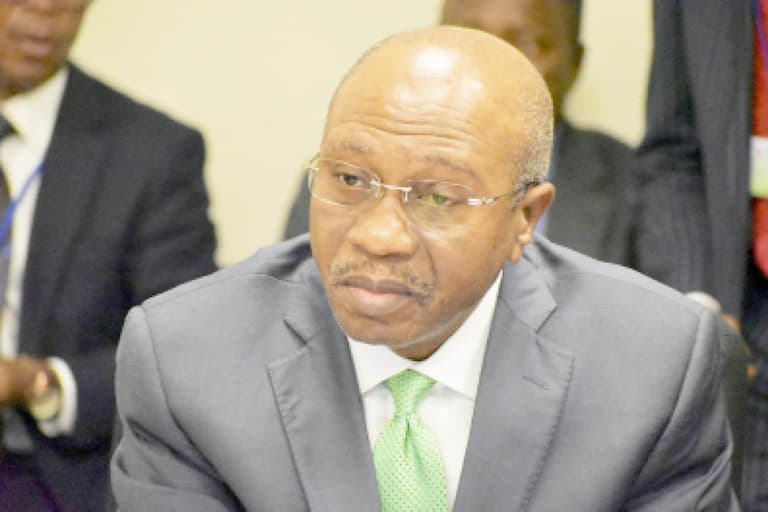 The commission also allayed the fear that the ongoing strike of the Academic Staff Union of Universities (ASUU) won’t stop the involvement of individual university lecturers in the INEC-organised elections.

INEC Chairman Professor Mahmood Yakubu stated this during the 2nd quarterly consultative meeting with the media at the commission’s headquarters in Abuja.

Speaking against the backdrop of the presidential bid of CBN Governor Godwin Emefiele, the INEC boss assured Nigerians that the commission would not be caught off guard in doing the needful and ensuring the sensitive materials are not compromised.

He was responding to the question on whether Emefiele’s entry into politics won’t affect the credibility and integrity of the electoral process.

The CBN governor is seeking the nation’s top seat on the All Progressives Congress (APC) platform.

Besides, he is currently asking court to compel both the INEC and the Attorney General of the Federation to allow him  enforce  his right to participate in the 2023 presidential election without resigning as CBN boss.

“There is a case in court. We have been invited to state our own side of the story. We usually refrain from talking about such issues because this is essentially subjudice.

“But we have already started talking about what alternatives are available to us in case we need to change the arrangement for the handling of sensitive materials. We have started thinking about it. We are aware of the situation. We will watch the situation. We still have nine months before the next general elections.

“Things may be addressed before then. I want to assure you that we will not jeopardise the conduct of the election by creating a misconception around the situation in the process.”

Asked whether the ongoing ASUU strike would not affect the role often played by the dons during election, the INEC boss said there’s no correlation between the union and the university teachers’ involvement in the election.

He said: “I have never heard the lecturers saying they won’t participate in the elections. As a union, ASUU has never been involved in elections. In 2018, I had a meeting with them at the University of Abuja during a similar strike, and they said as a union, they won’t participate, but that the individual lecturers were free. They are my good friends.

“I have been in the university system. Since 2003, they have always been participating in the elections; I was a member of the presidential negotiation in 2009. In 2013, at the end of my tenure (at TETFund), the federal government invited me to persuade ASUU. Myself and my friend –Dipo Fasina drafted the agreement.”

The commission chairman also said the body had finished the configuration of the BVAS for the Ekiti state governorship election, and promised to undertake a mock voter accreditation exercise in the state ahead of the main election on 18th June 2022.

This, according to INEC, would further ensure optimal performance of the BVAS on election day.

He said: “The lessons learnt from the most recent bye-elections have been taken into consideration as the commission is prepared for the forthcoming Ekiti and Osun state governorship elections.

“The Commission has finished the configuration of the BVAS for the Ekiti state Governorship election. To further ensure optimal performance of the BVAS on election day, the commission will undertake a mock voter accreditation exercise in Ekiti State ahead of the main election on 18th June 2022.

“With regard to the Ekiti and Osun Governorship elections, the commission is processing applications by media organisations for accreditation. I wish to reassure you that all applications will be carefully considered and expeditiously treated.

“The commission will also work with the security agencies to ensure the safety and security of journalists and their unimpeded access to all voting and collation locations during elections.”

Yakubu also said part of the deliberations at the meeting would be “many progressive provisions of the Electoral Act 2022 which require clear understanding to guide implementation.”

Responding, President Nigeria Union of Journalists (NUJ) Comrade Chris Isiguzo urged the INEC to remain firm and focused in the quest to give Nigerians credible elections.

While appealing to INEC not to disappoint Nigerians in the delivery of credible elections, the NUJ president commended the members of the National Assembly for the successful amendment of the Electoral Act, adding that “the document would turn our electoral process into one of the best in the world.”

He also corrected a media report which quoted the Directorate of State Department (DSS) as saying there would be no 2023 elections given the spate of insecurity in the country.

Comrade Isiguzo, who said he was present at the venue, noted that the report was false, urging journalists as partners in the democratic process to refrain from reporting fake news.

The NUJ leader urged the media to report events, especially political activities, responsibly and support INEC at all times in the pursuit of its functions to deliver on credible elections.