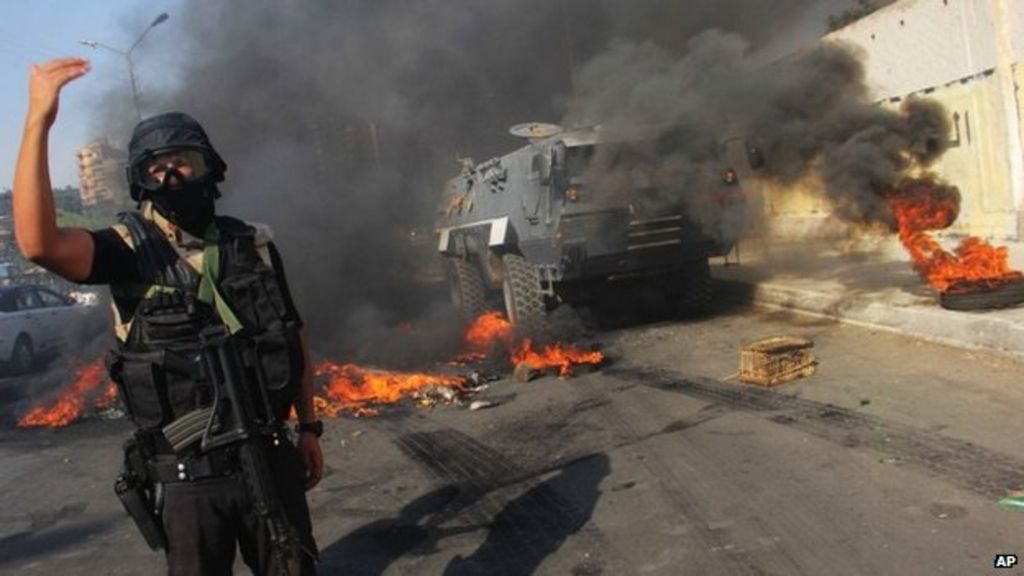 Gunmen have killed at least 20 soldiers in an attack on a checkpoint in western Egypt, security officials say.

The attackers used grenade launchers and machine guns when they attacked the desert post some 480km (300 miles) south-west of Cairo, officials said.

It is not yet clear who carried out the assault.

Militants have intensified a campaign against the security forces since the Islamist President Mohammed Morsi was ousted from power just over a year ago.

The country’s presidency has declared three days of mourning, saying: “Terrorism will be uprooted from every part of Egypt.”

The area borders Sudan and Libya. Some reports suggested that the attackers could have been smuggling weapons from Libya into Egypt.

The BBC’s Suzanne Kianpour in Cairo says the Egyptian army has been struggling to keep Islamist insurgents at bay.

This checkpoint attack marks a significant victory for the militants in a campaign that has already claimed the lives of dozens of policemen and soldiers, our correspondent adds.

The government led by former army chief Abdul Fattah al-Sisi has cracked down harshly on Islamists and other political opponents.