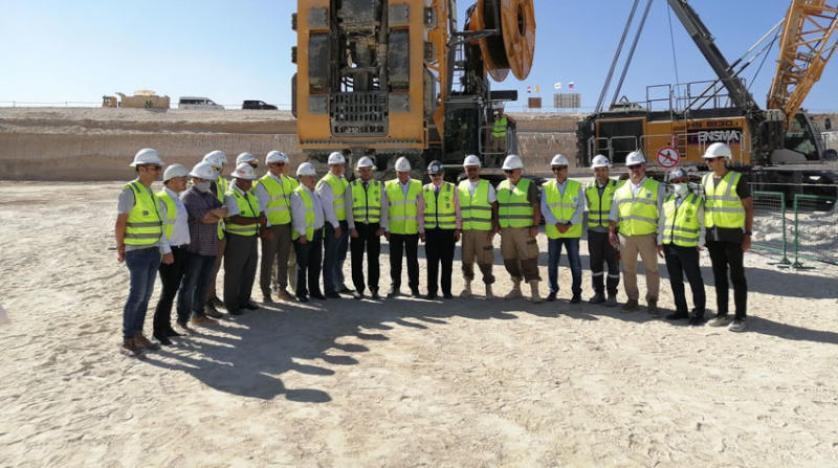 Talks tackled the implementation of the contracts inked between the two sides in 2017.

Under the contracts, Russia will supply another batch of uranium components and products made of the aluminum alloy and aluminum powder for the ETRR-2 and extend needed nuclear fuel for operating the reactor by 2030.

Hag stressed that the EAEA has qualified human cadres, laboratories and various research activities in the fields of peaceful uses of atomic energy.

He pointed to its expertise in manufacturing nuclear fuel for ETRR-2, which produces radioactive isotopes and covers the Egyptian local market.

It is used to conduct studies on particle physics research and matter and produce radioactive isotopes.

Egypt and Rosatom signed on December 11, 2017 several documents to put into force the commercial contracts for the construction of the El-Dabaa nuclear power plant.

They stipulate that Rosatom will build the El-Dabaa NPP on the Mediterranean coast, conduct personnel training and assist its Egyptian partners in the operation and maintenance of the plant for the first 10 years of its operation.