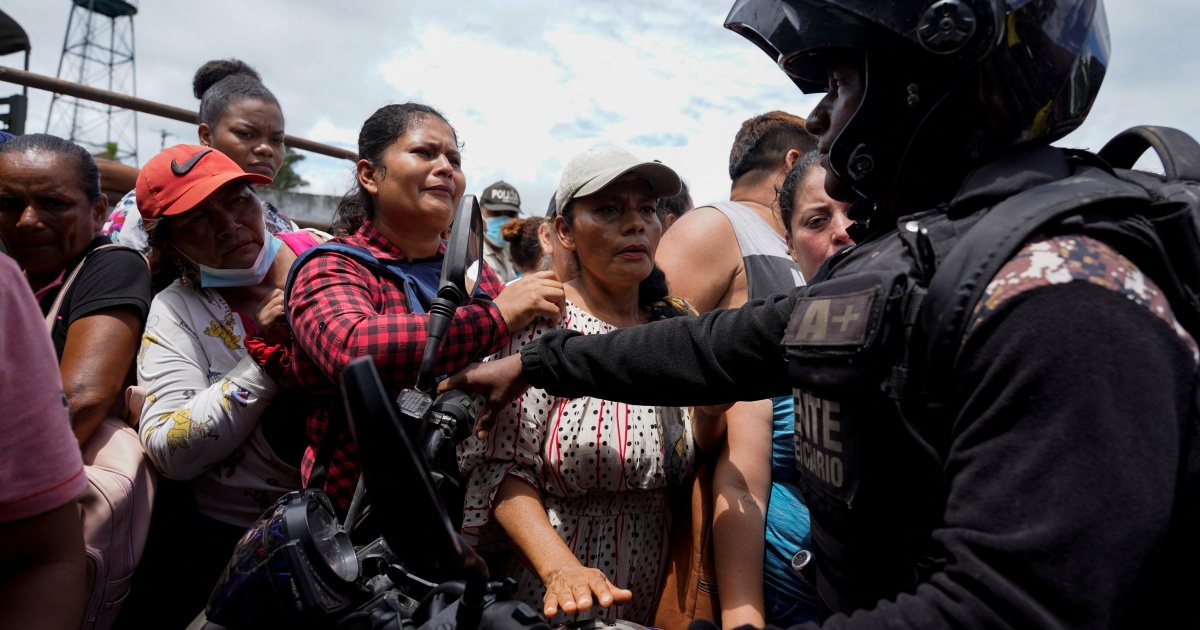 Imprisonment is nearly “a death sentence” in Ecuador, Amnesty International has warned, a day after the latest prison riot in the South American nation left dozens of inmates dead.

In a statement on Tuesday, the human rights group’s Americas director Erika Guevara Rosas said “repeated mistakes” by the Ecuadorian authorities have led to the deaths of hundreds of people in the country’s prisons.

“Being deprived of your liberty in Ecuador has almost become a death sentence,” she said.

“The authorities must address, once and for all, the structural causes of this problem, such as overcrowding, corruption and impunity, through a comprehensive prison policy focused on human rights. All deaths and human rights violations of persons deprived of their liberty must be thoroughly, independently and impartially investigated.”

At least 44 inmates died on Monday, the country’s public prosecutor said, as another 100 prisoners managed to escape after a riot broke out at the Bellavista prison in Santo Domingo de los Colorados, about 80km (50 miles) from the capital Quito.

Authorities said a fight broke out between the rival Los Lobos and R7 gangs inside the facility and that dozens of inmates tried to escape during the mayhem. Police chief Fausto Salinas told reporters that 108 were missing after another 112 escaped prisoners were recaptured.

“The majority of victims, if not almost 100 percent, were killed with knives and not guns,” Interior Minister Patricio Carrillo said. “Their mutilated bodies were left where they were.”

The prisoners were killed in their cells and common rooms, after which inmates then used guns to try to escape the facility.

“This is the unfortunate result of gang violence,” President Guillermo Lasso, who is on a state visit to Israel, wrote on Twitter, expressing his condolences to the relatives of the victims.

It was the latest bout of violence in recent months in Ecuadorian prisons, which are at about 15 percent over their capacity. The 1,200-capacity Bellavista prison houses 1,700 inmates.

Amnesty International said the violence has killed at least 390 people since December 2020.

Authorities have blamed the deadly confrontations on rival drug gangs, infiltrated or controlled by Mexican cartels, that they said are engaged in a battle for control of drug routes.

Located between Colombia and Peru, the world’s leading cocaine producers, Ecuador is a key transit point for drug shipments to the United States and Europe.

In the aftermath of Monday’s riot, six gang leaders were transferred from Bellavista to two maximum-security prisons, the interior ministry said.

But Amnesty’s Guevara Rosas cautioned that “such superficial measures are insufficient to fulfill the main obligation of the authorities in this context: to protect the life and integrity of thousands of prisoners who are currently at risk.”