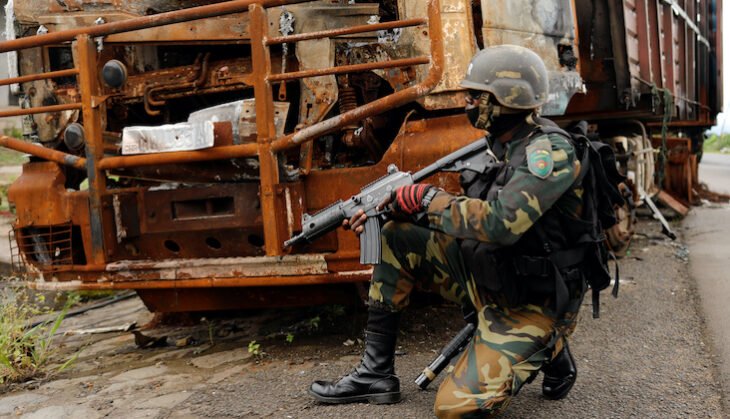 Twelve people have been killed over three days by a notorious militia in the troubled Beni region of eastern DR Congo, where the army is battling armed groups, local officials said Sunday.

The Allied Democratic Forces, a mainly Muslim movement that originated in Uganda in the 1990s has been blamed for more than 1,000 civilian deaths in the Beni region of North Kivu province since 2014.

“The attack was carried out by the ADF,” he said, adding that the village’s inhabitants were fleeing.

Four farmers were also killed in their fields in the nearby village of Mbau on Friday, Richard Kivanzanga, deputy administrator for the Beni territory, told AFP.

On Saturday, Congolese soldiers clashed with the ADF in the village of Kpolowu.

“We registered two wounded on the army side and we neutralised two ADF,” said Antony Mualushayi, army spokesman in the Beni area.

Armed fighters were trying to cross from the neighbouring province of Ituri, Mualushayi said.

The DRC army has been fighting an array of armed groups in the east of the vast central African country for nearly three decades.

ADF has carried out hundreds of civilian killings since the army launched an offensive against it last October, apparently as reprisals for the operation or to warn locals against collaborating with the army.