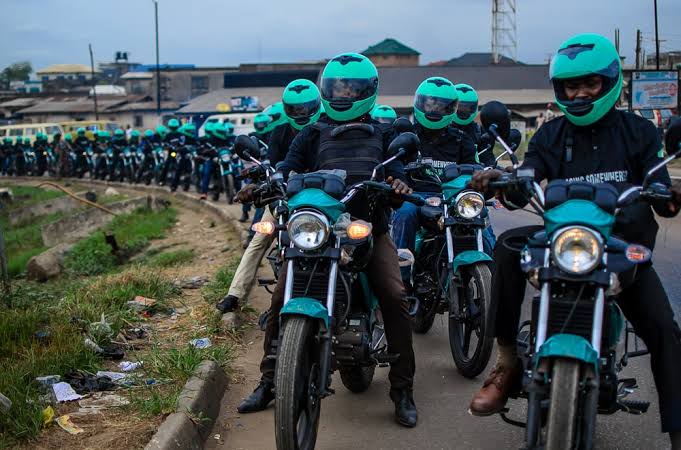 Some operators of commercial motorcycles (Okada) and tricycles `Keke’ NAPEP in Lagos said that the ban on their operations by Gov. Babajide Sanwo-Olu would deprive them of their daily bread.

The operators said this while speaking with the  News Agency of Nigeria (NAN) in separate interviews on Saturday in Lagos.

They added that the government’s plan would also affect them and their families in negative ways.

They urged the government to be lenient with them, and give them more time to think of other positive things they could engage to take care of their families.

They said that operating Okada or commercial motorcycles and `Keke’ NAPEP was their last resort to survive and stay away from crimes.

Mr Winner Daniel, an Okada operator, urged the government to have a rethink on its order to ban Okada and tricycle operations on some major highways and bridges in Lagos.

The   Marine Engineer said that the government should give more time to the operators, saying many of them took to Okada business to survive for the main time.

Daniel said: “If this is what we get from the government that we stayed inside the sun and under rain to vote for, it is very bad.

“This is where we get our daily bread, feed our families and pay our children’s school fees.

“Government is taking the bread out of our mouths. I am a graduate by the Grace of God, but I don’t have a job.

“I trained and graduated as a marine engineer but because there is no job, I have to use this to take care of my family for the main time until when God will answer me.

“Nobody wants to do Okada, it is just a matter of life and death. The government should give us time.”

According to him, there are about eight or nine Okada riders in his park that are graduates.

He said that they were surviving on it instead of being a nuisance to people as well as to stay away from crimes.

Another commercial motorcyclist, Mr Success Esi, said that the ban would cause more damage to the society than good.

He urged the government to give the operators more time and provide more jobs.

“This is wrong because since the new government came in, they have not provided any job for the people; instead more people are going out of jobs.

“There are more jobless people now. So many people had been sacked by their employers.

“Such used their severance pay to buy Okada or Keke to survive.

“We must eat, our families must eat; we must pay school fees and house rents. So, banning Okada is very wrong. We survive from it as well as our wives and children also.

“This ban will cause much damage to the society than good. It will affect security more because an idle hand is a devil’s workshop.”

A tricyclist, Mr Ismael Abdullateef, added: “This is our source of livelihood, we cater for our families through this work. If banned from major roads, it will badly affect our family.

What I want to say is that the government should be lenient with us; it is not easy for us.

“If the reason for the ban is the rate of accidents, I think the government can get a task force to clampdown on some of us that ride roughly instead of banning all of us and take away our means of livelihood.”

According to him, as a private school teacher, he resigned because his salary was not paid, and then becoae commercial tricycle operator.

Another tricyclist, Mr Basir Jimoh said: “We are good Nigerians, we are not into crimes rather we work and struggle to make ends meet.

“If the government bans `Keke’ Marwa, which I am riding, do they want me to be snatching phones or stealing around?

“This is what I use to feed my family, my first child is above 20 years, I send them to school. This is not the best time for the governor to do this.

“If we are restricted from bridges, it is understandable but if we are banned in some local governments and restricted in most of the roads, the government is invariably recruiting people into crimes and violence.”

Another `Keke’ rider, Mr Jimoh Suraju, said that most riders collected the tricycles on hired purchased of N1.3million, saying if banned paying back the money would be difficult and could make some commit suicide.

“What does the government want us to do? Many of these roads where we are restricted from are the roads people use to go to offices and markets.

“Government should leave us to continue struggling for our survival.”

NAN reports that the Lagos State Government on Monday announced that it would commence enforcement of the extant Transport Sector Reform Law 2018 which banned the operation of Motorcycles (Okada) and Tricycles (Keke) in some Local Government Areas (LGAs) and Local Council Development Areas (LCDAs) with effect from Feb. 1.

The state government also listed the highways, bridges and roads where the law also banned motorcycles and tricycles from operating in the state. (NAN)