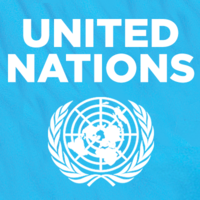 Lowcock said this as the UN launched a major donation appeal in New York on Wednesday.

Lowcock warned, while the aid plan was being presented in New York, that the virus would continue to pose a threat to the entire world if it were not fought everywhere.

He also warned that the virus had the potential to destabilise countries, which could in turn boost migration.

“There is a risk of the effects of this virus tipping regions into chaos,’’ Lowcock said. (dpa/NAN)