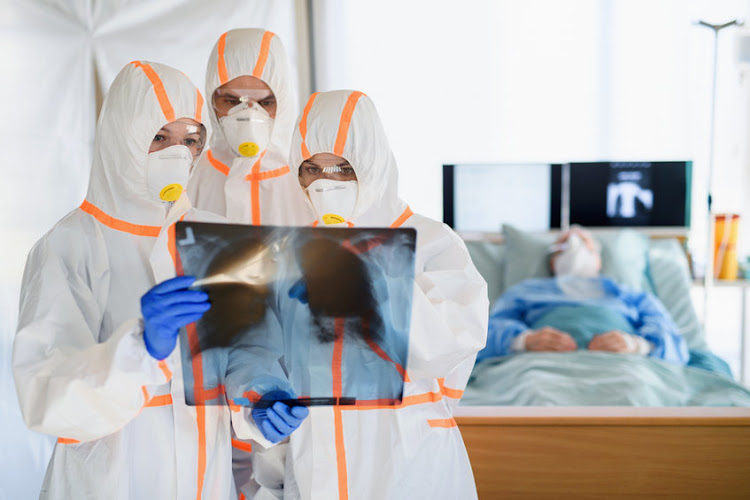 A comparison of Covid-19-related deaths in the third and fourth waves of the pandemic has confirmed that the virus itself is killing fewer patients during the latest Omicron-fuelled wave.

Instead, more deaths are occurring among Covid-19 patients who have conditions such as diabetes, stroke, tuberculosis and cancer.

Western Cape scientists who analysed the first 50 deaths in each wave among patients admitted to public-sector hospitals with SARS-CoV-2 infection said their findings were in line with anecdotal reports from doctors and lower oxygen consumption by hospitals during the fourth wave.

The Western Cape health department’s Masudah Paleker and her co-authors said in a preprint of their findings: “While there is a smaller proportion of Covid-19 pneumonia in wave four, there are increasing numbers of Covid-associated deaths where Covid-19 is not presenting with pneumonia but may have precipitated acute admission in already sick patients or may be completely incidental.”

The researchers examined health records of 50 deaths that occurred within five days at the start of the third Delta-driven wave and the same number in the fourth wave, which accumulated in 12 days.

“While most health authorities will continue to report ‘Covid-19 deaths’ as all deaths in patients with a positive Covid-19 test, these need to be interpreted appropriately in the context of increasing SARS-CoV-2 endemicity and immune-escape, widespread testing of admitted and deceased patients and high SARS-CoV-2 prevalence at wave peaks.”

The Western Cape findings coincided with a report from the SA Medical Research Council (SAMRC) showing the number of excess deaths from natural causes declining for a third successive week.

However, deaths from natural causes in the week ending January 8 remained higher than the predicted number based on historical trends in every province except Gauteng.

The SAMRC team that produces weekly reports on excess deaths said the number of deaths from natural causes continued to increase in the Western Cape, Mpumalanga and the Eastern Cape.

The national excess death rate since the start of the pandemic was 488 per 100,000 people, bringing the total number of deaths attributed to Covid-19 to 290,000, just more than three times the official tally on January 8.

The Northern Cape, KwaZulu-Natal and the Eastern Cape have registered the highest death rates when per capita figures are standardised according to the age of their populations, with the Western Cape and Gauteng registering the lowest rates.