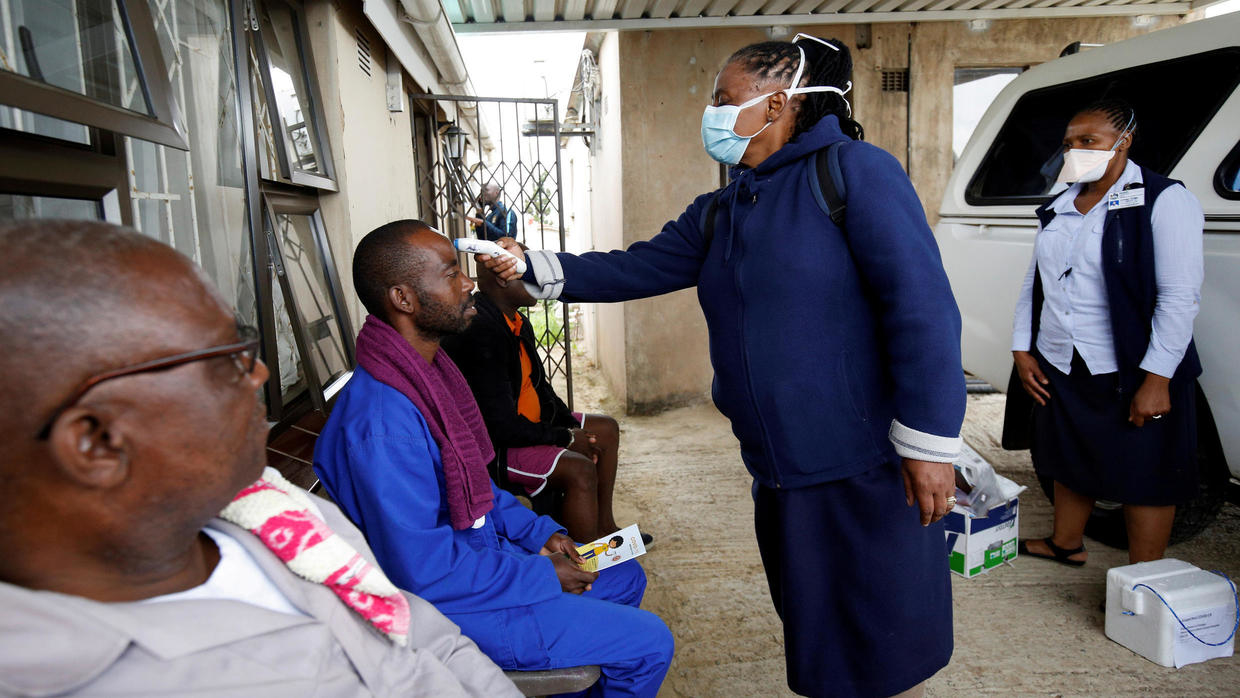 Desperately needed aid for millions of people across sub-Saharan Africa is under threat as the deadly coronavirus pandemic sweeps a continent already facing a volley of crises.

In some cases social distancing measures and border closures are preventing workers from distributing aid.

In others, funding is under threat as agencies scramble to pool resources to fight the fast-ballooning COVID-19 outbreak on the continent.

Cameroon’s polio vaccination campaign has been suspended, while in Chad a measles vaccination programme has been postponed.

In Niger and Burkina Faso, where hundreds of thousands of people have been displaced by jihadist violence, flights bringing in humanitarian aid have been put on hold.

In the Central African Republic, where most of the territory is under the sway of armed groups, supplies of chlorine, needed to provide safe drinking water, are running low.

“Some programmes have slowed down or been temporarily suspended, but most humanitarian operations are continuing,” said Julie Belanger, head of the UN‘s Office for the Coordination of Humanitarian Affairs for West and Central Africa.

“We are focusing on activities that are vital for survival, but we are also adapting our way of working,” Belanger told AFP.

The United Nations says about 76 million people in sub-Saharan Africa need aid to survive and protect their health.

The coronavirus pandemic could further threaten populations on the continent, which so far has at least 12,700 recorded cases and more than 650 deaths, according to an AFP tally Friday.

Organisations are quickly learning to change how they work to prevent the virus from spreading further.

In Niger, for instance, food handouts are being distributed in small groups in order to keep social distancing, said Jean-Noel Gentile with the UN’s World Food Programme.

“To reduce the frequency of food distribution, we are handing out two or three months of rations each time,” he said.

One fear that NGOs and governments have is that aid workers travelling to isolated areas could bring the coronavirus with them.

In eastern Democratic Republic of Congo (DRC), the first case of the virus registered in Goma was that of a Nigerian aid worker.

Masks, gloves and protective clothing are required by some organisations — but the crucial gear is hard to find in many countries.

“This is already difficult enough in France — you can imagine how it is in the furthest reaches of the Central African Republic,” said Isabelle Robin of the French charity Action Against Hunger (ACF).

The closure of borders and restrictions on movement inside countries are additional obstacles to delivering aid.

As a result, NGOs everywhere are attempting to negotiate with authorities in Africa to allow “humanitarian corridors” or exemptions for their personnel.

But of all the problems for humanitarian work right now, “the biggest is financial”, said a UNICEF official in the DRC, pointing to the fact that donor attention lies elsewhere at the moment.

The United Nations has launched a $2 billion (1.83 billion euro) “global humanitarian response plan” on coronavirus, much of it earmarked for Africa.

Though Africa has not been hit as badly as most of the rest of the world, the pandemic is a growing threat, given the continent’s weak healthcare systems, entrenched poverty, poor sanitation and crowded slums.

There are concerns that funds received to deal with problems existing before the outset of the pandemic may now have to be rerouted.

That could be a harmful approach.

“It’s important that we don’t forget other needs,” said Maaike Hersevoort, head of the Doctors Without Borders mission in the Central African Republic, pointing to an outbreak of measles there.

In western and central Africa, the number of people needing aid has increased — even before the coronavirus hit the continent.

There are 44 million people in need this year, six million more than in 2019, according to UN projections.

In the Sahel region, food insecurity levels are rising and there are fears for the next harvest following a poor rainy season.

“We are especially concerned for the children, who become more vulnerable to illness when they are malnourished,” said Robin from ACF.

More generally, wellbeing in Africa could be hit by tough measures to stem the spread of COVID-19 — lockdowns mean that millions of people are unable to work, and thus likelier to sink further into poverty.

“We must not lose sight of the mid- and long-term impact of this crisis,” said Bruce Biber of the International Committee of the Red Cross in the Central African Republic.

“People have already been under great pressure for years, so it takes very little to push them into a state of extreme distress.”