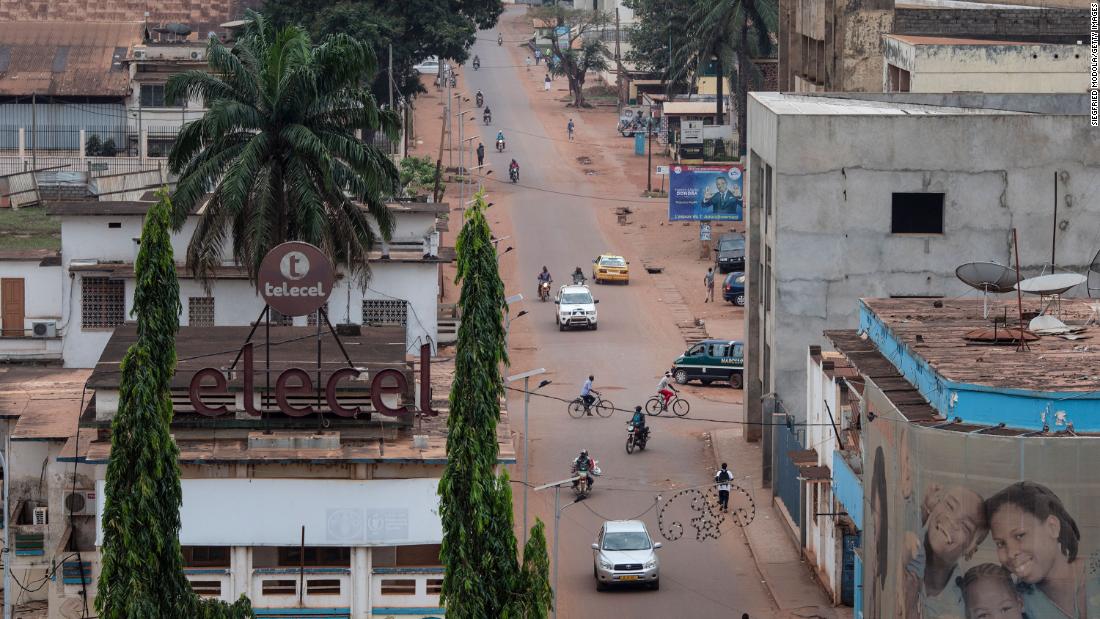 The report — which is based on interviews with 40 people, including 10 victims of violence and 15 witnesses — details abuses that were allegedly committed by men “with white skin speaking Russian” who wore “beige khaki clothes” and used military-grade weapons.

Citing evidence from “several Western governments, United Nations experts and special rapporteurs,” HRW attributed the crimes to “forces linked to Russia operating in the Central African Republic,” including “a significant number of members of the Wagner Group,” which is a private military security contractor with ties to the Russian government.

The Wagner group first came to prominence in 2014, when Russian-backed separatists in Donbas began their war with the Ukrainian government. Since then, independent research and CNN investigations have found that the private military contractor has operated in Syria and multiple countries in Africa. They have been accused by US officials and human rights watchdogs of sustained human rights abuses. In late March, Pentagon spokesperson John Kirby said about 1,000 people associated with the Wagner group were in the Ukraine’s eastern Donbas region. That same month, a senior Ukrainian adviser told CNN that Wagner was involved in an alleged assassination plot against the Ukrainian president and prime minister.

The group is thought to be connected to — and financed by — Yevgeny Prigozhin, an oligarch so close to the Kremlin that he is known as Russian President Vladimir Putin’s “chef.”

The Kremlin has repeatedly denied any links to the group. Prigozhin also denies any connection to Wagner.

“There is compelling evidence that Russian-identified forces supporting the Central African Republic’s government have committed grave abuses against civilians with complete impunity,” Ida Sawyer, crisis and conflict director at HRW, said in the report, which was released Tuesday.

“The failure of the Central African Republic government and its partners to forcefully denounce these abuses, and to identify and prosecute those responsible, will most likely only fuel further crimes in Africa and beyond,” Sawyer added.

CNN has reached out to the government of CAR for a response to the HRW report.

Fighting along ethnic and sectarian lines has plagued CAR since 2013. The role of Russia-linked forces in the ongoing conflict — and their reasons for being in the country — remain unclear.

One of the atrocities alleged in the report involved the killing of at least 13 unarmed men near the town of Bossangoa in western CAR.

The alleged incident took place on the morning of July 21, 2021, when Russian-speaking forces set up a roadblock, “stopped the men, beat, and shot them dead, and then put at least eight of the bodies in a shallow hole next to the road,” according to HRW. CNN has not been able independently to verify the claim.

In August 2021, the CAR government submitted a public report to the UN Security Council in which it promised to “set up a special commission of inquiry” to investigate who was responsible for the killings and “take appropriate measures.” The commission is yet to publish its findings, according to HRW.

HRW also spoke with six men who alleged they were unlawfully detained for weeks by the CAR national army and Russian-speaking forces, who the men said kept them in “inhuman conditions in an open hole at a national army base” in Alindao, Basse Kotto province in southern CAR.

According to the victims, several of those detained were beaten, and two were executed. HRW could not independently verify the allegations, according to its report.

Former Prime Minister of CAR Henri-Marie Dondra — who stood aside in February this year — asserts that there is no contract between his country and any Russian private security companies, according to local media reports cited by HRW.

In 2017, the UN Security Council waived an arms embargo on CAR, agreeing to the deployment of 175 Russian trainers for the local military. A formal agreement was then signed between CAR and the Kremlin in 2018 to allow Russian “former military officers” to train CAR forces, according to a 2021 United Nations report on the “use of mercenaries as a means of violating human rights.”

The United States, European Union, France and several UN Panels of Experts have all reported that the Wagner Group is present and operating in CAR.

In an interview with an Italian broadcaster last week, Russia’s Foreign Minister Sergey Lavrov reiterated Moscow’s long-held position that the Wagner Group has “nothing to do with” the Kremlin.

The United States Treasury defines the Wagner Group as a “Russian Ministry of Defense proxy force,” believed to be managed and financed by a Russian oligarch close to Putin. In 2020, the Treasury imposed sanctions targeting eight “entities and individuals” it said were working to “advance Russia’s influence in the Central African Republic.”

According to HRW, Russian-linked forces operating inside the country “do not wear a designated uniform with official insignia or other distinguishing features,” which can make it difficult for civilians to identify them.