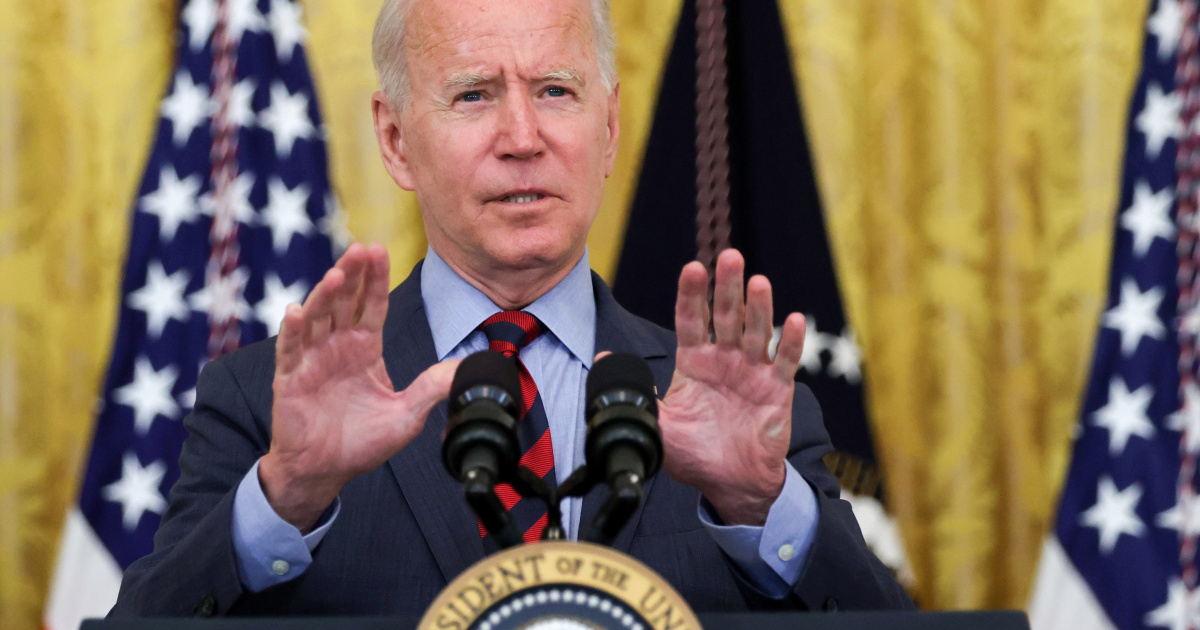 The US Centers for Disease Control and Prevention (CDC) has issued a new, 60-day moratorium on rental evictions, a move the United States public health agency said would protect about 90 percent of Americans.

The announcement on Tuesday comes amid a surge of COVID-19 cases linked to the spread of the Delta variant and follows the expiration on July 31 of the CDC’s previous ban on forced removals of millions of tenants who have been unable to pay rent during the pandemic.

The new ban applies specifically to US counties with “high levels of community transmission” of the virus, the CDC said in a statement.

“The emergence of the Delta variant has led to a rapid acceleration of community transmission in the United States, putting more Americans at increased risk, especially if they are unvaccinated,” CDC Director Rochelle Walensky said.

President Joe Biden told reporters at the White House that the new eviction ban is intended to provide more time for renters and landlords to obtain financial assistance through a federal aid programme administered by states and localities.

The goal is to avoid throwing “somebody out of the street”, to keep families in their apartments, “kids in the same school district”, and provide an opportunity for people to regain employment to “pay their rent”, Biden said.

The CDC measure drew applause from Democratic legislators who had pushed the White House to reinstate the moratorium, saying millions of vulnerable Americans would be forced out of their homes starting this week.

“Today is a day of extraordinary relief,” Democratic House Speaker Nancy Pelosi said in a statement. “The imminent fear of eviction and being put out on the street has been lifted for countless families across America.”

A small group of progressive Democratic legislators led by Representative Cori Bush had camped out on the steps of the US House of Representatives to protest official inaction on the eviction ban after the congressional chamber left Washington, DC, for a month-long recess.

“The idea that we could go on recess, and we could go on vacation as the House of Representatives, while millions of people – upwards of 11 million people – could end up being forced out of their homes, there was no way … absolutely no way,” Bush told the MSNBC news outlet on Tuesday.

Last month, the US Supreme Court ruled the CDC did not have the legal authority to extend an emergency moratorium on forced removals of people from their homes during the pandemic without specific authorisation from Congress.

Biden said there was debate among constitutional scholars about the scope of the court’s decision, reflecting some uncertainty among officials within the administration about its legal authority.

But Democratic US Representative Maxine Waters questioned whether the Supreme Court decision was definitive and tweeted “every minute wasted means another family could be forced onto the streets”.

The Supreme Court DID NOT rule on or even take up the case on the legality of the CDC eviction moratorium. Every minute wasted means another family could be forced onto the streets. Biden, #ExtendTheMoratorium now!

Biden and other US legislators hope such an extension would provide more time to speed distribution of $46.5bn in rental relief for tenants and landlords already allocated by Congress to US states.

“By the time it gets litigated it will probably give some additional time while we’re getting that $45bn out to people who are in fact, behind in the rent and don’t have the money,” Biden said.

He also called on state and local governments to extend or put in place statewide and local eviction bans for the next two months. Such bans already cover about a third of the US.

Meanwhile, Senate Republican Leader Mitch McConnell said on Tuesday that it “doesn’t seem to me to require any additional legislative action to get the money out there that’s already been made available, so it can solve the problem”.

More than 6.5 million US households are currently behind on $20bn in rental payments, according to a study by the Aspen Institute and the COVID-19 Eviction Defense Project.