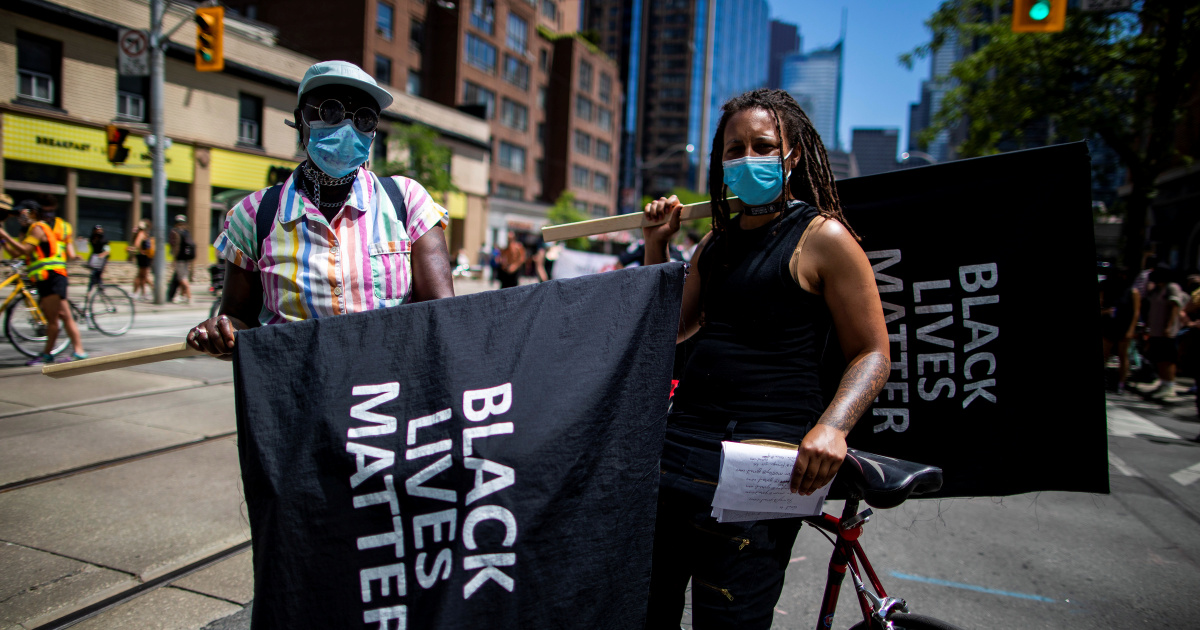 August 1 is now recognised across Canada as Emancipation Day, marking the end of slavery in the British Empire in 1834.

After years of campaigning by Black legislators and community advocates, Canada on Sunday is officially marking the abolishment of slavery nearly 200 years ago in its first nationwide Emancipation Day.

Canadian parliamentarians unanimously voted in March to recognise Emancipation Day across the country on August 1, the same date in 1834 that an act came into effect banning slavery in former British colonies, including Canada.

Senator Wanda Thomas Bernard, a leading figure in the years-long push for federal recognition of Emancipation Day, said the day “is not a celebration” but rather “a time of reflection, a time of remembering our ancestors and a time for honouring our ancestors”.

“The national recognition of Emancipation Day signals the beginning of what we do next,” Thomas Bernard said during an online event ahead of Sunday, explaining that Black history must be taught across Canada year-round, and that an apology and reparations need to be discussed.

Prime Minister Justin Trudeau said in a statement on Sunday that “Emancipation Day is a representation of social activism, justice, and our commitment to an equitable future”.

“Today, we recommit ourselves to fighting anti-Black racism, xenophobia, racial discrimination, and related intolerance faced by people of African descent in Canada,” he said.

But the history of slavery in Canada remains largely unknown, with much more attention paid to – and more education available on – slavery in the United States, which in June made Juneteenth a national holiday to commemorate the end of the practice.

In Canada, slavery took place over a 200-year period prior to the signing of the Slavery Abolition Act in the United Kingdom in 1833. The act came into effect on August 1, 1834.

Slavery was practiced in the early colonies of what later became Canada, with one historian estimating that 4,200 people were enslaved in New France (the modern-day province of Quebec) and then in Upper and Lower Canada (Quebec and neighbouring Ontario) between 1671 and 1831.

Both Black and Indigenous people were enslaved in the early colonies of what is now Canada.

I am grateful for all the community activists who fought for this federal recognition for decades & @MajidJowhari & his team in the HOC for passing #motion36 https://t.co/vJYHnFi5W3

“After British colonial settlers established Upper Canada, the number of enslaved Africans and their descendants increased significantly. It is estimated that 3,000 enslaved men, women and children of African descent were brought into British North America and eventually outnumbered enslaved Indigenous Peoples,” the Canadian government says on its website.

“Many enslaved Black people resisted slavery by fleeing Upper Canada to a territory known as the Northwest Territory, which included Michigan and Ohio, as well as to Vermont and New York, which had banned slavery in the late 18th century.”

Several events are planned across the country on Sunday.

Community advocates, for their part, are also pushing for authorities to go beyond symbolic recognition and address the longstanding effects of slavery in Canada, such as systemic anti-Black racism.

“Emancipation Day and the creation of other federal holidays that recognize Black suffering is an important step toward equality – but only if accompanied with a genuine will to pair recognition with action and justice,” Sarah Raughley, an academic, public writer and novelist, wrote in a July 31 column for CBC News.

“For real progress to continue, we need more than just a tacit acknowledgement from Canadians and our government,” the Canadian Commission for UNESCO also wrote in a blog post this week.

“Observing a shameful historical moment in our history is one thing. Doing something proactive to address its legacy is another.”