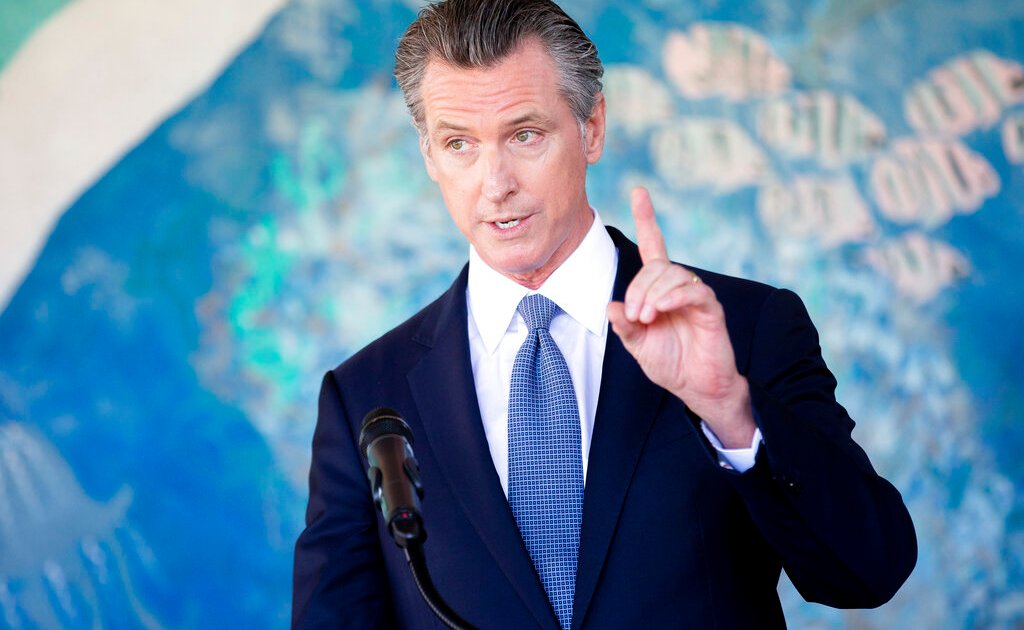 California has become the first US state to require teachers and other school staff to be vaccinated or regularly tested for COVID-19, a move Governor Gavin Newsom called “a responsible step” to ensure the safety of children.

Newsom announced the new policy on Wednesday at a San Francisco Bay Area school that reopened earlier this week to in-person classes. Many California schools are back in session, with others starting in the coming weeks.

“We think this is the right thing to do and we think this is a sustainable way to keeping our schools open and to address the number one anxiety that parents like myself have for young children,” Newsom said.

The decision comes as the United States grapples with a surge in COVID-19 infections, hospitalisations and deaths, particularly in states where vaccination rates are low – prompting concerns and calls from public health officials for more Americans to get jabs.

Vaccines and masks have become a divisive issue in the US, splitting the country along political lines despite near-universal agreement among health experts that mask-wearing and vaccines limit the spread of the virus.

Coronavirus cases in the US have spiked to the highest levels in six months, according to a tally by the Reuters news agency. New infections have increased more than five-fold over the past month, with the seven-day average hitting 118,000 on Tuesday.

But some states continue to refuse to impose mask mandates or other measures aimed at preventing the virus’s spread.

Newsom’s announcement on Wednesday came after a ban on mask mandates by Texas Governor Greg Abbott hit a legal setback when a judge in Dallas temporarily blocked it from being enforced amid the nationwide rise in cases.

Abbott and fellow Republican Governor Ron DeSantis of Florida have faced criticism for issuing statewide orders that prevent local officials from requiring that masks be worn.

In Tennessee, anti-mask protesters this week heckled masked people, including doctors and nurses in Williamson County, where the school board voted earlier to require masks for elementary students.

A Twitter video with nearly 1 million views shows the crowd surrounding a masked man as he walked to his car. Protesters yelled: “We will find you” and “We know who you are. No more masks.”

The vaccination requirement in California schools follows similar orders that applied to state employees and healthcare workers. Some California school districts have already implemented requirements that mirror those now being put into effect at the state level.

The head of the nation’s second-largest teachers’ union also expressed support for vaccine mandates over the weekend, saying it was “a matter of personal conscience”.

The White House said last week that almost 90 percent of US educators and school staff are vaccinated.

The federal government and several US states, along with some hospitals, universities and a growing number of private employers, have said they will require employees to be inoculated.

New York City last week become the first big US city to require proof of COVID-19 vaccination at restaurants, gyms and other businesses, starting next month.

In Texas, the temporary order in Dallas issued late on Tuesday by Judge Tonya Parker allows officials in the state’s second-most populous county to require masks indoors, contravening Abbott’s July order against such mandates. A hearing on August 24 will determine whether to extend the temporary order.

The top elected official in Dallas County, Judge Clay Jenkins, who sought the court order, said preventive steps such as mask-wearing are needed to combat a spike in new cases of COVID-19.

“Models predict ongoing dramatic increases in cases and hospitalizations over the coming weeks that will exceed the peak earlier this year unless behavior change takes place,” Jenkins said on Twitter.

Meanwhile, Florida’s Broward County school board on Tuesday flouted an order by DeSantis that outlaws mask requirements in the state.