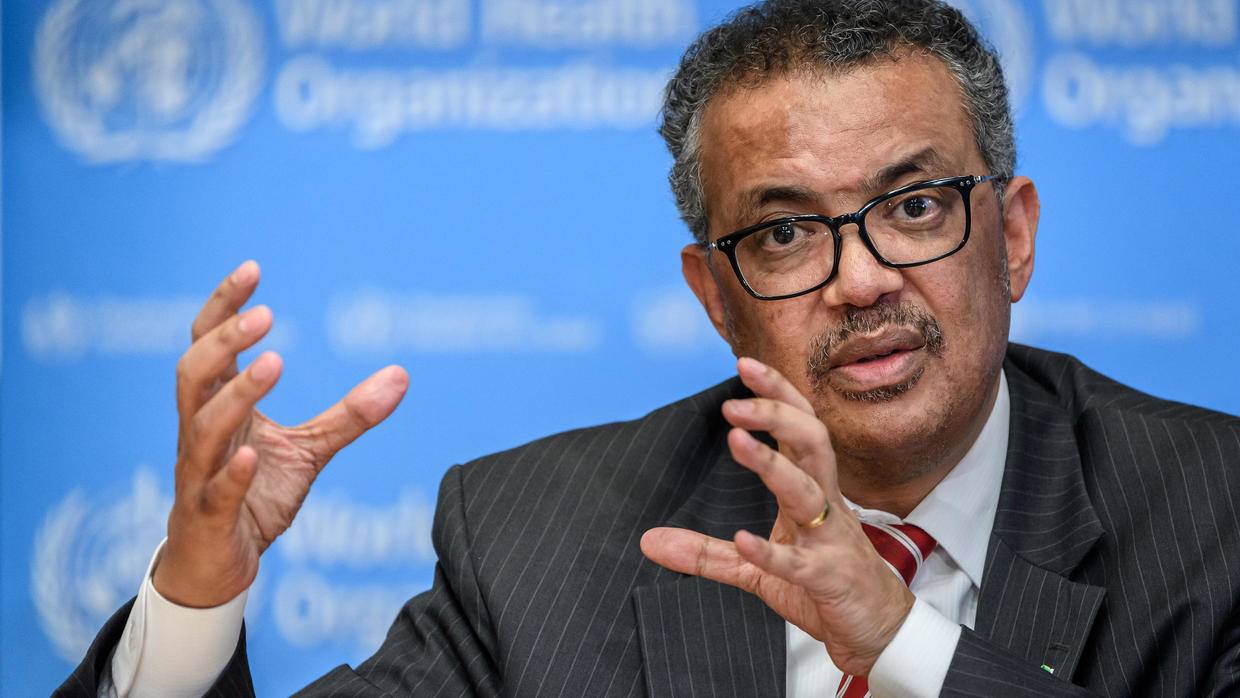 Sub-Saharan Africa on Wednesday recorded its first COVID-19 death, a high-ranking politician in Burkina Faso, as the head of the World Health Organisation urged the continent to “prepare for the worst”.

“Africa should wake up,” Tedros Adhanom Ghebreyesus told a news conference in Geneva, pointing out that “in other countries we have seen how the virus actually accelerates after a certain tipping point”.

Africa has lagged behind the global curve for coronavirus infections and deaths, but in the past few days has seen a significant rise in cases.

Experts have repeatedly warned about the perils for the continent, given its weak health infrastructure, poverty, conflicts, poor sanitation and urban crowding.

Medical authorities in the poor Sahel state of Burkina Faso announced Wednesday that the number of infections there had risen by seven to 27 — and that one of them, a 62-year-old diabetic woman, had died overnight.

The country’s main opposition party, the Union for Progress and Change (UPC), said in a statement that the victim was its lawmaker Rose-Marie Compaore, the first-vice president of the parliament.

South Africa, the continent’s most industrialised economy, reported a more than one-third jump in cases, with 31 new infections bringing its tally to 116.

Nearby Zambia announced its first two confirmed cases — a couple that returned to the capital Lusaka from a 10-day holiday in France.

As of Wednesday, a tally of reported cases, compiled by AFP, stood at more than 600 for all of Africa.

Of these, 16 cases have been fatal: six in Egypt, six in Algeria, two in Morocco, one in Sudan and one in Burkina Faso.

Those figures are relatively small compared to the rest of world — the global death toll has passed 8,800 with almost 210,000 total infections.

WHO chief Tedros said sub-Saharan Africa had recorded 233 infections, but warned the official numbers likely did not reflect the full picture.

“Probably we have undetected cases or unreported cases,” he said.

‘We live day to day’

Watching from afar as disaster unfolds in Asia and Europe, some African countries have wasted little time in ordering drastic measures.

Air traffic has been particularly hard hit, as many of Africa’s initial cases were detected in people who had returned from affected countries in Europe and the Middle East.

Some countries, such as Somalia, Chad, Guinea-Bissau and, most recently, the island of Madagascar have moved to stop all flights into their countries.

On Wednesday, Cape Verde — a tropical archipelago off Africa’s west coast that is heavily dependent on tourism — and the continent’s most populous nation, Nigeria, joined others in banning flights from the countries most affected by coronavirus.

Burkina Faso has ordered the closure of all schools and barred all public and private gatherings until the end of April.

There was concern on the unusually quiet streets of the capital Ouagadougou on Wednesday.

“It’s worrying what is happening with this virus, but we cannot barricade ourselves like developed countries. We lack everything here — we live day to day,” said bicycle seller Boureima Baguian.

“We cannot, for example, close the big market. If that happens, it’s not the coronavirus that will kill us but misery and hunger.”

South Africa, Sub-Saharan Africa’s worst-hit country, has banned cruise ships from its ports. More than 1,700 people are stranded on a liner off Cape Town over fears that some have the virus.

It is just the latest blow to tourism across the continent, with coronavirus fears also cancelling sporting, cultural and religious events.

Christian and Muslim leaders in Burkina Faso, Ivory Coast and Senegal said they would suspend services to protect their faithful.

A 2016 analysis by the Rand Corporation, a US think-tank, found that of the 25 countries in the world that were most vulnerable to infectious outbreaks, 22 were in Africa — the others were Afghanistan, Yemen and Haiti.

The report identified a “disease hot spot belt” extending across the southern rim of the Sahara through the Sahel to the Horn of Africa, where many countries are struggling with conflicts.

“Were a communicable disease to emerge within this chain of countries, it could easily spread across borders in all directions, abetted by high overall vulnerability and a string of weak national health systems along the way,” the report warned.

Tedros recommended that mass gatherings be avoided, urging Africa to “cut it from the bud, expecting that the worst can happen.”

“The best advice for Africa is to prepare for the worst and prepare today,” he said.