Buratai urges troops to brace up for final onslaught on insurgents 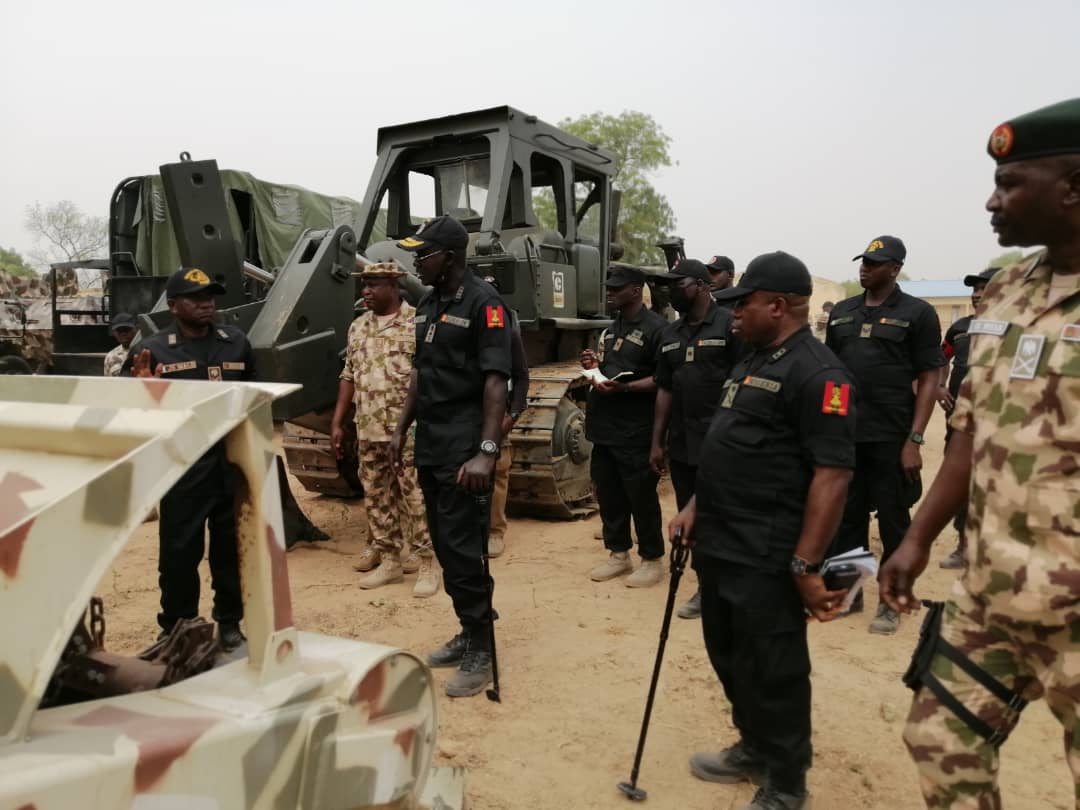 By Sumaila Ogbaje
The Chief of Army Staff (COAS), Lt.-Gen. Tukur Buratai, has tasked troops in the north east theatre of operation to braze up for the final defeat of insurgents.

The troops are on training at the army special super camp at Ngamdu.

He directed them to take their training seriously in preparation for the speedy conclusion of the war against insurgency in Nigeria.

The COAS directed the troops to take advantage of their new additional equipment and platforms to hasten the final defeat of insurgency in Nigeria.

He further enjoined the officers and men to ensure that the recent setback experienced does not deter them from defeating the terrorists.

According to him, with more commitment, courage and resilience insurgency will soon be history in our country.

“As you all know, we have been on this ground for long and I expect us to remain resolute, selflessly committed and push for the total defeat of the Insurgents in the coming days.

“I assure you that what is remaining is very small but it will require us to put more efforts, more determination and more courage to complete the remaining part of the battle soon.

“Recall that of recent, we had setbacks which must not be allowed to happen again. We will not allow any further casualties both in men and equipment,” he said.

Buratai however assured the troops of the provision of additional military hardwares and platforms to enhance the speedy completion of the ongoing war against insurgency in the North East.

He said that the Nigerian Army had taken delivery of more equipment and platforms that would be deployed to various theaters of operations across the country.

News Agency of Nigeria (NAN) reports that Buratai has been on operational tour to various troops’ locations in the North East theatre of operation since on Monday the 6th of April 2020.

He also visited Army Super Camp 1 at Molai and the Special Forces Super Camp 12 in Chabbol near Maiduguri on Wednesday.

The COAS was also at the Forward Operating Base at Alau Dam, outskirts of Maiduguri and also personally led the troops on reconnaissance around Mairimari Forest located southeast of Tamsu Ngamdua in Mafa Local Government Area of Borno State.

Similarly, the COAS went round Maigilari Forest in the east of Tamsu Ngamdua in the southwest of the same Mafa Local Government Area.

These areas are generally seen as the routes and directions of approach into Maiduguri by the Boko Haram/ISWAP Criminals.