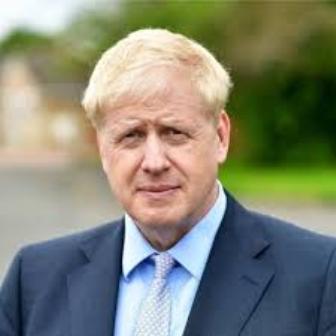 Lockdown
Britain’s Foreign Secretary, Dominic Raab, has confirmed the early imposed lockdown would not be lifted after he chaired a meeting of the Cobra emergency committee.

He said transmission in the community was ‘almost certainly’ below the level at which the outbreak will peter out, but there was still spread in hospitals and care home.

‘Based in this advice the government has decided the measures must remain in place for at least the next three weeks,’ he told the daily Downing Street briefing.

The government is under massive pressure to set out an ‘exit strategy’ from the social distancing measures.

However, Mr Raab said: ‘We are being as open as we responsibly can at this stage.’

He, however, offered five criteria for when the lockdown could start being loosened.

They are certainty that the NHS will not be overwhelmed, a consistent reduction in the death rate, evidence that transmission is at manageable levels, capacity for wide scale testing and PPE provision, and low danger of a ‘second peak’.

Health Secretary Matt Hancock suggested earlier that the public cannot be trusted with a blueprint for how the restrictions could be eased.

But Nicola Sturgeon risked enraging Westminster counterparts by insisting the public does have a right to know how politicians plan to get out of the crisis, as it threatens to rip the economy to shreds.

In a sombre speech in Downing Street, Mr Raab – who is deputising for Boris Johnson as he recuperates at Chequers – said:  ‘Overall, we still don’t have the infection rate down as far as we need to.

‘As in other countries we have issues with the virus spreading in some hospitals and in care homes and in sum, the very clear advice we have received is that any change to our social distancing measures now would risk a significant increase in the spread of the virus.

‘That would threaten a second peak of the virus and substantially increase the number of deaths.

‘It would undo the progress we have made to date and as a result would require an even longer period of the more restrictive social distancing measures.

‘So early relaxation would do more damage to the economy over a longer period and I want to be really clear about this.

‘The advice from SAGE is that relaxing any of the measures currently in place would risk damage to both public health and our economy.’

He added: ‘Based on this advice which we very carefully considered the government has decided that the current measures must remain in place for at least the next three weeks.’

Mr Raab said the public needed to show ‘patience’ and stick with the restrictions to stop the spread of the virus.

‘There is light at the end of the tunnel but we are now at both a delicate and a dangerous stage in this pandemic,’ he said.

‘If we rush to relax the measures that we have in place we would risk wasting all the sacrifices and all the progress that has been made.

Mr Raab said when the government has met its criteria it would look to adjust the measures to make them ‘as effective as possible in protecting public health whilst allowing some economic and social activity to resume’.

‘But we will only do it when the evidence demonstrates that it is safe to do it,’ he said.

Mr Raab insisted ‘there is light at the end of the tunnel’ but refused to set out a ‘definitive timeframe’ for easing the lockdown measures.

He said: ‘The Prime Minister said at the outset that it would take three months to come through the peak and I think that, broadly, is still the outline.

‘We can’t give a definitive timeframe, that would be to prejudge the evidence, that wouldn’t be a responsible thing to do.

‘But our message to the British public is: there is light at the end of tunnel, we are making progress, but at the same time we must keep up the social distancing measures.’