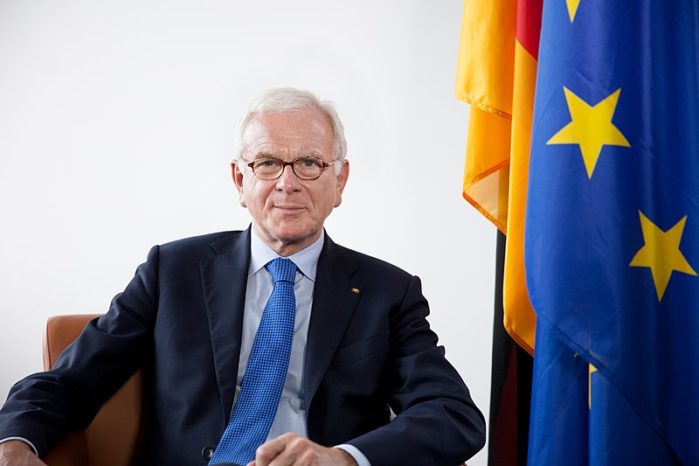 Pottering made this known during a seminar organised by the Konrad Adenauer Stiftung (KAS), a German Foundation, with the theme: “The roles of Parliaments in Supranational communities”.

According to him, Britain did not carefully think of the negative impact of leaving the European Union before calling for a referendum.

“I am very disappointed about Brexit, it is the worst thing I have experienced in my political life when I was leader of our group, the European People’s Party from 1999 to 2007.

“The British Conservative was part of that, we had a very good operation and I think it was a terrible decision by David Camron to have a referendum on Brexit.

“And the politicians partly lied, they did not say the truth to the people and now, they have realized they have made a mistake.

“I think that Brexit will finally happen but there might still be some developments we do not expect, I don’t know.

“And I am very sorry that Britain wants to leave the European Union”, Pottering said.

Pottering said that without the European Parliament, Britain cannot leave and the process was ongoing with the British government trying to get an agreement with the European Union Council.

He added Britain also needs the agreement of the European Parliament before it could exit the EU.

According to him, it will be quite an interesting experience for the British to be alone and they can trade with any country they wish in the world and this is a great advantage for the European Union.

“And I am very happy that so far, the 27 countries are staying  together and will continue to stay together,” Pottering added.

Pottering, however, urged Nigeria and ECOWAS to defend their national interes whenever approached to have trade or business agreements with the United Kingdom. (NAN)