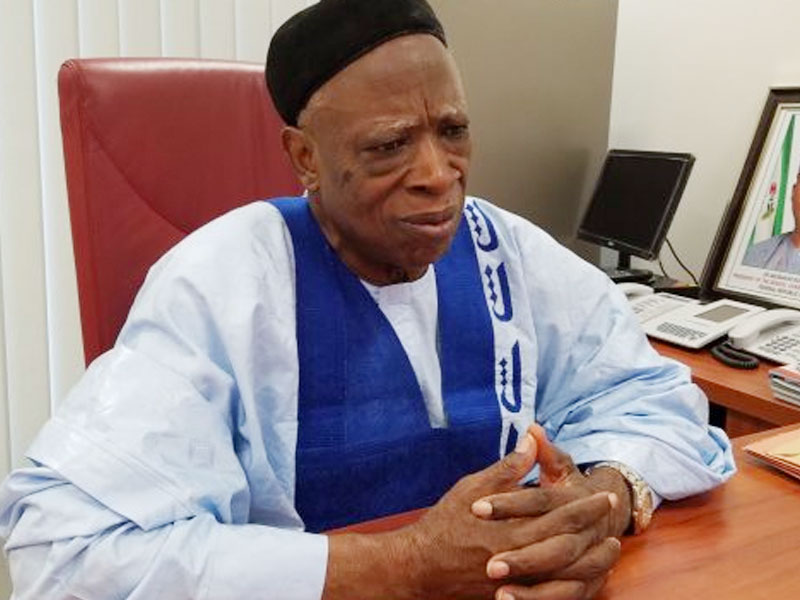 Fresh crisis is currently browing in National Working Committee (NWC) of the ruling All Progressives Congress (APC) over unilateral decisions being taking by the national chairman Senator Abdullahi Adamu.

In a leaked letter addressed to the national chairman by the North-west National Vice Chairman of the party, Mallam Salihu Moh Lukman, warned that if care is no taken Adamu-led NWC might snowball into what happened under past leadership of Adams Oshiomhole and Mai Mala Buni.

The leaked letter titled: “Rebuilding APC: Need for new initiatives” is dated May 27, 2022.

“No doubt, given all the challenges inherited and coming at a time when it’s extremely difficult to control events and almost everything would appear to have been set against the party and its leadership, we need to take every measure to avoid past pitfalls.

“Perhaps, it is important to acknowledge that, as National Chairman, you have raised the expectations of many of us in the NWC, and by extension many party leaders. For instance, the whole idea of setting up a transition committee, which took stock of what we have inherited was your singular initiative.

“The report of the committee was to say the least very shocking. Apart from the fact that there were more than 200 employees in the party’s National Secretariat, most of whom without valid letters of employment, there were no standardized conditions of service. Statutory requirements for taxations, pensions and insurance benefits as provided by relevant labour laws are not being respected. There were claims by legal firms about liability owed for legal cases handled without valid contracts.

“All these were partly responsible for why many of the party’s bank accounts were blocked by subsisting court judgements, most of which copies are not available at the National Secretariat, which with your guidance the Party’s Legal Department is able to resolve.

“Partly based on your recommendations and insistence, to reform the Secretariat, the NWC decided to send all the Directors on leave pending the outcome of our investigation. It is clear to every discerning member of the NWC that many of the Directors, f not all, would have to go. it is also clear that. apart from the Directors, there are many workers in the Secretariat that should go.

“However, important and laudable as these decisions would appear to be, is inadequate if it is not matched with initiatives to standardize operational practices in the National Secretariat, especially in terms of ensuring that employment requirement conforms with extant labour laws. As the ruling party, this must be guaranteed. As things are, we have suspended every initiative to reform the Secretariat, understandably so given all the challenges of meeting deadlines for electing party candidates for 2023 general elections. The danger is that what we inherited will soon become the acceptable practice and new Directors and workers would be employed without any commitment to meeting provisions of the law with respect to employment standards.

“The other challenge is how as NWC we seem to be handling very critical responsibilities of managing affairs of the party very casually.

On the issue presidential primary, Comrade Lukman lamented that barely 24 hours to the special convention no proper arrangements were in places.

“The case of appointing Screening, Primary and Convention Committees is a good example.

“Again, although with your prompting, a committee was set up under the leadership of Deputy National Chairman (North). Sen. Abubakar Kyari with the task of managing all the processes, eventually the committee was unable to discharge its function.

“Partly because of that, for instance, although the National Convention to elect the party’s Presidential Candidate is scheduled for May 29 and 30, less than 48 hours, we are yet to have a Convention Committee in place.

“In fact, the Presidential aspirants are yet to be screened. The official explanation is that you are awaiting final consultation with President Buhari. At the risk of sounding agitated, this is unfair to President Buhari because to the best of my understanding it is an attempt to use the President’s name to give excuses for failure, if it happens, which should not be the case.

“As NWC and as our leader being the National Chairman, I want to appeal to you on the need for new initiatives in managing the party. At the rate we are going, we are walking back to the old spot of over centralised implementation of party decisions around the National Chairman. Increasingly, critical challenges of managing important tasks such as organising National Convention to produce Presidential Candidate of the party is being handled informally. This should not be so, and everything must be done to correct that.

“Finally, the issue of conditions of party leaders, including the NWC members is completely left unattended. The official excuse is that you requested a budget. Consequently, two months now in office no decision has been taken to pay members of the NWC. The specific details of entitlements of NWC members are being reduced to speculations. This is very unhealthy and should be corrected. Partly. this is giving legitimacy for many unethical practices, which would appear to be influencing the conducts of some members of the NWC.

“Your Excellency, I wanted to meet you to discuss these matters. Unfortunately, it has proved difficult, and I feel very strongly about these matters. It is my hope that you will be able to prioritize developing good relationships with individual members of the NWC to accommodate our individual perspectives in handling the task of rebuilding our party. APC. I am confident that Your Excellency will be able to provide the needed leadership to rebuild our party, APC.”