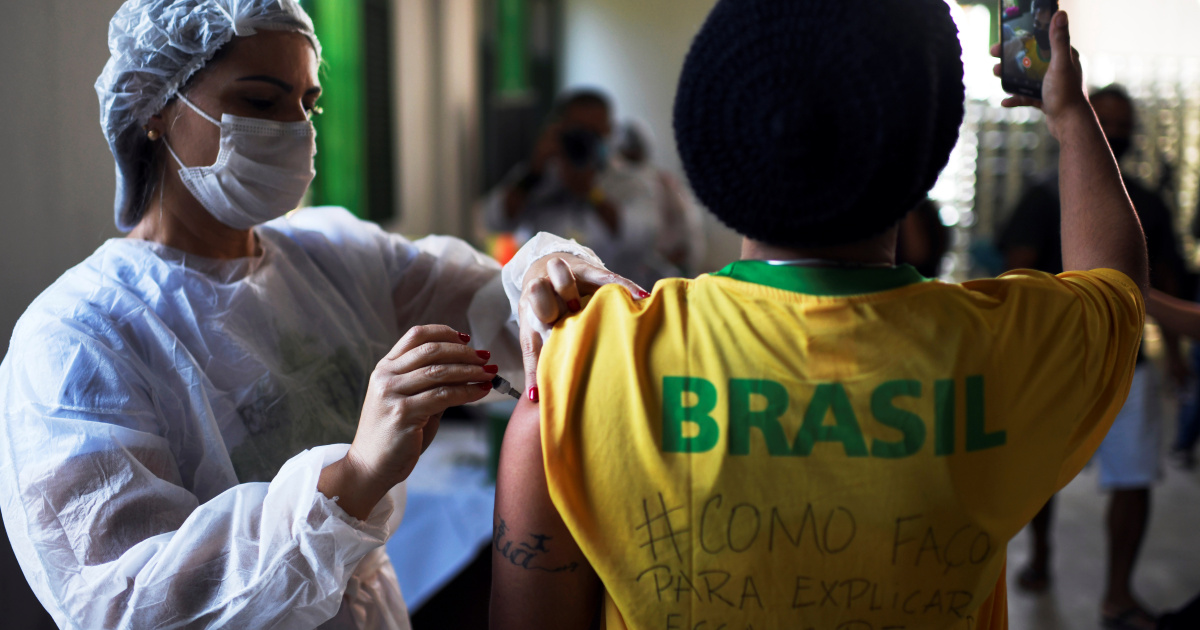 Brazil last registered a seven-day average of fewer than 1,000 COVID deaths in January at start of brutal second wave.

Brazil’s seven-day average of coronavirus-related deaths has passed under the 1,000 mark for the first time since January, when a brutal second wave of the pandemic was taking hold of the South American nation.

The country has registered over 19.8 million COVID-19 cases and more than 555,400 deaths since the crisis began, according to data from Johns Hopkins University – the second-highest death toll in the world after the United States.

With 910 additional deaths registered in the last 24 hours, according to the country’s health ministry, Brazil reported an average of 989 daily deaths over the past week. The last time the figure was below 1,000 was on January 20, when it sat at 981.

While COVID-19 deaths and infections have dropped in recent weeks, and the rate of vaccinations has increased, health experts are warning that a new surge could be on the way in part due to the spread of the highly contagious Delta variant.

At the same time, Brazilian President Jair Bolsonaro, a coronavirus sceptic who continues to downplay the seriousness of COVID-19, has faced mounting pressure to account for his handling of the crisis.

Thousands protested in several cities across the country this month to demand the far-right leader’s impeachment – a move that has the support of a majority of Brazilians, according to a recent poll.

A Senate commission in April launched an investigation into how Bolsonaro tackled the coronavirus, including whether his government politicised the pandemic and whether it showed negligence in its efforts to purchase COVID-19 vaccines.

Since then, Bolsonaro has been accused of failing to act on alleged irregularities in a procurement of vaccines from India. He also faces allegations that he was involved in a scheme to skim his aides’ salaries when he served as a federal deputy.

The president has denied all the accusations.

Meanwhile, after a slow and chaotic start to its coronavirus vaccine rollout, Brazil has increased the pace of inoculations, registering more than 1 million jabs per day since June.

To date, more than 100 million people have received at least one dose, while 40 million are considered fully vaccinated.