Boeing 737 Max: ‘Nothing will ever be the same’ 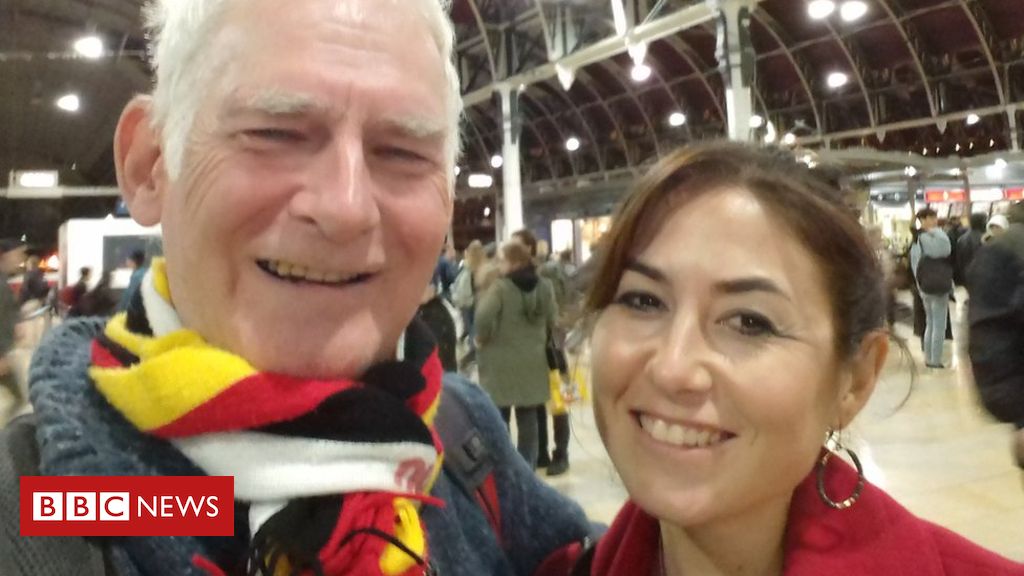 “I learn to cope but nothing will ever be the same again. I was at a party last night with people having fun, and it suddenly struck me that I’m no longer able to join in with things like that.”

Adrian Toole describes his daughter Joanna as a “star” destined to go on to greater things in her UN career.

The 36-year-old was one of 157 people killed when an Ethiopian Airlines flight crashed one year ago. It was the second time a Boeing 737 Max plane had crashed in the space of just five months.

“I don’t think there’s anything I could have done to stop her being on that plane. I didn’t know any of the issues. Few people did know about them.”

‘Safety of the travelling public’

Mr Toole is now calling for the UK government to remain a member of the European Aviation Safety Agency (EASA).

EASA is the organisation in charge of regulating aviation safety in Europe. Among other things, it makes sure new types of aircraft are safe to fly and sets training requirements for pilots.

The government has now confirmed that at the end of 2020, Britain will leave EASA after the Brexit transition period comes to a close.

“Our government should ultimately be ensuring the safety of the travelling public. More people nowadays fly. People should be able to rely on whatever regulatory framework there is to keep them safe,” Mr Toole says.

“I don’t think you can rapidly replace the structure of EASA – so just take the difficult decision to remain a member.”

The Department for Transport (DfT) said being a member of EASA “is not compatible with the UK having genuine economic and political independence”.

A DfT spokesperson added: “We will maintain world-leading safety standards for industry, with the Civil Aviation Authority [CAA] taking over these responsibilities, and will continue to work with colleagues in the EU to establish a new regulatory relationship.”

But Adrian Toole cited concerns with the CAA taking on a vast amount of work. He called it an “impossible task”.

“What I would expect would happen is that we would end up ‘rubber-stamping’ decisions either taken in America by the Federal Aviation Administration [FAA] or in Europe, without having any direct input. And that’s not a good solution.”

The issues with the 737 Max

In the wake of two crashes involving the 737 Max, the FAA faced criticism over the way in which it had delegated a large amount of safety work relating to the aircraft to Boeing itself.

In January, its chief executive Steve Dickson insisted that the FAA was working alone on resolving issues with the 737 Max. He said: “We’re not delegating anything in this process.”

Adrian Toole suggests: “The relationship between the FAA and Boeing was too close for comfort.”

He adds: “I would certainly like to be able to trust [Boeing]. In the corporate world, putting safety first is the most difficult thing to actually achieve… I’m not convinced that the top management at Boeing are the people that are going to change this around.”

Boeing’s new chief executive, David Calhoun, said last month he was “confident in the future” of the firm.

He told staff his “primary focus” would be returning the 737 Max to the skies.

“I see greatness in this company, but I also see opportunities to be better,” he said.

Europe’s aviation regulator, EASA, has also reassured the families of victims of the Ethiopian Airlines crash that it will “take nothing for granted” when it conducts its own assessment of the Boeing 737 Max before it is allowed to fly again in Europe.