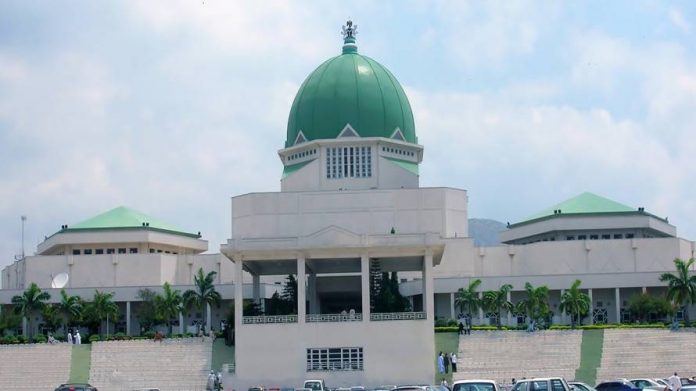 A Bill for an Act to alter section 308 of the 1999 Constitution to extend immunity to cover presiding officers of legislative institutions has passed second reading in the House of Representatives.

The which was sponsored by Rep. Odebumi Olusegun (APC-Oyo) was passed at the plenary on Tuesday.

Leading the debate on the bill, Olusegun said that immunity for presiding officers was in line with international best practices.

The Majority Leader of the house, Rep. Ado Doguwa (APC-Kano), told the house not to shy away from discussing matters that concerned the institution.

He said if immunity covered the president and the governors, protecting them from being distracted while doing their jobs, the same should be extended to presiding officers of the parliament.

Doguwa said that if the legislature was the backbone of democracy, then the presiding officers should enjoy immunity as well to protect the institution.

Also, Minority Whip of the house, Rep. Toby Okechukwu (PDP-Enugu) recalled that in 2015, the bill was passed but was not signed.

He recalled that the former presiding officers of the Senate were chocked with litigation which affected the entire parliament.

Okechukwu said that though the officers were later acquitted, the activities of the Senate and indeed the National Assembly was affected.

He said though the Power and Privileges Act protects members of the house from what they say at he chambers, the bill was to protect the institution of the legislature.

Opposing the bill, the Minority Leader of the house, Rep. Ndudi Elumelu (PDP-Delta), said that “what is important to the Nigerian people is security of lives and property and not immunity for presiding officers”.

He said that Nigerians were being killed on the daily basis and that the clamor to hold people accountable was on the increasing.

Elumelu said that passing a bill conferring immunity on presiding officers was not what the parliament should be doing.

“I think it is wrong and should not be allowed; I think we should jettison this bill as there is nothing presiding officers are doing that cannot be accounted for,” he said.

Rep. Sergius Ogun (PDP-Edo) said that at a time when Nigerians were asking for the removal of immunity from the executive, the legislature should not be asking for immunity.

Ogun said that that immunity was already being abused saying that there is no reason why a sitting president or governor not go to jail for a crime.

He said that immunity for presiding officers in the legislature was not what the what the parliament needed at the moment.

Also, Rep. Bob Solomon (PDP-Rivers) said that he is against that idea of immunity for public officers like the president and governors.(NAN)