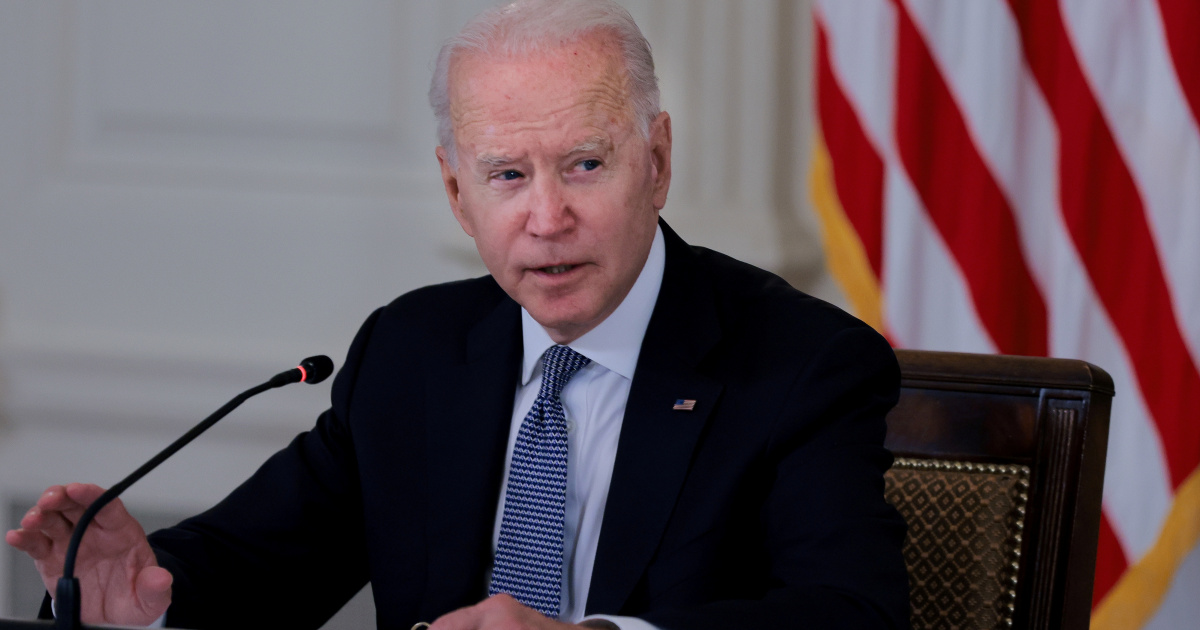 The administration says it is considering a range of additional options including providing internet access to Cubans.

The Biden administration announced new sanctions on Friday against Cuba’s National Revolutionary Police and its top two officials, as the US looks to increase pressure on the communist government following this month’s protests on the island.

The Police Nacional Revolcionaria and the agency’s director and deputy director, Oscar Callejas Valcarce and Eddie Sierra Arias, were targeted in the latest sanctions announced by the Department of the Treasury’s Office of Foreign Assets Control. The police are part of Cuba’s interior ministry, which was already the subject of a blanket designation by the Trump administration back in January.

“We hear the cries of freedom coming from the island. The United States is taking concerted action to bolster the cause of the Cuban people,” President Joe Biden said at the start of a White House meeting with Cuban-Americans not long after Treasury announced the sanctions.

The administration said it is considering a wide range of additional options in response to the protests, including providing internet access to Cubans, and has created a working group to review US remittance policy to ensure that more of the money that Cuban Americans send home makes it directly into the hands of their families without the government taking a cut. Biden added that more sanctions were in the offing.

The White House meeting comes almost three weeks after unusual July 11 protests in which thousands of Cubans took to the streets in Havana and other cities to protest against shortages, power outages and government policies. They were the first such protests since the 1990s.

The Cuban regime deployed the PNR to attack protesters, the Treasury Department said in a statement. The police were photographed confronting and arresting protesters in Havana, including members of the Movement of July 11 Mothers, a group founded to organise families of the imprisoned and disappeared, according to Treasury.

White House officials said Biden would discuss the new sanctions as well as ways to potentially establish internet access for the Cuban people.

Internet access is a sensitive issue in Cuba. In the days before the recent protests, there were calls on social media for anti-government demonstrations. Cuba’s government said anti-Castro groups in the US have used social media, particularly Twitter, to campaign against it and blamed Twitter for doing nothing to stop it.

Internet service was cut off at one point during the protests, though Cuban authorities have not explicitly acknowledged that they did it.

The Biden administration is also considering proposals put forward by US advocates of trade with Cuba that would restore ways for Cuban Americans to send money to relatives on the island.

“I think if Biden has a successful Cuban policy that is able to put the regime on the defensive and provide concrete support to Cubans, that will benefit him with voters in Florida,” said John Suarez, executive director of the Center for a Free Cuba. “If the regime collapses on his watch, that could be a game-changer.”

Guennady Rodriguez, 40, who said he moved to Miami from Cuba in 2013, said he thought Biden had moved too slowly in addressing Cuban policy in the months before the protests. The Biden administration has been engaged in a lengthy review of the Cuban policy it inherited from the Donald Trump administration.

“Biden has put himself in a lose-lose position. Now, it is going to be more difficult for him to select an engagement policy,” he said.

Alejandro Ortiz, 32, who also moved to Miami from Cuba, said he thought Biden’s response to the Cuban government after the protests was too slow.

“I see an attitude that is a little passive,” he said. “He needed to be faster and more severe with his measures.”