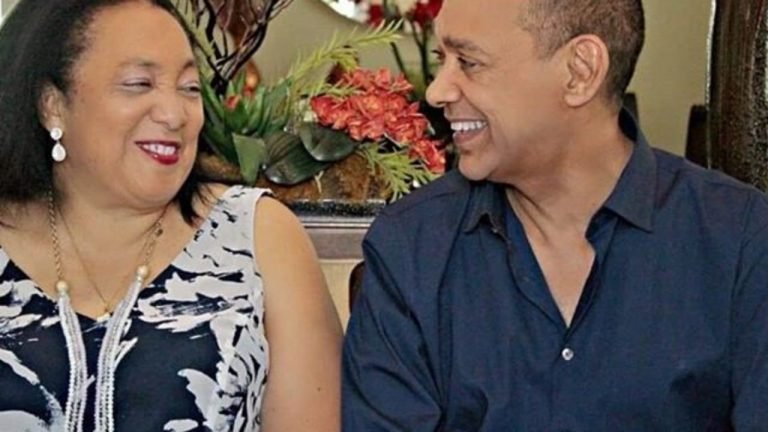 Sen. Ben Murray-Bruce on Friday took to his Facebook page to announce the death of his wife, Evelyn Murray-Bruce, saying he lost her to cancer.

The Senator said he was heart broken, adding that they had been married for 41 years though their friendship began 43 years ago.

News Agency of Nigeria (NAN) reports that the Senator, however, refused to disclose the type of her cancer.

“I just lost my beautiful wife to cancer, she was my best friend for 43 years and my wife for 41 years.

“Cancer is real, but it should not be a death sentence. Awareness, early detection and treatment are key to survival,” he said.

‪The 64-year-old Senator said that the children were devastated by the news of her death and he was equally, stressing that he would have to be strong for the children

He urged Nigerians to put his family in their prayers, adding that “like the sun, my wife was a blessing and touched the lives of everyone she met.

” Though she is gone, she will remain alive in our hearts forever, I miss you, my sweetheart, and my most beautiful girl,” he said.