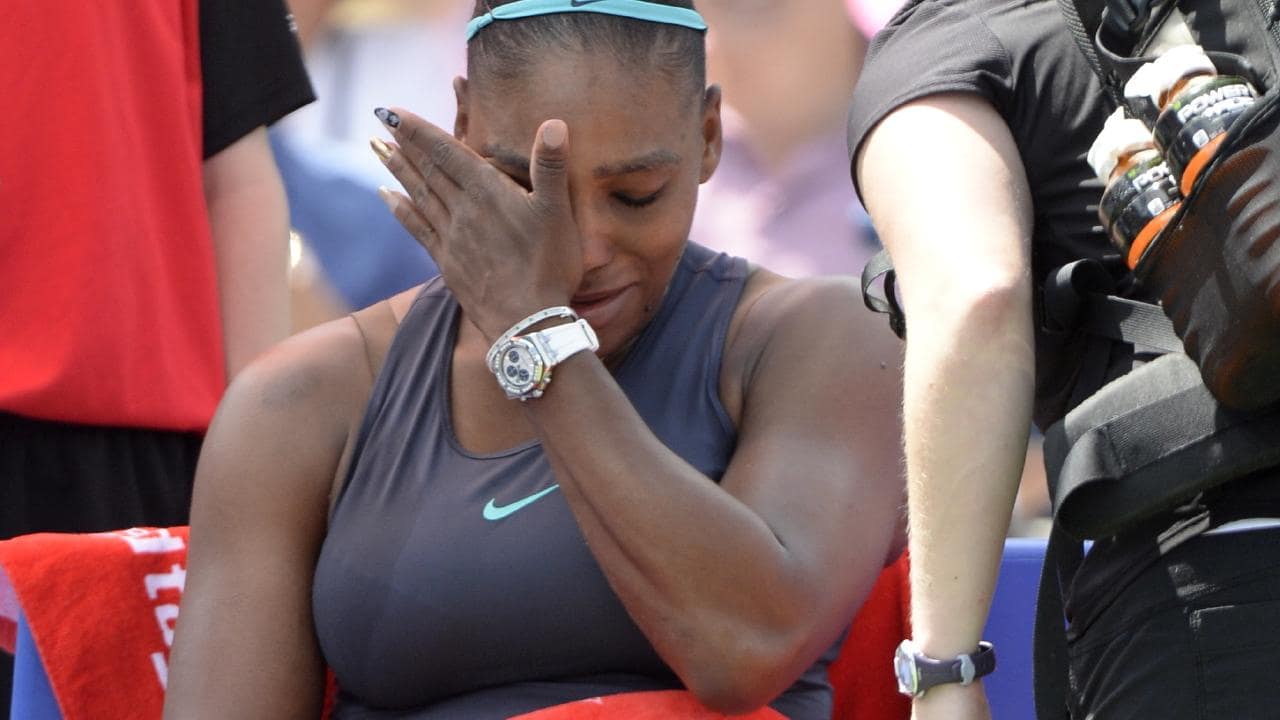 (Reuters/NAN) Serena Williams suffered her earliest exit from the Australian Open in 14 years on Friday, falling to China’s Wang Qiang in a stunning third round reversal that left her bid for a record-equalling 24th Grand Slam title in tatters once again.

Having conceded one game to Wang in a U.S. Open trouncing four months ago, Williams staggered to an error-strewn 6-4 6-7(2) 7-5 defeat at Rod Laver Arena that sent shock-waves through Melbourne Park and tore open the women’s draw.

It was the American’s earliest exit from the year’s first Grand Slam since her 2006 title defence was ended by Daniela Hantuchova.

Doubts about her hopes of matching Margaret Court’s Grand Slam haul have resurfaced.

Williams has recovered from her share of Grand Slam setbacks, but this one left an especially bitter taste.

“It is all on my shoulders.

“I just have to pretend like I don’t want to punch the wall, but in reality I do,” the 38-year-old said ruefully.

A day before Chinese celebrate the Lunar New Year, 27th seed Wang played the match of her life, soaking up huge pressure to land the biggest scalp of her career.

She wavered at times and was broken when serving for the match at 5-4 in the second set.

Wang squandered two match points in the nerve-shredding finish, and ultimately was relieved when Williams surrendered by firing into the net, her 56th unforced error.

Last year, China’s top-ranked player knocked world number one Ash Barty out of the U.S. Open fourth round, a few months after mourning the death of her longtime coach Peter McNamara.

“I think he could see me playing today. He will be proud of me,” the 28-year-old told reporters.

Wang said she would eschew traditional Chinese New Year celebrations before preparing for her fourth round clash against Tunisia’s Ons Jabeur, another giantkilling rival on a surprising run at Melbourne Park.

Jabeur knocked out Williams’ good friend and former world number one Caroline Wozniacki, drawing the curtain on the retiring Dane’s career in tennis.

No matter what happens, Wang may savour her triumph against Williams for a life-time.

She stayed patient as the American dug in stubbornly in the decider and saved a string of break points with her formidable serve.

As Williams’ shrieking increased, Wang nosed ahead to 6-5 after firing a blistering backhand that clipped the line.

She thought she had blown her chance with unforced errors on two match points but it was Williams who was left bowing her head after failing to clear the net.

At 38, Williams’ Grand Slam window may be closing.

“I am way too old to play like this at this stage of my career.

“I’m definitely going to be training tomorrow. That’s first and foremost, to make sure I don’t do this again,” she said of her match, before batting away the idea of not returning to Melbourne next year. (Reuters/NAN)