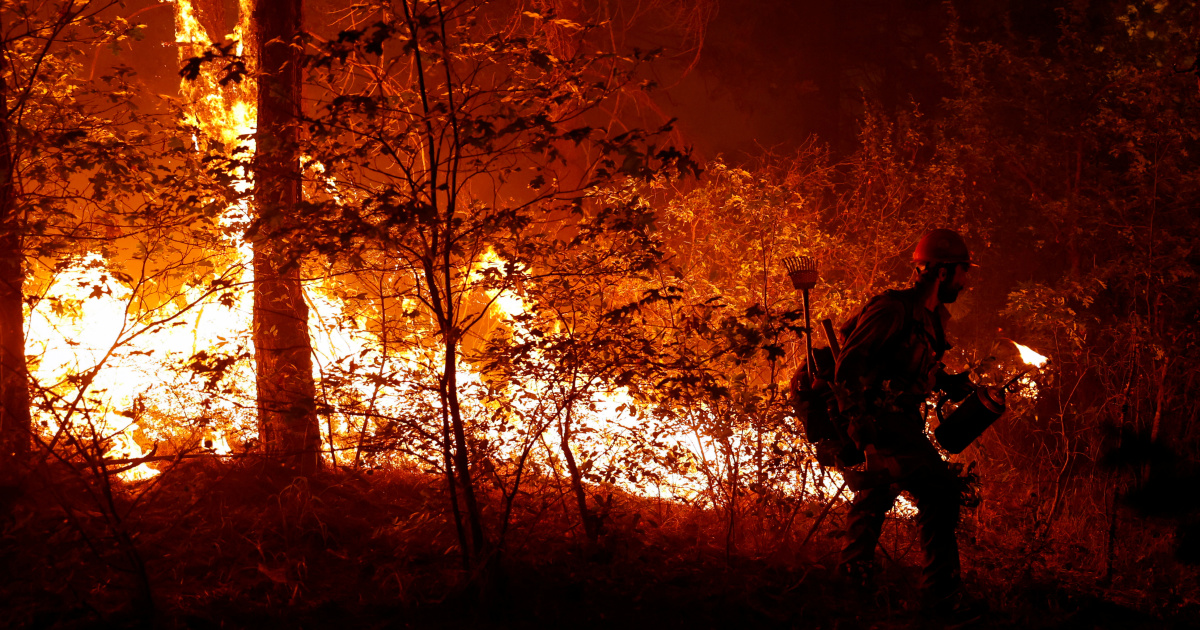 The Dixie Fire in northern California has now spread over 1,807 square kilometres and is just 21 percent contained.

At least eight people have been reported missing as an historic wildfire continues to rip through northern California, destroying hundreds of homes and incinerating entire communities as firefighters seek to contain the blaze.

The Pulmas County Sheriff’s Office said on Saturday that it had received reports of “eight unaccounted for individuals” related to the Dixie Fire, which has now spread to an area of 1,807 square kilometres (698 square miles) and is just 21 percent contained.

Five of the missing belong to the old mining town of Greenville, about 257km (160 miles) north of Sacramento, where flames levelled most of its downtown on Thursday and Friday, destroying 268 homes and structures and threatening nearly 14,000 buildings in the northern Sierra Nevada.

Greenville, with a population 800, was founded more than 150 years ago when nearby gold mines attracted settlers and merchants to the picturesque town in the Indian Valley. Most of its downtown was left in ashes by the blaze, which also burned through the small town of Canyondam.

On Friday, the wildfire became the third-largest in California state history as flames spread amid high temperatures and strong winds.

But officials said on Saturday that cooler, calmer weather was giving firefighters a much-needed break, and those conditions were expected to continue into Sunday.

“We expect the same fire behaviour as yesterday, which was fairly moderate,” Jake Cagle, a firefighter sections chief, said in a briefing.

Meanwhile, the wildfire has taken a devastating toll on local residents who lost everything as they fled its rapid approach.

After four years of homelessness, Kesia Studebaker thought she had finally landed on her feet when she found a job cooking in a diner and moved into a house in Greenville.

But in just one night, the wildfire tore through the mountain town and “took it all away”, she told The Associated Press news agency. “We knew we didn’t get enough rainfall and fires could happen, but we didn’t expect a monster like this.”

In recent weeks, enormous wildfires have devastated communities in the US, Canada, Turkey and Greece, among other places around the world, prompting calls for governments to put concrete plans in place to tackle the problem.

California’s fire season is on track to surpass last year’s, which was the worst fire season in recent recorded state history.

Since the start of the year, more than 6,000 blazes have destroyed more than 3,260 square kilometres (1,260 square miles) of land – more than triple the losses for the same period in 2020, according to state fire figures.