As coronovirus spreads in Africa, number of cases exceeds 1,000 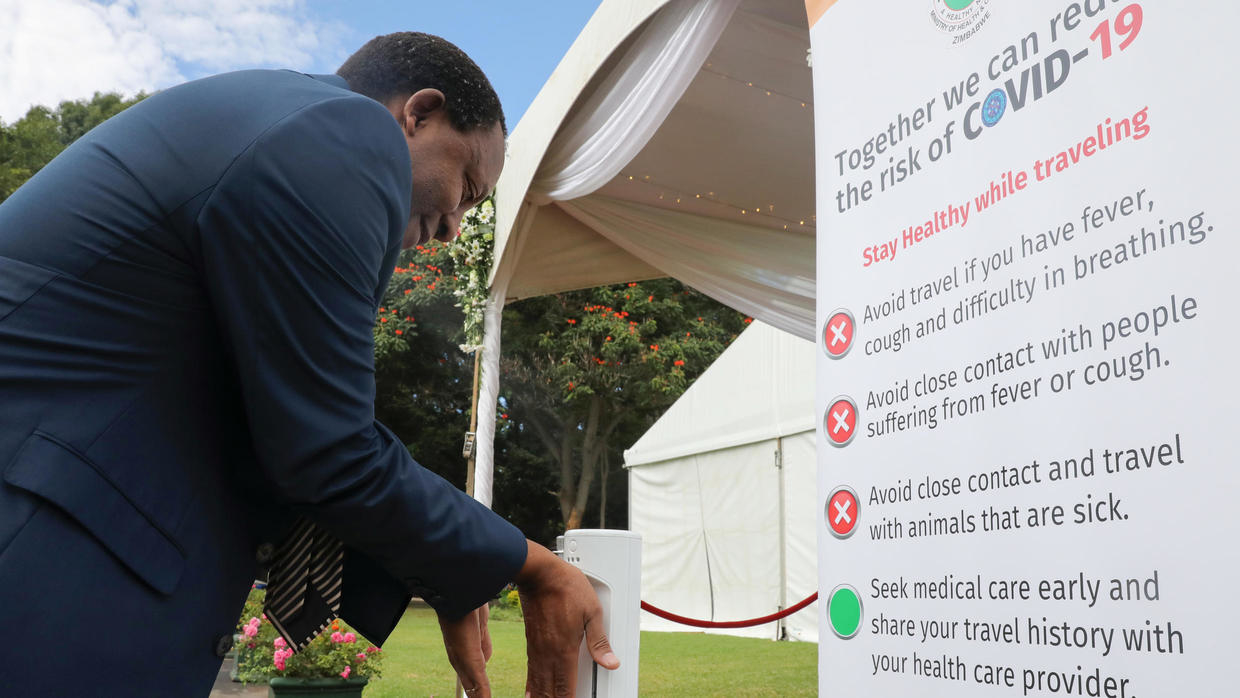 Africa’s cases of the coronavirus rose above 1,000 on Saturday while two heads of state appeared to defy their own travel restrictions to attend another president’s inauguration.

Angola announced its first cases, meaning at least 40 of Africa’s 54 countries are now affected. Congo reported its first death; Burkina Faso reported two new ones. Somalia said it was lifting its ban on international flights for two days so stranded citizens could come home. And Ethiopia’s electoral authorities discussed the virus’ effect on a major national election later this year.

Angola closed its air, land and sea borders this week, but Namibian media showed Angola’s President Joao Lourenco at the inauguration of Namibian President Hage Geingob. Also in attendance was President Mokgweetsi Masisi of neighboring Botswana, which this week suspended international travel by all government employees.

Zimbabwean President Emmerson Mnangagwa also was there. He announced a national disaster even before his country confirmed its first virus case on Friday. On Saturday, his country announced the first case in the capital, Harare.

Burkina Faso now has the most virus deaths of any country in sub-Saharan Africa. The West African nation has one of the highest caseloads on the continent with 64.

Several government ministers in Burkina Faso have tested positive, including the minister of foreign affairs. On Friday, President Roch Marc Christian Kabore announced the country’s two international airports would close for two weeks with the exception of military and cargo.

Burkina Faso is one of Africa’s most fragile states with a growing humanitarian crisis caused by attacks linked to Islamic extremists. More than 130 health centers have closed, affecting more than 1.5 million people, the government and aid groups say.

According to a government response plan seen by The Associated Press, emergency teams aren’t trained for a respiratory disease outbreak and don’t have appropriate protective gear.

There’s also insufficient screening at borders. None of Burkina Faso’s 44 high-flow entry points have the needed personal protective equipment, and only 23% have coronavirus screening devices.

Jerry-Jonas Mbasha, cluster coordinator for the World Health Organization in Burkina Faso, said he was “much worried about what might happen in the next one week, two weeks from now.”

Most people only experience minor flu-like symptoms from the coronavirus and recover within a few weeks, but the virus is highly contagious and can be spread by those who appear well. It can cause severe illness, including pneumonia, in some patients, particularly those with underlying health problems.

More than 275,000 cases have been confirmed globally, including over 11,000 deaths, according to a running tally by Johns Hopkins University. At least 88,000 people have recovered.

In Nigeria, which just three weeks ago announced the first coronavirus case in sub-Saharan Africa, authorities said that first patient, a man who had traveled from Italy, was now fit to go home. Meanwhile, Africa’s most populous country said it now had cases in the capital, Abuja.

In Kenya, health officials continued to disinfect crowded markets in the capital, Nairobi, trying to stop the virus’ spread.