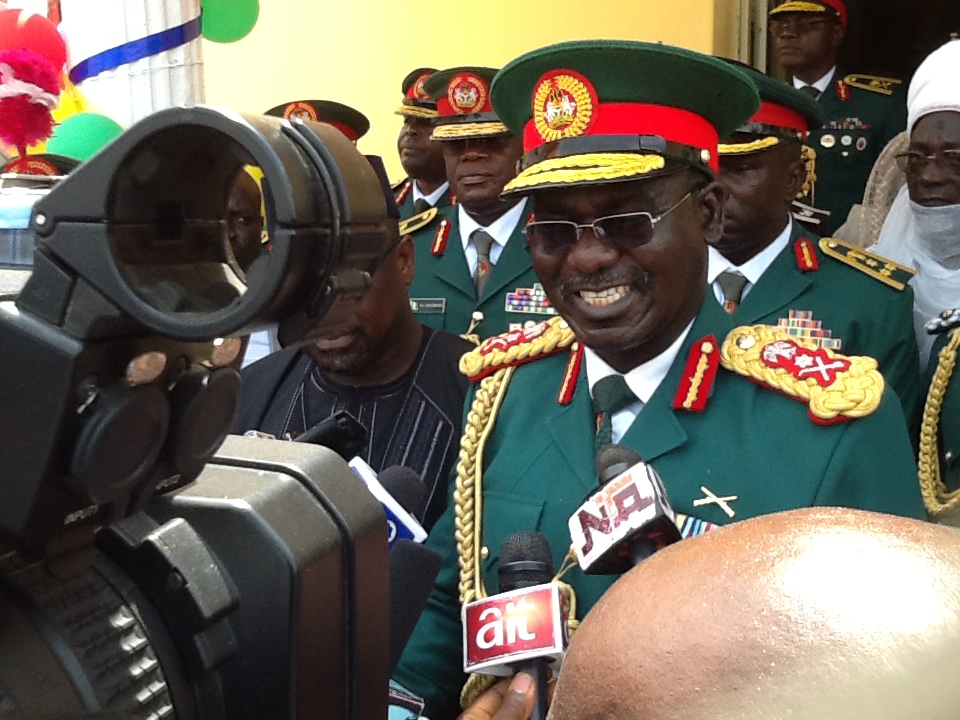 By Modupe Oremule
The Nigerian Army on Thursday urged the members of the public to disregard the alleged attacks on Maiduguri city and environs.

It added that residents should carry on with their routine lawful businesses without fear or hindrance.

Col. Ado Isa, the Deputy Director, Army Public Relations, made this known in a statement on the army’s social media handle.

He described as false the information on social media that terrorists planned to execute deadly attacks on some selected populated areas.

“Members of the public are urged to disregard the rumor of ‘deadly attacks’ on Maiduguri and environs.

“The fake news is circulated by mischievous elements and other collaborators of the criminals with the aim to instill fear and panic in the minds of the people.

“It is also to sabotage the efforts of the military and other security agencies in the struggle to end the menace,” he said.

Isa assured the public that necessary measures have been put in place to checkmate the purported evil plans of the criminals by the Headquarters Theatre Command, Operation Lafiya Dole.

“Accordingly, troops in the Theatre have been committed to ensure movements and activities of the marauders are effectively thwarted.

“Troops are also in staging positions in line with the Super Camp Concept to destroy the bandits whenever they are seen.

“The public are advised to be more vigilant and report suspicious movement especially at important public places like markets, schools, mosques and churches as well as venues for occasions to security agencies.”