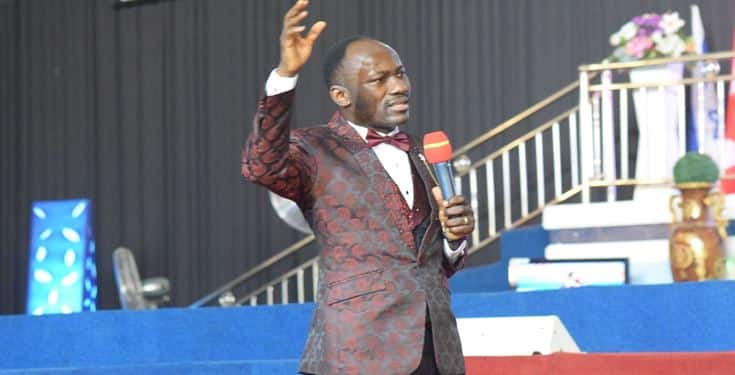 The clergyman stated that Igbos do not support themselves and would publicly tear themselves down at any given opportunity.

He stated further that if they successfully bring Biafra to existence it is an Igbo man that would end up destroying it.

Suleman made reference to the emergence of an Igbo Senate President, Evan Enwerem whom he said was removed by another Igbo man, Chuba Okadigbo who was also replaced by Anyim Pius Anyim.

The clergyman explained that someone who is cold blooded enough to sell his brother will not be trusted by anyone.

According to him: ‘’Somebody from the South, somebody from the East. You betray your people. Look at this agitation for Biafra. Who are the people attacking Biafra most, Igbos. Shameless Igbos.

“If today they get that Biafra, it is an Igbo man that will scatter it. That is the truth.

“During the time of the Senate. When an Igbo man became a senator, it was an Igbo man that removed him. You remember the Enwerem, Chuba Okadigbo, Pius Anyim…remember all of them? It was Igbo that was removing Igbos. That was the first and shortest Senate Presidency we have had in this country.

“An Igbo man employs an Igbo boy to sell in his shop, he will wreck him. He will carry all the man’s money, he will buy land. He wouldn’t wait to be settled.

“The problem of Igbo is Igbo. I repeat it, if you sell your brother, even the buyers will not trust you.’’