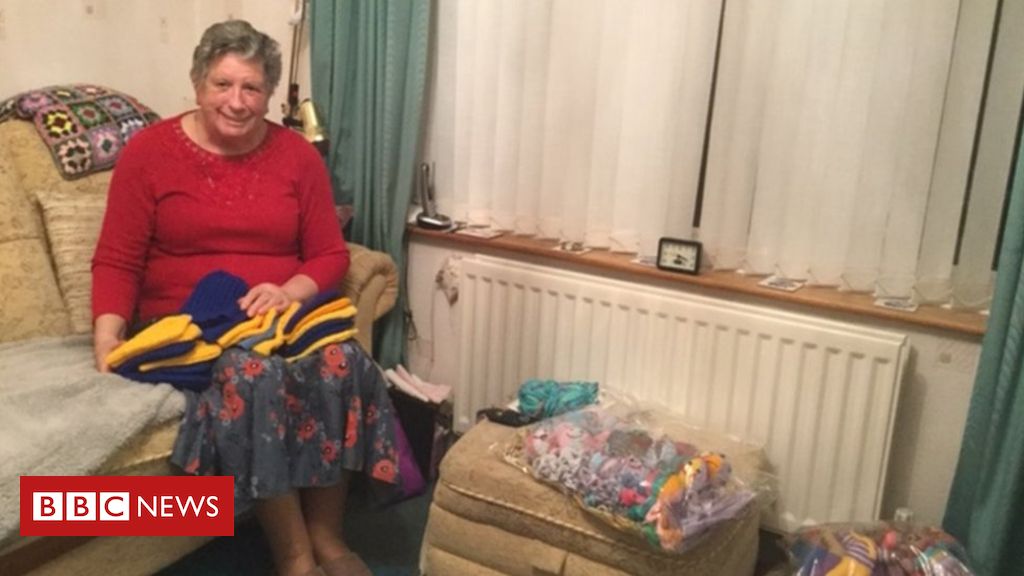 A charity volunteer has knitted more than 1,000 teddy bears for children in Africa.

Josie Hind, 81, has produced an average of 250 teddies a year since 2016 and also makes dresses, shorts, jumpers, blankets and other knitted toys.

They are taken to Livingstone in Zambia by the the north-east of England charity Zambezi Sunrise Trust.

Mrs Hind, from Alston in Cumbria, said she started knitting them “and just kept going”.

“I keep saying, ‘Have I sent plenty, have they got plenty’ but they say ‘No, keep making them’,” she said.

Mrs Hind knits the bears with her own, or donated, wool and stuffs them with the insides of duvets from a local nursing home which closed down.

Each one takes only a couple of hours to make, she said.

She added: “It just gives me something to do that I know is doing some good for somebody.

Mrs Hind has been sent an 80th birthday card and Facebook messages from the children saying “thank you”.

The charity was set up to help vulnerable children in Zambia and raises money at events where people can pay to name a bear.