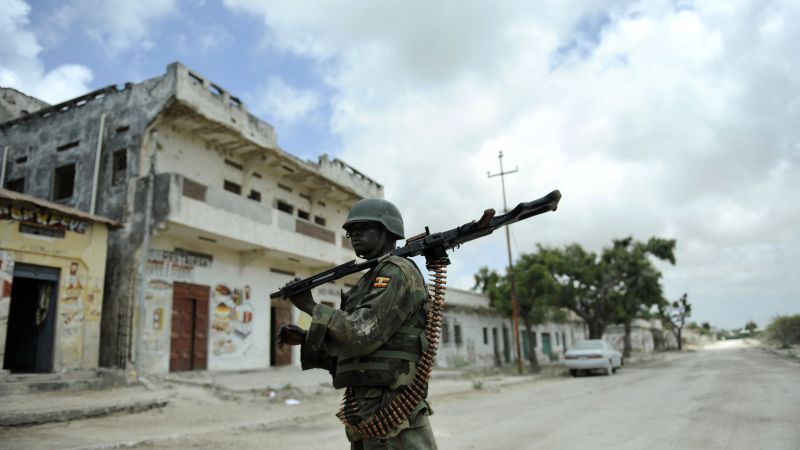 As Somalis are celebrating Eid Al-Fitr for the second day, the Al-Qaeda-linked terrorist group Al-Shabaab launched a dawn attack on a major military base housing AU forces, witnesses and officials said.

Hassan said a suicide car bomber drove into the main gates of the base, allowing the fighters to enter the camp, where they engaged in a heavy gunfight with the AU soldiers for about an hour. The base is located along the main road connecting Mogadishu to northern parts of the country.

In a statement posted on its affiliated websites, Al-Shabaab claimed its fighters killed 59 soldiers as they have taken control of the base, but authorities have not confirmed those claims nor the number of possible casualties. It is the second time the camp has been raided by the terror group this year.

“This morning we woke up to a huge explosion and heavy gunfire at the Burundian Army base in El-Baraf, which was attacked from several directions, we do not know how many soldiers were killed, but we saw smoke and flames,” said Hawo Ali, a local resident, who spoke to CNN on the phone.

The attack comes as Somalia has sworn in a new parliament on April 14 and is expected to hold a presidential election later this year, after more than a year of delays due to the political crisis. No specific date has been set for the election.

The political situation in the country has been further complicated by the power struggle between Prime Minister Mohamed Hussein Roble and President Mohamed Abdullahi Mohamed, which has contributed to the elections delay.

Al-Shabaab, a Somali group that the United States designated as a foreign terrorist organization in March 2008, has been fighting for years to topple the central government and establish a rule based on its strict interpretation of Islam’s Sharia law. It has continued to carry out attacks in Mogadishu and elsewhere frequently, despite the ​government’s and international efforts to stop it.