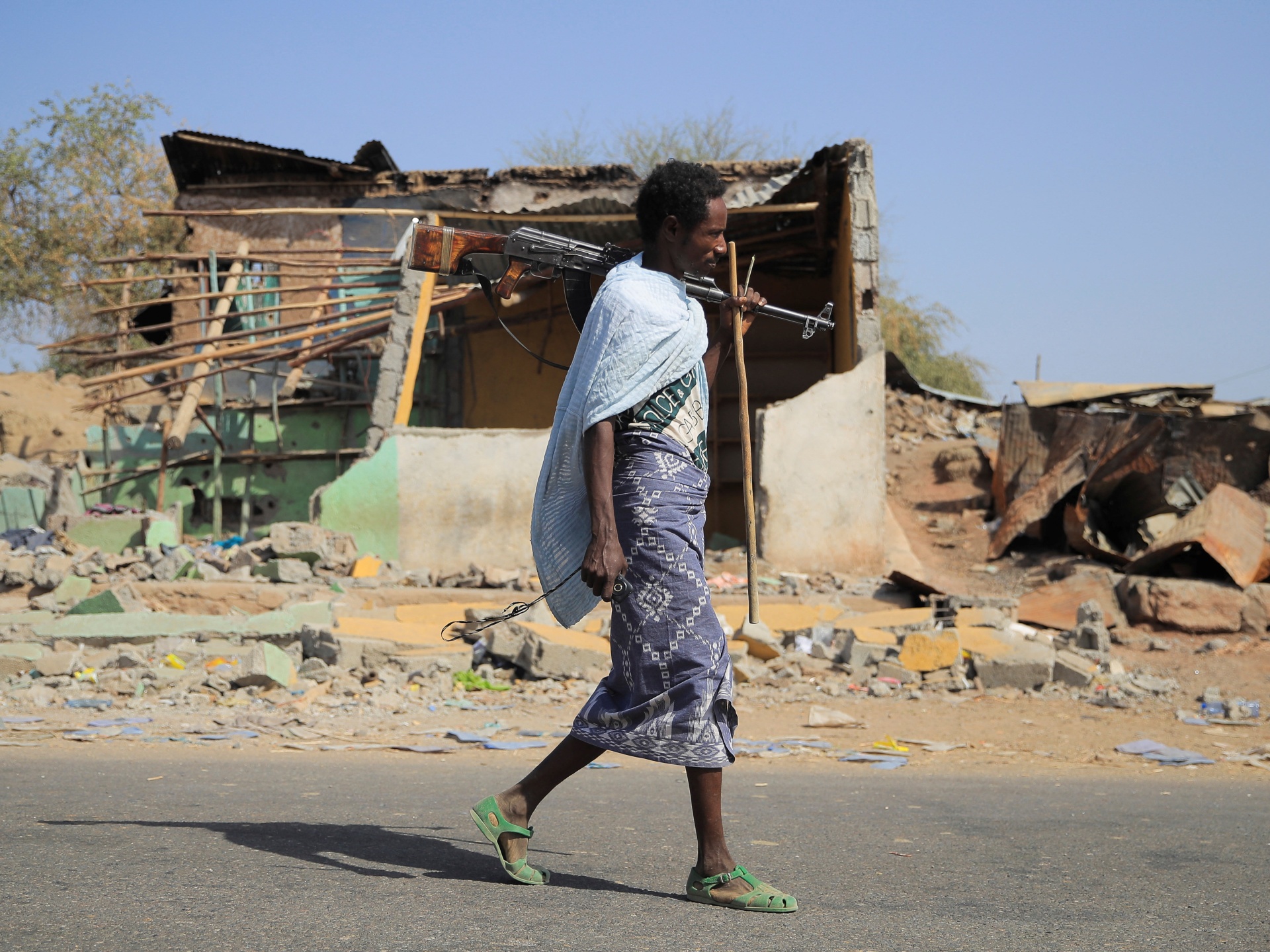 An air raid has wounded one person in Mekelle, the capital of Ethiopia’s embattled Tigray region, according to a hospital official.

The hit on Tuesday struck the business campus of Mekelle University and Dimitsi Woyane TV station, which is run by the regional Tigray government, according to Kibrom Gebreselassie, the chief executive officer of Ayder Hospital. He cited a witness who arrived in the facility with a wounded man, Reuters news agency reported.

There was no immediate comment by Ethiopia’s federal government, which has been fighting Tigray’s regional government since November 2020.

Getachew Reda, spokesperson for the regional government, said on Twitter the business campus had been hit by drones and accused the Ethiopian government of being behind the air raid.

#AbiyAhmed’s drones targeted #MekelleUniversity Adi Haki campus. As usual, with #AbiyAhmed & #isaiasafeworki massive offensive in many fronts is crumbling like a house of cards, targeting civilians and civilian installations is their way of exacting revenge.#TigrayWillPrevail!

The developments come days after Ethiopia’s Tigray rebels said they were ready to take part in peace talks led by the African Union (AU), removing an obstacle to potential negotiations with the government to end almost two years of fighting.

There was no immediate comment about the announcement from the Ethiopian government, which has long insisted that any peace process must be brokered by the Addis Ababa-based AU.

Until recently, the Tigray People’s Liberation Front (TPLF) had vehemently opposed the role of the AU’s Horn of Africa envoy Olusegun Obasanjo, protesting against his “proximity” to Ethiopian Prime Minister Abiy Ahmed.

The announcement was made amid a flurry of international diplomacy after fighting flared in August for the first time in months in northern Ethiopia, torpedoing a humanitarian truce.

Fighting erupted between forces from Tigray and central government forces around the town of Kobo. The fighting marked the end of a ceasefire observed since March.

Since November 2020 when Abiy sent troops to Tigray, the fighting has displaced millions of people, pushed parts of the region into famine and killed thousands of civilians.