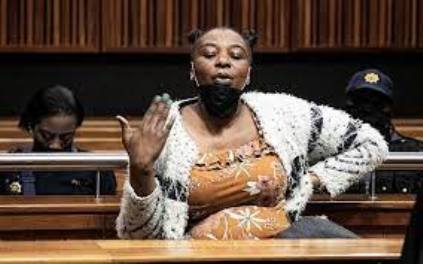 JOHANNESBURG – The National Prosecuting Authority (NPA) said that details of the three additional murder charges against convicted killer Rosemary Nomia Ndlovu would be revealed during her trial on 25 May.

With less than six months behind bars for killing five of her relatives and her former lover for insurance and funeral policy payouts, the former police officer-turned-murderer was back in court on Wednesday.

She appeared briefly in the Kempton Park Magistrate’s Court where she faced charges, including conspiracy to commit murder and attempted murder.

This time it’s alleged that she plotted the murders of an investigating officer, her former boss, as well as a colleague’s husband, all while serving six life sentences.

In the first case, it’s alleged that she had paid a hitman to murder her boss Colonel Nthipe Boloka and Sergeant Benneth Mabunda, who was the investigating officer in her case.

In the second case, she stands accused of plotting to kill the husband of one of her colleagues and co-accused, Nomsa Mudau.

The two allegedly hatched a plan to see him murdered in his home, leaving his wife to cash-in on insurance policies.

The case was postponed, allowing Ndlovu to apply for legal aid.