African cinema is more exciting than ever. Where’s its wider recognition? 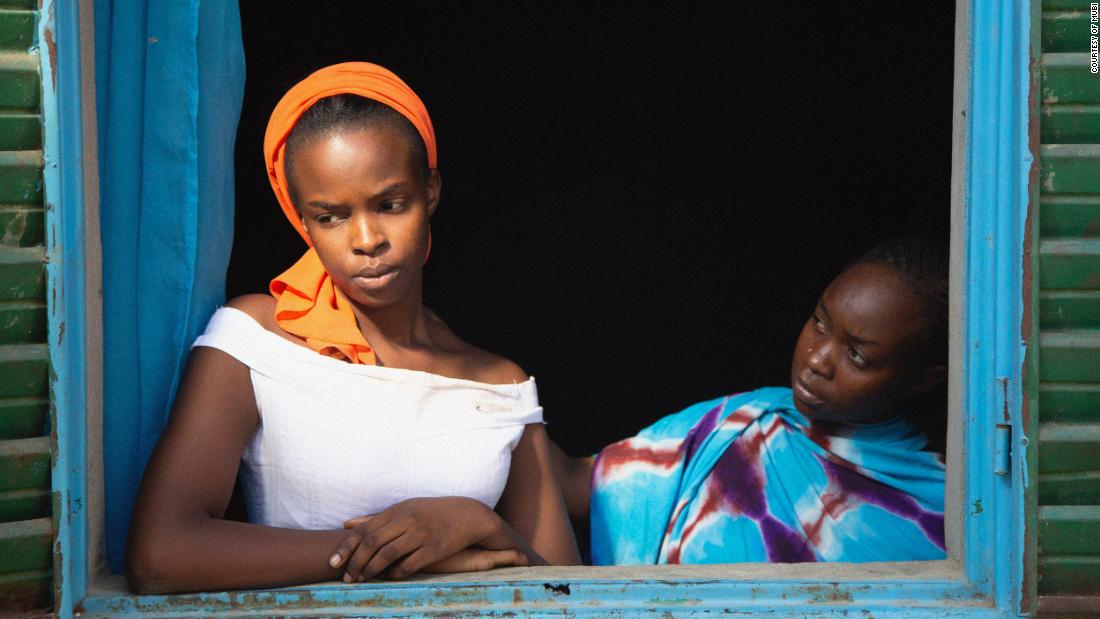 But even as these movies are recognized abroad, recognition in the US has been slower to come. “Lingui, The Sacred Bonds,” for example, was Chad’s entry to this year’s Academy Awards for best international feature and screened at festivals all over the world, including at France’s prestigious Cannes Film Festival. Still, for those in the US, the film was difficult to find until the distribution rights were finally purchased by MUBI, thus making it available to stream.

“Just like (cinema) is a big orchestra…I just want a place for everyone to play their own music in the big orchestra,” Mahamat-Saleh Haroun, the director of “Lingui,” told CNN. “(African filmmakers) should be in the melody of the world.”

Hollywood puts Africa in a box

The issue, in part, is one of perceptions. Many Hollywood executives thought, and continue to think, that no one is interested in seeing films focused on Black and African people, said Moradewun Adejunmobi, a professor at the University of California, Davis, who studies African literature and pop culture.

She used the success of 2018’s “Black Panther” as an example. The film, part of a popular American superhero franchise, was expected to do well. But to make $1 billion worldwide in one month? Hollywood executives were taken aback, Adejunmobi said.

“It’s that lack of imagination, that lack of understanding, that a film looking at a Black-centered world could do well,” Adejunmobi said.

That same lack of imagination is also at play when it comes to movies from the continent. She pointed to the Academy Awards as an example.

In 2021, 12 countries in Africa submitted movies to the Oscars’ best international feature film category — the most African countries to ever submit. Ivory Coast’s “Night of the Kings” made the shortlist, while Tunisia’s “The Man Who Sold His Skin” received an official nomination, which goes to just five non-US movies per year. This year, 10 countries submitted to the awards. None advanced.

In the entire history of the Academy Awards, only three movies from African countries have ever won the best international feature film award. All three movies were directed by White men.

“It’s kind of a shame,” Haroun said. “A whole continent is just forgotten. I don’t understand.”

Just the way the award is set up makes it difficult for movies from Africa to compete, said Mamadou Dia, director of “Nafi’s Father,” Senegal’s entry for the 2021 awards.

Everything — from hiring a publicist, to navigate the ins and outs of Academy voting, to advertising the movie — adds up, he explained. The Oscar run for “Nafi’s Father” cost Dia tens of thousands for the first phase alone, a cost he hadn’t expected.

Films submitted to the Oscars also require a commercial release — something not every filmmaker in Africa can afford, especially considering some countries don’t actually have that many theaters.

Dia rented a van, bought a projector and screen, and drove the movie around the country to play. In Matam, his hometown and where the movie was shot, some people had never seen a screen so big.

Spending all that money on an Oscars run is hard to justify, though, especially when that money could instead go toward financing another film.

But the Oscars are a path into the US market. The awards were a chance to show everyone that a movie from Senegal — with no co-productions in Europe, shot in Dia’s small hometown of Matam and completely in Fulah, the local language — could make it all the way to Dolby Theatre. To Dia, that was worth a shot.

“All the major festivals of the world, most of the time, they pick one movie from Africa and they say ‘That’s it, we have enough,'” Dia said. “That’s bullsh*t. Africa is 54 different states and countries and more than 2,000 different languages. You cannot just put us into a box.”

Yet that’s what much of US entertainment has done. Depictions of Africa on TV are broadly negative, a 2018 study from the University of Southern California found, with viewers twice as likely to see negative depictions of the continent than positive ones. That is, of course, if the continent was ever mentioned.
On the film festival level though, Haroun noted that movies from Africa do receive recognition. Chuko Esiri, who co-directed “Eyimofe” with brother Arie, told CNN he didn’t think there was a discernible difference in how their movie was received in the United States, having won awards at festivals in San Francisco, Seattle and Philadelphia, as well as the NAACP Image Awards.

During the 1980s and 1990s, it was borderline impossible to find African movies. Film industries in African countries were much smaller than Hollywood, with far fewer films being made, and the technology wasn’t the same back then, Adejunmobi said.

There were no DVDs or streaming services where movies from around the world were easily available to anyone.

California Newsreel, a small nonprofit film distribution company, did regularly distribute movies from Senegal, Adejunmobi said. But those outside of academic circles may not have known about the nonprofit and, simply put, the interest wasn’t there.

These days, with DVDs and YouTube, it’s easier and cheaper to both make and distribute movies.

“Almost everywhere, it is possible for people to pick up some basic kind of camera, could be an iPhone, and begin to produce and shoot something,” Adejunmobi said. “It’s easier to produce, easier to shoot and easier to circulate.”

Streaming’s business model makes that circulation easier. Mainstream Hollywood’s business model relies on tentpole movies that cater to a wide variety of people (think Marvel) — which makes it difficult for films from Africa to be received in the US, Adejunmobi said.

But streaming services require a large, wide-ranging collection that can cater to many different groups. There, film and television from Africa can thrive.

Smaller services are getting in on the action, too — Criterion Collection will feature Nigeria‘s “Eyimofe,” its first film from the country, and also has two films by Senegalese auteur Ousmane Sembène. In addition to “Lingui,” MUBI is also streaming a collection of Haroun’s earlier films.

Though it can still be difficult to find movies from the continent, even lauded ones, Adejunmobi said the landscape is much better now than in previous decades. Films from Africa can circulate, she said — just maybe not through the big screen at your favorite neighborhood theater.

Still, visibility has its traps. Adejunmobi used “Tsotsi” as an example — the 2005 South African film was the most recent from the continent to win the Academy Award for best foreign language film (as the international category was previously called). The movie, which takes place in the aftermath of apartheid, follows the story of a young gangster who steals a car, only to find a baby inside. It’s a “feel-good movie about race,” Adejunmobi said, and it ends with a moment of redemption.

But there were other movies made at the same time that asked harder questions about South African society and the world. The fact that “Tsotsi” became the first film from the continent to win the award in almost 30 years shows that maybe recognition from the US is only given to stories that neatly fit what American audiences want to see.

“I’m kind of ambivalent about when certain African films break out and are given entry in the American cinema space,” Adejunmobi said. “Because I feel that they tend to be telling stories that are catering to what maybe certain segments of the American audience want to hear, but they are not necessarily films that are engaging at a harder level, at a more substantive level, with the questions that people in whatever the country it is might be asking.”

On the whole, though, there has been a positive shift, Esiri said.

“I do care very much about American audiences seeing (“Eyimofe”),” he said. “We make stories to share our culture and people with the world. Film is the easiest way to gain an understanding of the other peoples we share this planet with. More often than not what you discover is that we are, at base, the same.”

Whether Hollywood pays attention, cinema in Africa is growing. IROKOtv, a streaming service for Nigerian movies, has become one of the largest on-demand services for Nigerian movies, despite its beginnings as a YouTube channel. Now, the distributor has become so renowned that Canal+ — one of the biggest media companies in Europe — bought its production studio in 2019.

Smaller steps are being taken, too. One of the biggest barriers facing many movies coming out of African countries is the weakness of the film market. In countries like Chad or Cameroon, movie theaters are basically nonexistent, Haroun said. Still, his film played in 10 countries the same day, something that he said is very new. If movies from the continent can do well at home first, that could help increase their visibility.

“If you have a film, an African film, which got 1 million people in Africa, (made) $1 million at the box office, I’m sure that everyone will be interested because maybe it will work in another country,” he said. “So we have to first build an economy and a real market in Africa, and that will open more doors I think.”

There are still challenges domestically, though, particularly for indie or art house movies, Esiri said. Even in a country like Nigeria, home to a huge commercial film industry, promoting “Eyimofe” was difficult.

“The domestic market is saturated with explicitly commercial fare, art house or indie film was an entirely new proposition,” Esiri said. “The mechanisms for marketing were not particularly effective and it will be something we shall have to continue to work on.”

And still, too often, movies from the continent are linked to a single auteur rather than a broader industry, Dia said. But now, a whole generation of African filmmakers is emerging, he said, telling stories in ways that feel true using their own traditions, cultures and folktales.

That new generation, Haroun said, is tackling social and political issues in fresh ways. He pointed to Mati Diop’s “Atlantique” as one example, and Dia’s work in “Nafi’s Father” as another. Which is to say: scarcity is not the issue. The art is there.

A cinephile culture on the continent is developing, too. The Panafrican Film Festival, commonly known as FESPACO, the Africa Movie Academy Awards, and film festivals in Durban, South Africa, Zanzibar and Egypt all award films from the continent. This, Adejunmobi said, is where the recognition is really coming from.

In spite of everything, film in Africa continues to grow. And the work is exquisite — just see the rich choreography in “Night of the Kings,” the soft light of “Lingui,” the tension of “Nafi’s Father,” the challenges in “Eyimofe” deliciously depicted in 16mm film. These all just in the last few years.

African filmmakers are not waiting for Americans to offer a seat in a section. They’re bringing their instruments to the orchestra anyway.