Africa: Thinking Like a Tree – A Tribute to Life Sustainers 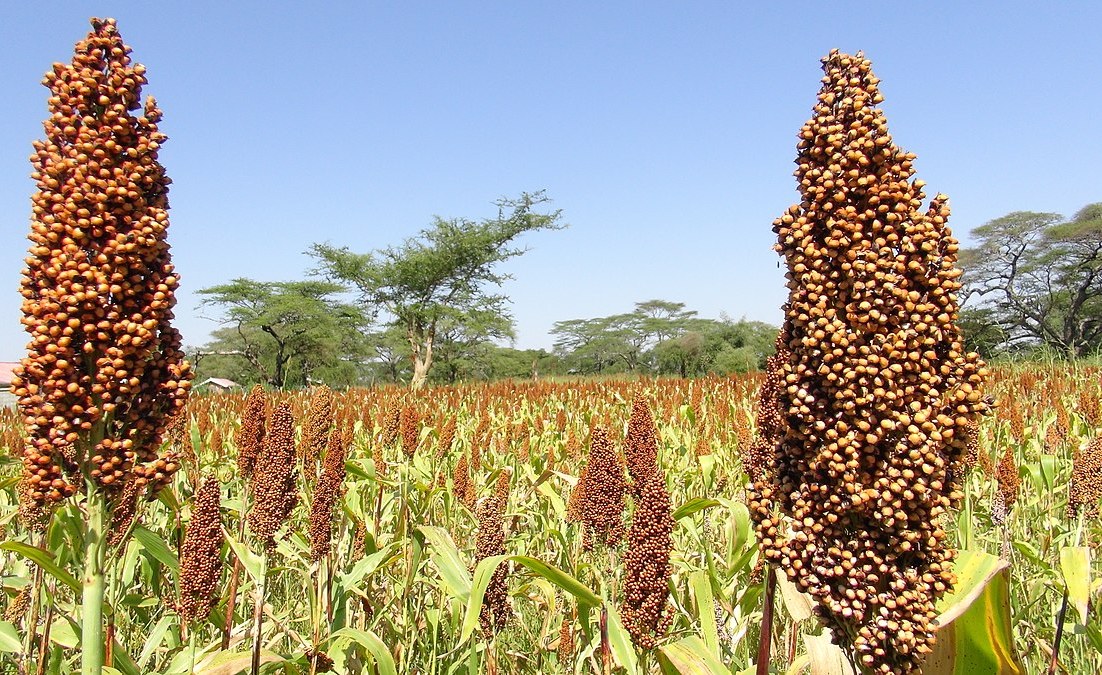 Stockholm — When I was a child, a friend asked me: “How would you describe a tree to someone who has never seen one?” I looked at the trees surrounding us and realised it was impossible, considering their versatility, beauty and utter strangeness. Since that time, I have often wondered about trees, as well as I have been worried by the indiscriminate destruction of trees and forests.

Trees are a prerequisite for life and intimately connected with humans’ existence. In these times of climate change, many of us are becoming increasingly aware of the life-promoting function of trees. How they produce oxygen, fix the carbon content of the atmosphere, clean and cool the air, regulate precipitation, purify the water, and control the water flow.

Throughout history, humans have been intertwined with the trees. Our shared cultural history bears witness to the fascination humanity has felt when it comes to the power and mystery of trees. Trees are present in many mythologies and religions: – Yggdrasil, the cosmic tree of Nordic mythology, Yaxche, the Mayan peoples’ Tree of the World, the Sycamore, Isis’ (godess of all feminine divine powers) sacred tree in ancient Egypt, Asvattha, the sacred fig tree in Southern India, the Bodhi tree, Tree of Awakening, among Buddhists, the Kien Mou, Tree of Renewal, among the Chinese, and the Sidrat al-Muntaha, Tree of the Farthest Boundary, in Islam.

The shape of the tree has for the human mind come to represent logical systems and helped us to bring order into chaos. As thought models we still use trees to depict genealogy, or explain the course of evolution and the grammar and origins of languages. Even our body structure seems to mimic the trees; skeleton, lungs, blood vessels, lymphatic vessels and neural pathways. We breathe through the tree-like network of the lungs – the bronchioles.

A walk through a forest can in a mysterious manner confirm our intimate connection with trees. If we are attentive enough, we might be seized by the feeling of another presence; incomprehensible, though nevertheless mighty and complete. It is as if the forest embraces us, observes us, speaks to us. The wind makes the forest foliage speak. Trees and bushes feed and protect songbirds and other animals. Trees thus contain the miraculous power of music – most musical instruments are made of wood.

There are several indications that our ancestors were arboreal creatures. Something our way of thinking and not least our physical constitution testify to – a flexible spine, extended arms and highly efficient hands. Claws have turned into fingernails and delicate fingertips. Our set of teeth and digestive organs have been adapted to food found among the trees – nuts, fruits, eggs, small animals. We have become omnivores and unlike cattle who feel the solid ground beneath their feet, and whose bodies have been adapted to it, human beings have developed their thinking, hearing, sight, and sense of smell to the unstable reality of tree crowns.

The creatures we descended from were constantly at risk of missteps leading to fatal falls, something that sharpened their minds and made them plan for uncertainty, danger and the unexpected. They learned to notice subtle, environmental changes and observe how other creatures adapted to them. They didn’t feel safe in open landscapes, feared the void, and only felt relatively safe if surrounded by the reassuring enclosure of greenery. We still prefer to walk among trees, rather than along sterile transport routes, filled with noise and air ollution, lined by ugly facades, supermarkets, industries, and parking lots.

The presence of trees pleases and calms us. A forest walk, or a restful time spent in a leafy park, invigorate us. Studies carried out in offices and hospitals have proven that people who do not have a view of and/or access to leafy surroundings are more prone to stress and depression, while sick people surrounded by a sterile environment, without an open view to greenery, recover more slowly than those who perceive the closeness of nature. Perhaps one reason to why older hospitals and sanatoriums generally were surrounded by tree-rich parks and flower plantations. It is energising to find oneself within a natural realm, far away from computer screens, plastic and concrete.

Contrary to humans, who generally exploit nature for their own benefit, trees take and give. They receive power and nourishment from the heat and energy of the sun, which through the photosynthesis is converted into oxygen and organic matter. The root system connects trees to earth’s nutrients, which in the open are converted into leaves, wood, and fertilisers.

Trees make up the main part of the earth’s biomass, both above and below ground. Through branches and leaves they create a maximum contact surface with the air and their wide-spread roots provide them with a firm anchorage, while helping them to assimilate nutrients. Trees support and provide for themselves, at the same time as they support and provide for the entire world.

A tree is never alone, it merges with its environment. It adapts to the atmosphere’s mixture of gases and the earth´s subterranean water. Through a constant symbiosis with its environment a tree contributes to the creation and maintenance of its life- preserving substances.

Each branch and leaf adapt itself to the presence of its neighbours. Plants support each other. They unite death and life. Dead branches and leaves fertilize the soil, while roots and capillaries pump water out of the ground. A life-giving cycle that transforms, regulates and creates. Through evapotranspiration forested areas charge the atmosphere with water vapour and thus create rains, nourishing vegetation and replenishing the groundwater. Leaves capture part of the solar energy, which they transform into organic matter saturated with cosmic energy. The life cycle of trees is determined by the length of the days and varied temperatures. They constitute a living source, which flow of oxygen and nutrients is consumed by animals and humans. Furthermore, trees contribute to the formation of an ozone layer, which protects us from the sun’s excessively strong ultraviolet rays.

Roots intertwine/communicate with other roots. Together with the mycelial threads of fungi, an underground life-promoting biosphere is created–the mycorrhiza, where bacteria fix nitrogen and supply the trees with minerals that otherwise would be difficult to obtain, such as phosphorus, magnesium, potassium, copper, zinc and manganese. If you give the plants nutritional supplements in the form of artificial fertilizers, they stop feeding the symbiotic fungi, which die and disappear. A growing tree becomes increasingly complex. Filled as its crown is with buds and new shoots it is constantly renewed. It spreads out and protects the earth. Flowers, leaves and fruits flourish within its crown. Trees are always directed towards the future. They are never completed, growing and developing in unison with the time cycles of Cosmos. Quietly, they compromise with the forces surrounding them. The patient adaptability of trees is completely different from humans’ everyday life, which increasingly is built up from fragments in the form of e-mails, text messages and tweets, communication processes that alienate us from life, from closeness to nature and our fellow human beings.

The tree has an inner time, manifested through its annual rings. When we experience how a tree we have planted begins to grow we sense the future and gain confidence in it. Trees adapt to difficult conditions and can provide us with life and beauty. They meet our expectations.

Leaves are the elementary, structural and functional unit of a tree. A large tree carries millions of leaves diligently transforming light and water into matter and not the least fruits and seeds. Trees are firmly rooted in the earth, though that hasn’t hindered them from spreading across the world. Their seeds break free from the anchorage of roots and branches, to be carried away by animals, people, wind and water.

Even though trees sustain life and provide us with joy and inspiration, we do not revere them. Instead, we abuse them, exploit them mercilessly, killing them for personal gain and profit. We have left the geological epoch of Holocene behind and entered Anthropocene (when everything is changed by humans). Even if we, against all odds, were to experience a population decline and if agriculture became dependent on sustainable farming methods, we have irreversibly altered our living conditions – the atmosphere, the hydrosphere and the biosphere. Is there any hope for humanity to survive? Can trees give us hope?

Many of us assume that tropical forests generate their abundance from fertile soil. But the soil they grow upon is generally quite poor and constantly washed by abundant rains. It is not on the ground that we find the greatest fertility, but in the tree crowns. Jungles believed to be primeval forests have often taken over land earlier used for agriculture. Large parts of the Amazon Forest were once populated by farmers who perished and disappeared through smallpox and other deadly diseases brought to them by the Europeans. Many of today’s lush and abundant tropical forests grow upon on land that has been depleted either by rain, or intensive agriculture.

The adaptability of trees is amazing. Deserted land, even if it has been devastated by industrial/harmful mono-cultivation and/or once harboured forests subjected to reckless depredation, have demonstrated a remarkable ability to revive itself, creating hybrid ecosystems where life of the old kind mix with newly introduced plants while adapting to drastically changing environmental conditions. Such regenerated, self-planted forests exhibit an unexpected diversity of species that protect soil and plant life, fix atmospheric carbon, and begin to produce timber, wood and charcoal. For example, in the Brazilian District of Para, 25 percent of the area taken from the Amazon jungle has become forest land again and strangely enough its capacity to bind carbon dioxide is twenty times greater than that of the old forests, while birds and other animals have returned.

However, this cannot mean that we can continue exterminating earth’s essential life-sustainers. i.e. trees and forests. Soon it will be far too late to save them, ourselves and our descendants.