Why alliance talks between NNPP, LP broke down – Alkali 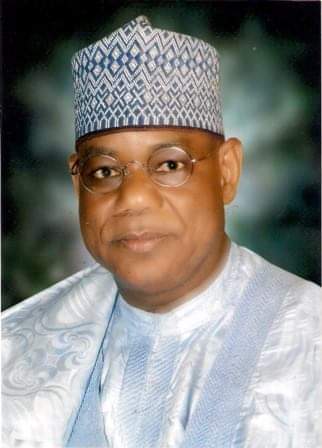 Professor Ahmed Rufai Alkali National Chairman of New Nigeria’s People’s Party (NNPP) in this interview with select journalists in Abuja explains reasons for the breakdown of negotiations between his party and the Labour Party (LP), reason for the recent exit of Senator Ibrahim Shekarau from the party, among other issues. EMEKA NZE brings excerpts…

What circumstances led to the exit of Senator Ibrahim Shekarau and his supporters from the NNPP? Secondly, are you having a replacement for his ticket in the Kano Central senatorial district?

First and foremost, Alhaji Ibrahim Shekarau is a highly respected citizen of this country. He was a two term governor, he was a minister. He is still a sitting senator. It is true that we have heard in the pages of newspaper that he has left the party but we have not received any formal letter from him that he has left the party. We have heard that he has left the party, there must be a reason why he left. We, as a party, we respect his decision to leave the party. Everybody does something for a purpose. Therefore if he has reason to leave the party, we as a party will not like to engage in unnecessary controversy on why he left. We also believe that democracy is very dynamic, the issues are very dynamic and that the party is growing and there is no way as we grow like this, you cannot have this kind of thing happening. But at least, we have said we are not going to engage in altercations why he left. All we can say is we wish him luck and the party will review the situation and take appropriate actions concerning the status of his position in NNPP.

With the benefit of hindsight, could you give insight why your talks with Labour Party did not sail through?

Does NNPP believe in one Nigeria ? If you do, how come the leadership of the party is tilted one place? Related to that, Buhari has almost eight years in office, and Kwankwaso also from the north wants to mount the saddle, does this address the divisiveness we have witnessed in this country in recent time? Again what’s take on the single fate ticket?

First and foremost, NNPP for the avoidance of doubt, is not an extension of APC. Therefore If APC has their constitution, they have their manifesto, they have their code of conduct, they have their leadership structure, they have the way they run their party and government, it’s their own business, it has nothing to do with NNPP. So whatever happens, NNPP like other 18 political parties, they are there for Nigerians. They have their own constitution, they have their manifesto, they have their code of conduct, they have everything, They operate as independent political party and therefore NNPP cannot inherit any excess baggage from from any political party. That’s the reality. Secondly the issue of single fate, we as a party think that that debate is diversionary. What matters today is that any political party that is contesting election for 2023 should be asked what they have you done for Nigerians over that last years you are there. These are critical questions. What have you done in education? What have you done on security? What have you done about the economy? That is the most fundamental issue. Debating and dancing around the single faith and no single faith, like you said, is trite and these are irrelevant, it’s diversionary, it’s unnecessary, it also tends to confuse Nigerians because in the history of this country, up till now, no single faith leadership but have they really berthed? Does it mean that because you have different faith and you are running a government and you fail, does it make it any better for the ordinary citizens. So I think it cannot dictate to any party to determine their running mate and who is not their running mate. But what we know in NNPP is that we an inclusive political party, no segment or culture of this country will be alienated or isolated or relegated to the background, that’s the most important issue.

Talking about the issue of structure of our party, sometime we in this country are also very funny. If you have not forgotten, way back in 1995, there was a constitution conference that was held but it was not consummated. But one of the major achievements at that time was the issue of rotation, zoning  power shift and federal character. However, some of these issues  were included informally but in the constitution, they are not there but they have now become part of the political administration of this country. So when you divide the county into six zones, it means that every zone has a legitimate right to be part of the political process. So there is no law when they say you have six zones and you come back to say you have north and south. If it is north and south, then it means that you have now jettisoned the issue of the six zones and that’s why everything that is done, from the political parties, from the National Assembly, from the tiers of government, even from auxiliary associations and agencies, there is always representations of zoning and the rest of it. Therefore, whatever happens, NNPP is conscious of its responsibilities, that is why when we are electing the deputy national chairman, for example, he’s from the southeast, when you taking the BOT chairman, he’s from the South East. When you have the full complement of the Exco, the financial secretary is from South South, National Auditor is from South West, National Secretary is from South West. In fact, the position of the national chairman is not the most important position because there are actually people who are the operators who are part of the system, the national publicity secretary is from north central, the national legal adviser is north central. There is no zone that is not represented in this party and that’s why when we talk, we talk about Nigeria, we don’t look at these diversionary issues. What is important is that as far as we are concerned, we are conscious of zoning. That’s why when we were talking about running mate, it went South South. Edo deserves to be represented, and they are  represented now by a man who can stand his ground anywhere in support of our country. I want to repeat: NNPP is not an extension of APC. Therefore if they run for eight years or 20 years or for 30 years, that’s their own business because they didn’t consult us for the first term or for the second term.