30 dead, including pregnant woman and baby, in Nigeria militant attack 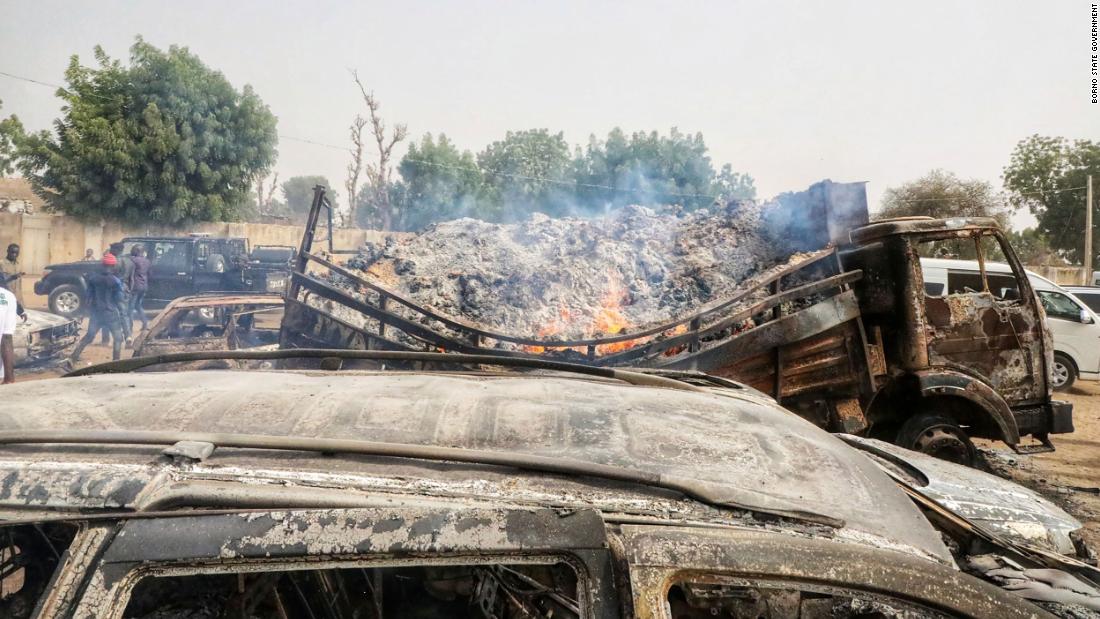 They burned 18 vehicles, including trucks laden with food products, and other goods that were to be taken into markets in the city the following day, Gusau told CNN.

Images from the scene of the incident showed charred bodies lying beside burned vehicles.

Resident Shehu Tanko told CNN the bodies of a pregnant woman and her baby were among those recovered from the carnage. News of the attack was released after Borno State governor visited the area Monday afternoon.

“They burn everywhere. The fire was still on till this morning. We are still looking for many people around here,” Tanko said.

News of the attack was released after Borno State governor visited the area Monday afternoon.

No one has claimed responsibility for the attack but Boko Haram militants have fought a decade-long war in the region– burning down villages, attacking military checkpoints and kidnapping residents — amid repeated claims by the government that they have been defeated.
The Boko Haram insurgency has displaced tens of thousands of residents and 112 Chibok schoolgirls kidnapped by the group’s militants in 2014 are still missing.

Nigeria’s President Muhammadu Buhari told African Union’s security council meeting in Addis Ababa on Monday that his government was working to secure the release of all children and citizens held by terrorists.

”It is for this reason that the Nigerian government has severally condemned, and is combating frontally the dreadful activities of terrorist groups like Boko Haram and the so-called Islamic State,” Buhari said in a statement.