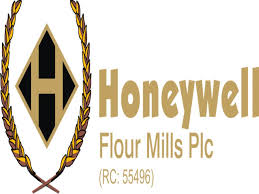 The Managing Director ‘Lanre Jaiyeola,  disclosed this in a statement released in Lagos on Thursday.

He said the revenue grew  six per cent when compared with N55 billion recorded in the corresponding period of 2018.

He attributed the increase to growth in sales volume of five per cent of our various Flour and Pasta products.

He added that the company achieved the revenue growth despite the challenging operating environment occasioned by rising input costs, reducing spending power of consumers and product evacuation challenges due to the traffic logjam at Apapa.

Jaiyeola said that efficient management of input costs and operating expenses also led to a healthy gross margin of 17.6 per cent during the period under review.

He noted that the company’s operating profit during the review period increased by 19 per cent to N3.4 billion from N2.8 billion in the comparative period of 2018.

“The execution of well–embedded operational efficiency initiatives led to 9-month operating profit accelerating at a faster rate than revenue by 19 per cent from N2.8 billion to N3.4 billion.

“We will continue to improve our operational efficiency in order to maximise value to shareholders,” he said.

He noted that the growth in operational efficiency was moderated by the increase in finance expense which was up by 60 per cent to N4.2 billion from N2.6 billion in the corresponding period of 2018.

“The increase in finance expense was as a result of the cost of financing part of the Foods and Agro-allied complex which is now being charged into the Income Statement following the commencement of commercial operations.

“We are confident that our performance in the coming quarter and the new financial year thereafter will record significant improvement.

“We have implemented strategies to maximise shipment of products to our customers in spite of the Apapa traffic gridlock.

“We are also well positioned to substantially increase our capacity utilisation of the Pasta production through continuous flow of input materials to the Pasta factory in Sagamu.

“We are also working on the introduction of new products tailored towards the preference of our most valued consumers in terms of satisfying their nutritional needs, taste and spending power,” Jaiyeola said. (NAN)