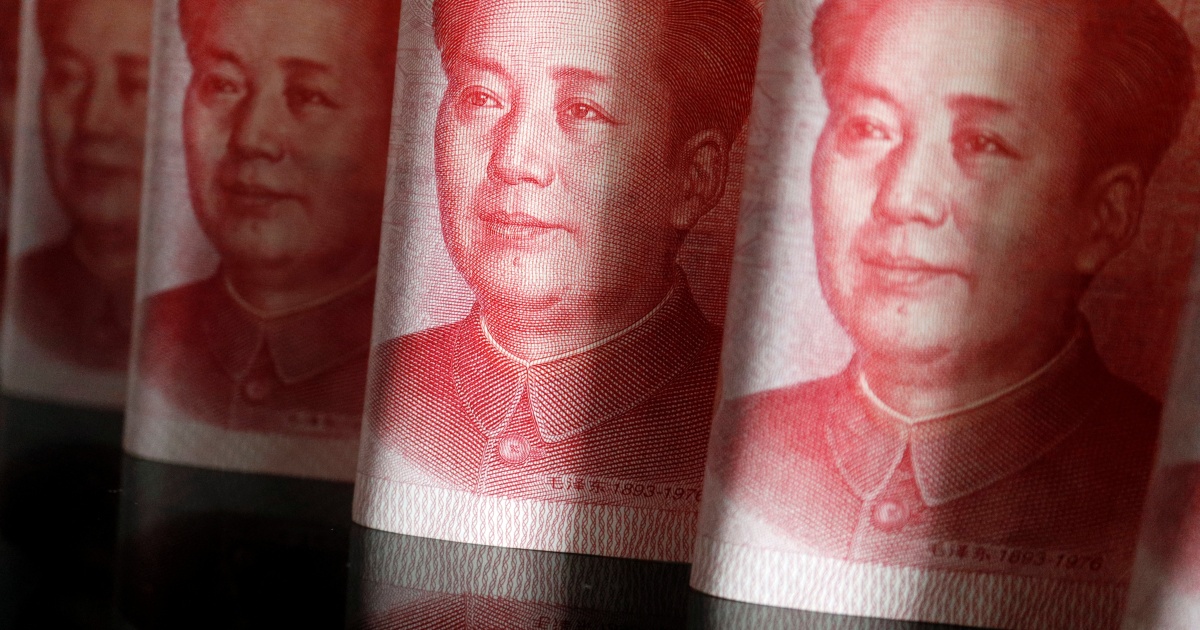 Weakening currency comes amid persistent strength of the US dollar and worries over slowing economic growth.

China’s yuan extended losses to a new 18-month low in early trade on Monday, breaching a key threshold, as persistent dollar strength and worries over the slowing economy piled more pressure on the currency.

Investors also anxiously awaited April trade data due later in the session to gauge the scope of disruptions from COVID-19 lockdowns.

Similar to last week, the official guidance came in firmer than market projections. Traders and analysts took that as a sign the authorities want to slow the currency’s descent.

Monday’s midpoint fixing was 51 pips stronger than Reuters’ estimate of 6.6950.

In the spot market, the onshore spot yuan fell below the psychologically-important 6.7 per dollar to a low of 6.7110 before changing hands at 6.6936 as of 0202 GMT, 285 pips weaker than the previous late session close.

Its offshore counterpart traded at 6.7337 per dollar.

“The strength of the US dollar and China’s COVID-19 policy and associated implementations were and likely continue to be the main themes affecting CNY and other Asian currencies in near term,” said Li Lin, head of global markets research for Asia at MUFG Bank.

Shanghai authorities have tightened city-wide lockdown measures they imposed more than a month ago, prolonging into late May an ordeal that the capital Beijing wants to avoid by turning mass testing into an almost daily routine.