Works begin on footbridge that collapsed at launch 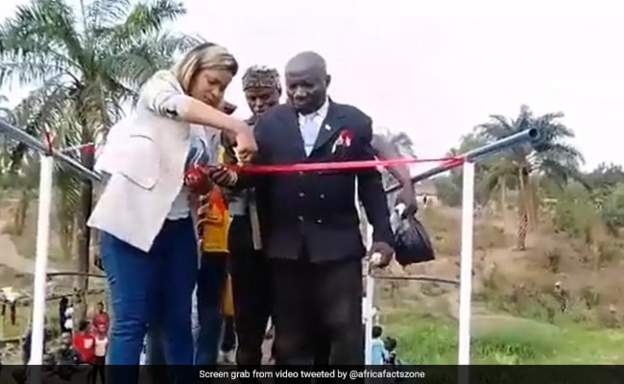 A charity group in Democratic Republic of Congo says reconstruction has begun on a footbridge that collapsed during its inauguration – causing outrage on social media on the quality of its construction.It is believed the footbridge was built by people who lacked the necessary skills and miscalculated the amount of cement needed in the concrete to make it strong enough.Videos of its collapse as officials cut a red ribbon during an inauguration ceremony went viral on social media.The DJCEP charity that backed the project now says a new footbridge will be built at the same site that will meet safety standards.It tweeted pictures of workers demolishing the old structure: