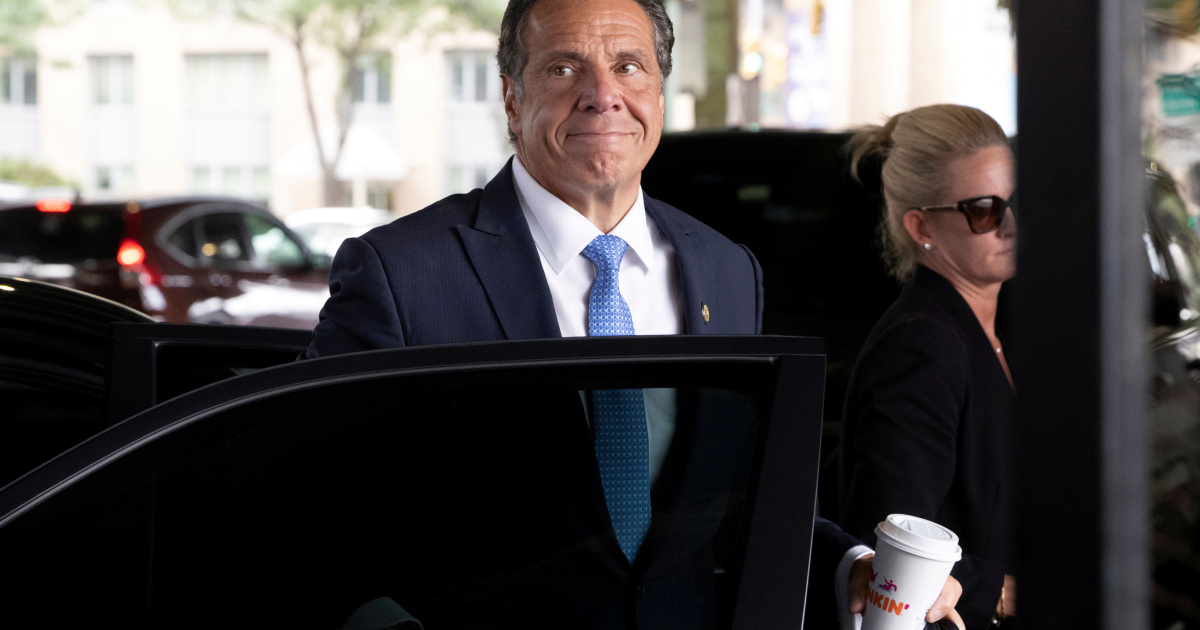 Prosecutors in five New York counties have opened inquiries into evidence produced by a state investigation, made public last week, that concluded the 63-year-old Democrat groped and harassed 11 women, touched them inappropriately, and commented on their looks and sex lives.

Several of his accusers and New York politicians pledged to continue to seek accountability, as well, including former aide Lindsey Boylan who has threatened to bring a civil lawsuit against Cuomo and accused him of “gaslighting and revictimising” women.

“From the beginning, I simply asked that the Governor stop his abusive behavior,” Boylan said in a tweet on Tuesday.

“It became abundantly clear he was unable to do that, instead attacking and blaming victims until the end,” she wrote. “It is a tragedy that so many stood by and watched these abuses happen. I am thankful for the Attorney General, the investigators and all those who have pursued the truth despite intimidation and threats of retaliation.”

From the beginning, I simply asked that the Governor stop his abusive behavior. It became abundantly clear he was unable to do that, instead attacking and blaming victims until the end. It is a tragedy that so many stood by and watched these abuses happen.

Pressure had been mounting on Cuomo to resign after the independent probe by the office of state Attorney General Letitia James found that the governor’s office was “rife with fear and intimidation” that not only “enabled” the harassment, but also “created a hostile work environment overall”.

Cuomo was facing impeachment proceedings in the state assembly, but it is unclear whether state legislators would continue to pursue impeachment after his resignation, which is set to take effect in 14 days. New York Lieutenant Governor Kathy Hochul will take over from Cuomo at that time, becoming the state’s first female governor.

Some New York legislators may seek to use impeachment to prevent Cuomo from running for state office in the future, or to punish him by taking away his pension.

We must remember that the governor’s misuse of his office extends far beyond the women he victimized,” State Assembly Member Yuh-Line Niou said in a statement.

We have a responsibility to go through the full impeachment process. Anything less would fail to fully hold the governor accountable, and to prevent his behavior from being repeated in the future.

In addition to addressing the sexual harassment findings, the assembly has been delving into an alleged cover-up of nursing home deaths by the governor’s office during the early days of the COVID-19 pandemic.

State legislators also are looking at the terms of Cuomo’s $5m book contract and whether state resources were misused to support the book to Cuomo’s private benefit. Cuomo’s top aide Melissa DeRosa resigned on August 9 after the state Assembly Judiciary Committee held discussions about Cuomo’s book and her role in the governor’s office as part of its impeachment inquiry.

There are additional questions in Albany about the contracts awarded for a new bridge built over the Hudson River north of New York City and named for Cuomo’s father, the late Governor Mario Cuomo. A state Senate investigative committee has issued a demand for information and documents to the state Thruway Authority and the contractor that built the new span.

Cuomo had vehemently disputed the findings of the state’s investigation and signalled he would fight the claims, but he cited the costs and distraction an impeachment battle would impose on state government in his resignation announcement on Tuesday.

Last week, Brittany Commisso, a former executive assistant to the governor who had accused Cuomo of inappropriate touching, filed a criminal complaint with Albany law enforcement alleging he grabbed her breast at work.

The Albany Sheriff’s Office has said it would conduct a thorough investigation.

Cuomo has denied the allegation and his personal lawyer Rita Glavin specifically rebutted the claim in a point-by-point critique of the state’s findings, delivered on Tuesday before Cuomo resigned.

For their part, women’s rights advocates welcomed Cuomo’s resignation as evidence that sexual harassment “is no longer acceptable”.

“The Governor’s decision to resign is a testament to the growing power of women’s voices since the beginning of the #MeToo movement,” said Debra Katz, a lawyer for Charlotte Bennett, a former executive assistant to the governor who accused Cuomo of making sexual overtures.

“It underscores that sexual harassment is no longer acceptable – no matter what office the harasser holds,” Katz said in a statement.

Zephyr Teachout, who ran unsuccessfully against Cuomo in a New York primary election, applauded the women who came out to tell their stories of abuse by the governor.

Cuomo’s resignation marks the second time in 13 years that a New York governor has stepped down in scandal, after Eliot Spitzer quit in 2008 over his patronage of prostitutes.

We owe so much to the survivors of Cuomo’s abuse.

Thank you and you should never have been put in that position. We have known who Cuomo was for a long time.

Never let this happen again. When someone tells you who they are by abusing power, believe them.