Western US wildfires force hundreds from their homes | Climate News 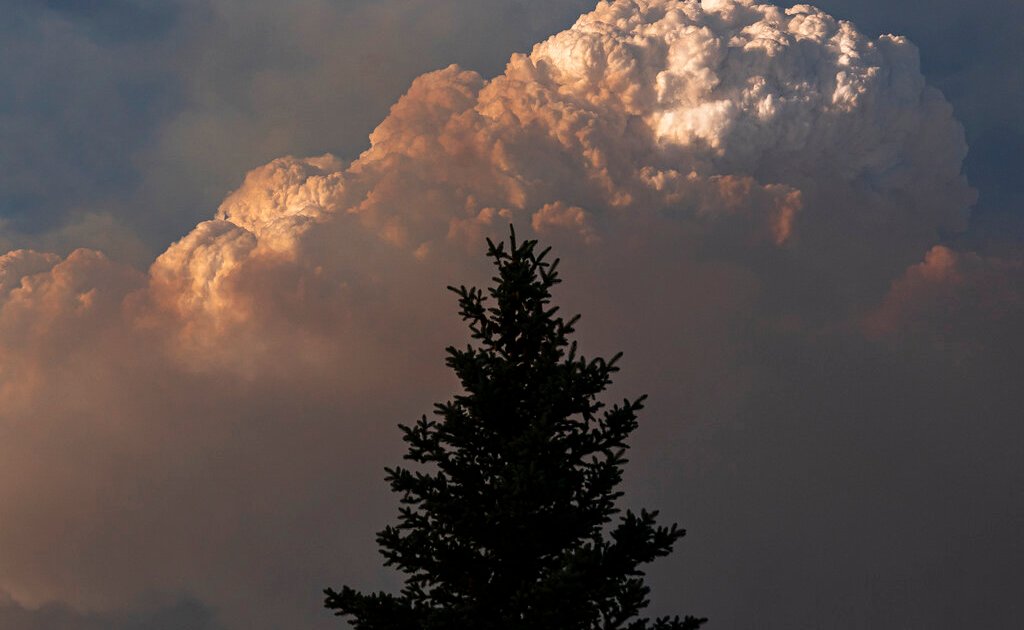 A growing wildfire in a bone-dry forest in the Western United States has forced hundreds of people from their homes as it charred more than 854sq km (330sq miles) and showed no signs of slowing on Wednesday amid a blistering heatwave and drought.

The so-called “Bootleg” fire, which has spread through the Fremont-Winema National Forest about 400km (250 miles) south of Portland, Oregon, destroyed 21 homes and threatened 1,926 more, according to an Oregon and Washington state interagency coordination centre in Portland.

After burning for eight days, the fire left a thick haze over nearby Klamath Falls, a scenic city about 40km (25 miles) north of the California border, where the local fairgrounds were turned into a Red Cross evacuation centre.

Tim McCarley, one of the evacuees, told the Reuters news agency earlier this week that sheriff’s deputies and state troopers showed up at his home just as “sparks and embers were coming down” and told his family “if you don’t leave, you’re dead.”

“This is my first wildfire and I’m going to tell you, it is scary,” another evacuated resident, Sarah Kose, said.

“You don’t know if you’re going to be the one that loses your house, or you sit there and you watch your neighbour lose their house, and there’s nothing you can do about it.”

The Bootleg fire is the biggest of several wildfires scorching parts of the western US, where a drought and record-setting heatwave have left brush and timber highly flammable.

Climate change has made the American West much warmer and drier in the past 30 years and will continue to make weather more extreme and wildfires more frequent and destructive. Heat and dry weather from Canada to Mexico is draining reservoirs, threatening crops and livestock and portending a potential future water crisis, experts have said.

In all, 60 large fires have consumed more than 404,680 hectares (one million acres) across 12 US states this season, according to the National Interagency Fire Center in Boise, Idaho, a firefighting group combining eight US agencies.

In north-central Washington, hundreds of people in the town of Nespelem on Colville tribal land were ordered to leave because of “imminent and life-threatening” danger as the largest of five wildfires caused by dozens of lightning strikes on July 12 tore through grass, sagebrush and timber.

Seven homes burned and the entire town evacuated safely before the fire arrived, said Andrew Joseph Jr, chairman of the Confederated Tribes of the Colville Reservation, which includes more than 9,000 descendants of a dozen tribes.