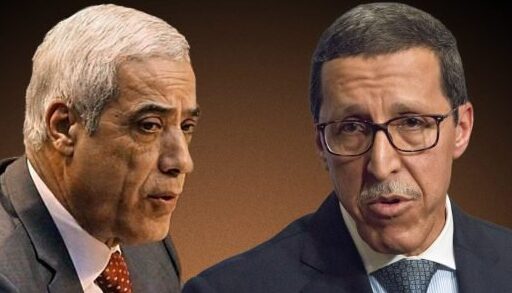 There’s a new episode in the diplomatic match between Rabat and Algiers.

The playing field: Saint Lucia, West Indies, 11-13 May, during the seminar of the UN Special Committee on Decolonisation (also known as the Special Committee of Twenty-Four, C24). An exchange of barbs took place between Morocco’s permanent representative to the UN, Omar Hilale, and Algeria’s ambassador to the UN, Nadir Larbaoui, on the thorny issue of Western Sahara. If this type of attack is commonplace between the diplomats of the two countries, the latest one is particularly revealing of the new game Morocco is playing over this issue that is poisoning its relations with its neighbour: that of Kabylia.

Let’s go back to July 2021: during the general ministerial meeting of non-aligned countries at the UN, Hilale had a note distributed in response to the words of Algerian foreign affairs minister Ramtane Lamamra in which he wrote: “the Kabyle people deserve, more than any other, to fully enjoy their right to self-determination”, also stressing that this “is not an à la carte principle”. This was a direct reference to the Western Sahara, as Algeria defends the Sahrawi people’s right to self-determination there.

This parallel drawn between the situations of the two regions, as yet unheard of from a Moroccan diplomat, was not at all to the taste of Algiers, which immediately recalled its ambassador to Rabat.

If this position on Kabylia has never been officially supported by the government or the foreign affairs ministry, it nevertheless indicates an evolution in Moroccan diplomatic rhetoric. The objective: to point out what to Morocco seems like Algerian schizophrenia on the issue of regions, using the Kabyle card to counter Algerian calls for the self-determination of the Sahrawis.

“You ask for self-determination for the 20,000 people you have sequestered in the Tindouf camps, but you deny it to 12 million [of your own] inhabitants,” said Hilale, whose UN nickname is the “bulldozer” of the kingdom. Supporting this statement, Ghalla Bahiya, vice-president of the Dakhla-Oued Eddahab region, referred to the human rights situation in the above-mentioned camps. Algeria’s Larbaoui responded, “My delegation decides not to respond to these allegations since this person represents only himself, recalling that it was clearly established, in accordance with UN resolutions, that the Polisario Front is the sole legitimate and exclusive representative of the Saharawi people.”

“Ms. Ghalla represents the hundreds of thousands of Saharan citizens who are attached to their Moroccan identity”, Hilale shot back. “She also represents 20,000 Sahrawis […] sequestered in the Tindouf camps,” indicating that “If Algeria does not want them to be mentioned, it should release these people and let them return to their homes in Morocco. Repeating the official Algiers position on the conflict, the Algerian ambassador added that Algeria “is not a party to the conflict and, like Mauritania, has the status of an observer neighbour, unless it is part of a concerted but hackneyed and futile desire for bilateralisation of the conflict, which remains fundamentally, no offence to Morocco and its clients, a question of decolonisation”.

In his defence, Larbaoui went on to describe the Sahara region as a “closed prison”, before referring to “violations of freedoms and human rights”, “torture”, “abuses against women” and “forced abductions”.

“If this were the case,” Hilale responded, “Why have countries opened 27 consulates there? Why is the Sahara attracting colossal foreign investments […]? Why do diplomats, foreign delegations and thousands of tourists flock to a ‘closed prison’”? He concluded: “The closed prison is Algeria, where the most serious violations of human rights in Africa take place,” stressing that “the Office of the United Nations High Commissioner for Human Rights has increased its concerns about the persecution of Hirak activists and the massive violations of their rights, including arbitrary detentions, restrictions on fundamental freedoms and unfair trials”.

Since the kingdom denies any [official] support for the Kabyle independence movements, the Moroccan representative’s 2021 outburst was simply labelled an  “isolated statement”. But Hilale’s insistence on pushing the subject indicates that Rabat has now assumed this line of defence in the face of Algerian accusations. It’s a way for Morocco to force Algiers to clarify its anti-colonial discourse instead of having to defend itself from Algeria’s attacks over Western Sahara.