West Africa: Lessons From Mali As Burkina and Niger Head for the Polls 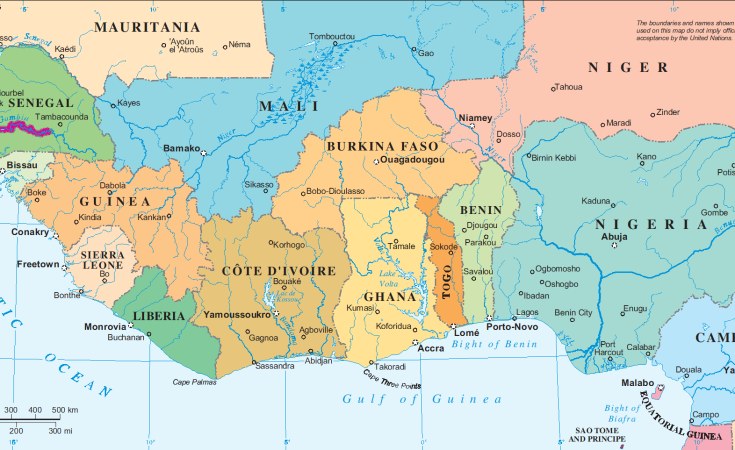 Elections in Burkina Faso and Niger take place amidst insecurity and COVID-19, as happened in Mali earlier this year.

Like in Mali, conditions in Burkina Faso and Niger could affect the organisation of elections, the credibility of results and the legitimacy of elected officials. Some institutions involved in the electoral processes in Niger and Burkina Faso – particularly their constitutional courts and electoral commissions – are increasingly being criticised.

In Mali, the loss of confidence in these institutions led to the rejection of the results promulgated in April. This triggered a series of demonstrations, culminating in an institutional stalemate and the coup d’état on 18 August.

Burkina Faso, Niger and Mali also have similar security challenges. Since 2015, their common borders have become the epicentre of insecurity in the Sahel due to terrorist attacks, the intensification of local conflicts and illicit activities.

In the first half of 2020, the Armed Conflict Location & Event Data project recorded more than 1 000 violent incidents, of which more than 46% were in Mali, 35% in Burkina Faso and 17% in Niger. Multiple attacks beyond extremist groups’ usual areas of operation show that insecurity is worsening, and raise questions about states’ ability to enable safe voting processes.

In June 2020, a National Assembly of Burkina Faso report proposed postponing legislative elections by a year. Fifty-two out of 127 Members of Parliament believed it would be impossible for them to campaign in their constituencies due to a lack of safety. Faced with the refusal of the political class to postpone the polls, the National Assembly passed a bill on 24 August amending the Electoral Code to introduce the so-called force majeure clause.

This means that in areas where insecurity would limit or prevent the vote from being held, the results from polling stations that were able to operate would be valid for the entire constituency. On 31 October – the official opening date of the electoral campaign – Burkina Faso’s Constitutional Council noted cases of force majeure in several municipalities in six of the country’s 13 regions, comprising about 18% of the national territory.

This decision shows pragmatism on the part of authorities, aware of the need not to add a political crisis in the form of an institutional vacuum to the country’s current security crisis. However, it also reflects a form of powerlessness on the part of the Burkinabe government and a recognition of the limits of their security apparatus.

More than 1 000 violent incidents were recorded in Mali, Burkina and Niger in the first half of 2020

In Niger, terrorists attacked Independent National Electoral Commission (CENI) agents in December 2019 during the registration campaign. This led to the campaign being suspended in some areas of Tillabéry and Tahoua, two regions bordering Mali that were heavily affected by insecurity.

In the Diffa region, even though registration took place, Boko Haram remains a threat, with repeated assaults against civilians and military targets. Attacks mainly attributed to Islamic State in the Greater Sahara and Boko Haram continue in the country.

The health crisis related to COVID-19, although not as severe as initially envisaged, represents an additional challenge. Disease control measures such as border closures, the isolation of some cities, and curfews have considerably weakened populations. These restrictions have also affected the socio-political situation in these countries.

In both Burkina Faso and Niger, COVID-19 forced government to suspend biometric registration programmes from 20 March to 8 May in Niamey and from 30 March to 25 May throughout Burkina Faso. In Niger, the CENI also raised the issue of force majeure to justify the impossibility of enrolling voters from the diaspora.

The first step in dealing with these problems is to prioritise dialogue. This is key to reaching the broadest possible consensus on the conditions for elections. Lessons must be drawn from the Mali experience, where the failure of internal and regional mediation exacerbated tensions between the government and the opposition, creating an impasse.

In Niger, dialogue is also needed on the issue of diaspora voting. In Burkina Faso, discussions on voting in unsafe areas and voting by internally displaced people would be useful. Burkina Faso could build on the gains of past political dialogues such as the one held in July 2019. A permanent framework could be created similar to Niger’s National Council for Political Dialogue, which could be extended to civil society.

In both Niger and Burkina Faso, the security situation requires the adoption of an inclusive election security plan. This should include practical provisions for voting by internally displaced people and ensuring the safety of candidates and the election campaign.

Here again, the Malian example is rich in lessons. Certain parts of Mali’s Northern and Central regions were inaccessible to candidates during the campaigns, and opposition leader Soumaïla Cissé was kidnapped. Several polling stations were inoperable due to threats or kidnappings of voters and polling station staff. All these factors further delegitimised the election results and plunged the country into a political stalemate.

Given the major challenges now facing Burkina Faso and Niger, all stakeholders in the electoral processes should refrain from any action that could lead to a political crisis. This means taking an approach based on dialogue and inclusion.

This article was produced with support from the UK Conflict, Stability and Security Fund and the Hanns Seidel Foundation

Read the original article on ISS.