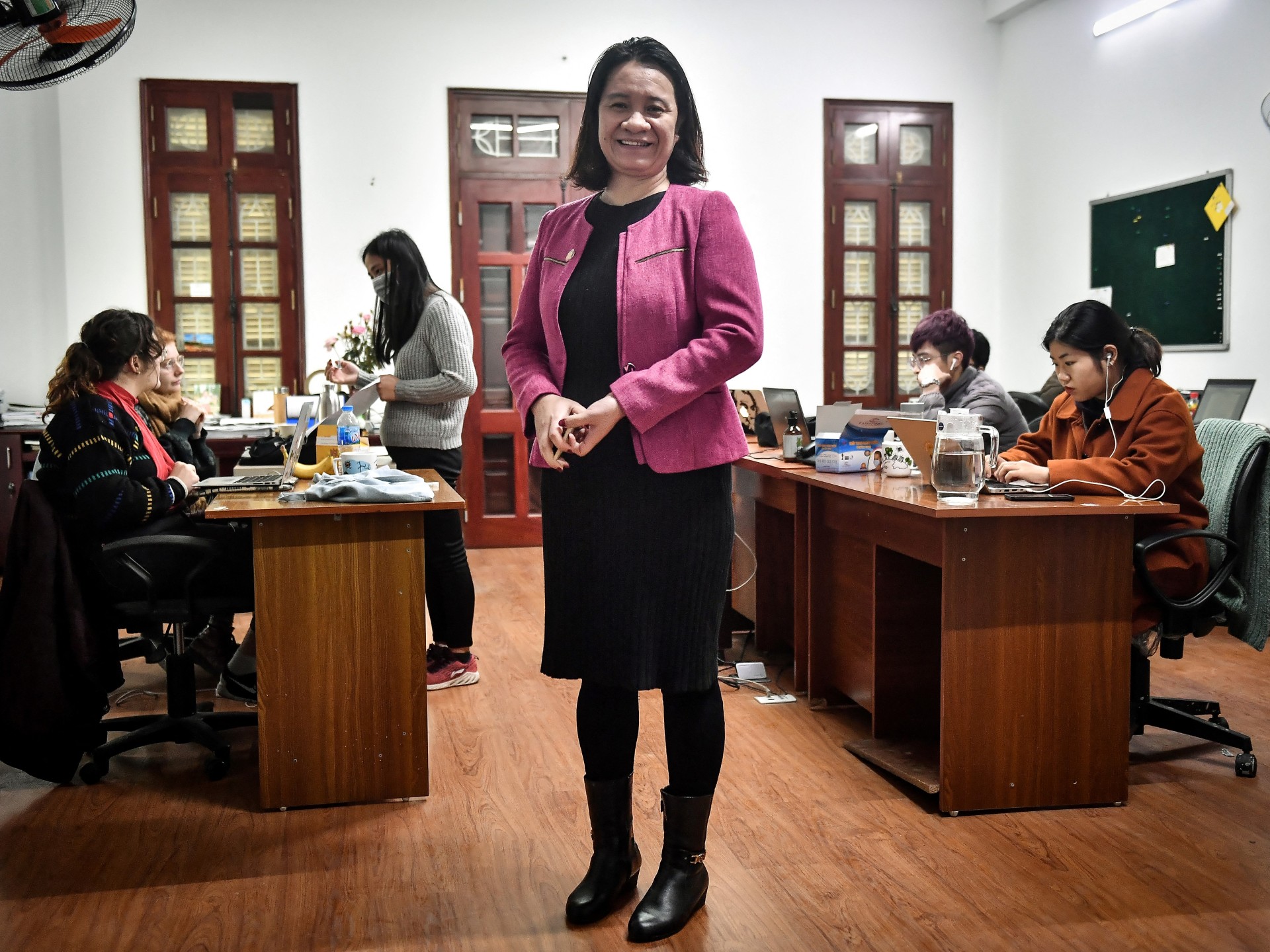 Three years ago, during a visit to Vietnam, I had the great fortune of meeting an environmental hero, named Nguy Thi Khanh. I watched as she skillfully built bridges between people, industry leaders and government officials to protect communities from harmful coal pollution, paving the way for Vietnam’s sustainable energy future.

Since then, Khanh’s efforts have proved fundamental to Vietnam having the largest installed capacity of wind and solar power in Southeast Asia; and to the government’s commitment of net zero emissions by 2050, made at the United Nations Climate Conference (COP26) last year. Khanh attended COP26, drove conversations with the government about how to phase out coal in favour of renewables, and has actively advocated for Vietnam to accelerate its National Power Development Plan, which aims to shift towards increased wind and solar power.

So you can imagine how shocked and saddened I was to learn that Khanh — the first Vietnamese person to receive a Goldman Environmental Prize — was recently sentenced to two years in prison for the alleged crime of tax evasion. In addition to Khanh, three other environmental leaders in Vietnam are also now facing multiyear prison sentences on similar charges — all in the past year. Among them is prominent environmental lawyer Dang Dinh Bach, who was designated to monitor the implementation of the European Union-Vietnam Free Trade Agreement just before his arrest.

Charging these particular individuals with tax-related crimes appears to be aimed at silencing members of Vietnam’s civil society who are pressuring the government to further strengthen their climate and environmental commitments, keeping the country’s people at the centre.

While Khanh worked with respectful diplomacy, she maintained a strong voice against coal. She created the Vietnam Sustainable Energy Alliance (VSEA) to mobilise around this issue, which opposed the interests of certain segments of the government that support legacy coal interests. For them, she and the VSEA represent uncomfortable watchdogs urging the country to transition to clean energy faster.

Ironically, Vietnam is now poised to potentially receive billions of dollars from foreign governments, including the United States, Canada, the EU and the United Kingdom, to facilitate what is called a Just Energy Transition Partnership (JET-P).

It could be announced at COP27 this November. Last year, a similar package was announced with South Africa, where I am from, and is now at the heart of a vigorous debate on action towards a low-carbon economy and climate-resilient society, and on the meaning of justice in a just transition.

Fundamentally, a “just transition” describes the shift away from fossil fuels in a way that secures the health and livelihoods of those most affected by climate change. It re-envisions a more sustainable economy and an equitable society through widespread, grassroots debate. The emergence of just transition as a debate and a platform of action for the South African government comes after years of advocacy by communities including those of us who have lived alongside the dirty fossil fuel industry.

Growing up in a Black family during apartheid, I was forced to live 143 metres (470 feet) from an oil refinery and suffered health complications from toxic air pollution. My pollution-related asthma resulted in serious breathing difficulties and a weak body. At the age of eight, to get away from this toxic pollution, I was sent to a rural boarding school 750km (466 miles) from my parents whom I saw only twice a year for the next five years.

Voices that truly understand the concept of environmental justice, such as Khanh’s and Bach’s, are critical to any process that aims at a just transition. In post-apartheid South Africa, we have managed to engage our government and push for change through participation in policy processes, and advocacy in parliament and the public domain.

Right now, this type of inclusion is being suppressed in Vietnam. Independent voices calling for transparency and accountability are clearly not as welcome as they have been in the past. Vietnam’s package cannot qualify as “just” if local experts and non-profit leaders like Khanh are not able to engage on this issue.

The UK and other G7 governments currently negotiating the JET-P and other clean energy deals with Vietnam should challenge the government in Hanoi on how it plans to meet its ambitious climate goals while Khanh, Bach and others like them are in jail.

Public scrutiny is essential so that there is transparency and society knows what is being offered. Foreign governments doing business with Vietnam should ensure that local nonprofits are able to operate safely and effectively without fear of criminalisation so that there is accountability every step of the way.

Khanh’s sentencing has already been met with international condemnation, including by the UK, the United States, Canada, Germany and the EU, which have called for her release. Beyond these developed countries, we need the entire world to condemn what is happening in Vietnam, especially South Africa and others from the Global South who might become potential recipients of their own just energy transition packages such as Indonesia, Nigeria and Senegal.

As the world comes together in Egypt for COP27 soon, people like Khanh, with deep knowledge and experience in moving away from coal while balancing the needs of various stakeholders, are essential for achieving genuine change.

She and her fellow activists brought Vietnam to a perch from where sustainable energy independence appears possible. Only when they and other members of civil society are able to contribute their expertise freely can the country benefit from a truly just energy transition.