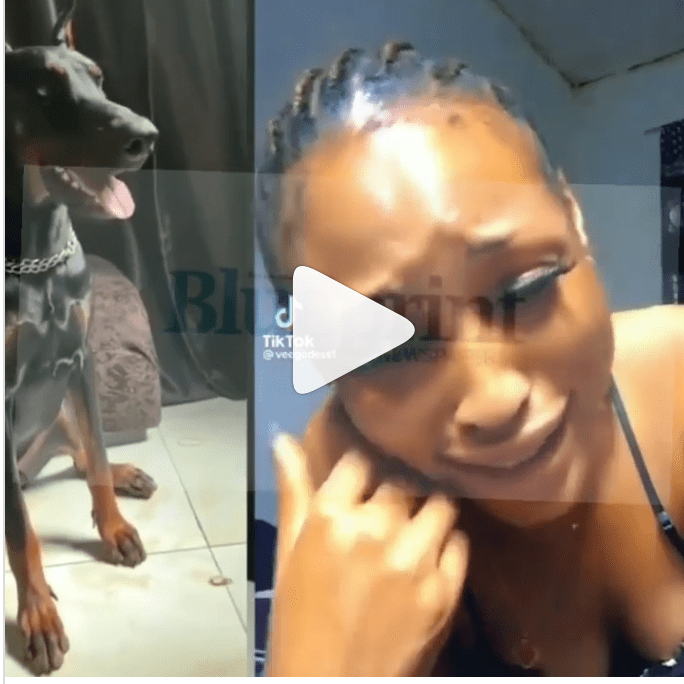 The unidentified Lagos girl who in a viral video admitted to have slept with dog for N1.7 million has again released another video.

The lady is seen crying in the newly released video, urging viewers to help beg her boyfriend who according to her just broke up with her due to her earlier released video.