US treasury secretary in South Africa for talks 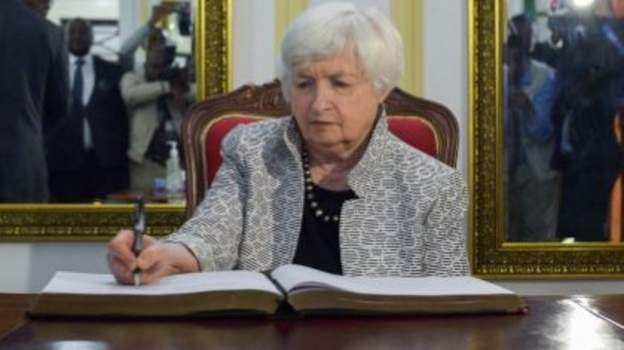 The US Treasury Secretary, Janet Yellen, is visiting South Africa on the latest stage of a three-nation African tour aimed at boosting US influence.

The tour – which also included Senegal and Zambia – comes as Washington faces growing competition in the region with Russia and China.

South Africa has recently taken over the chair of the Brics economic group – made up of Brazil, Russia, India, China and South Africa – which was set up as a counterweight to US global dominance.

While in South Africa, Ms Yellen is expected to push President Cyril Ramaphosa to pursue plans for a gradual transition away from a heavy reliance on coal to cleaner energy.