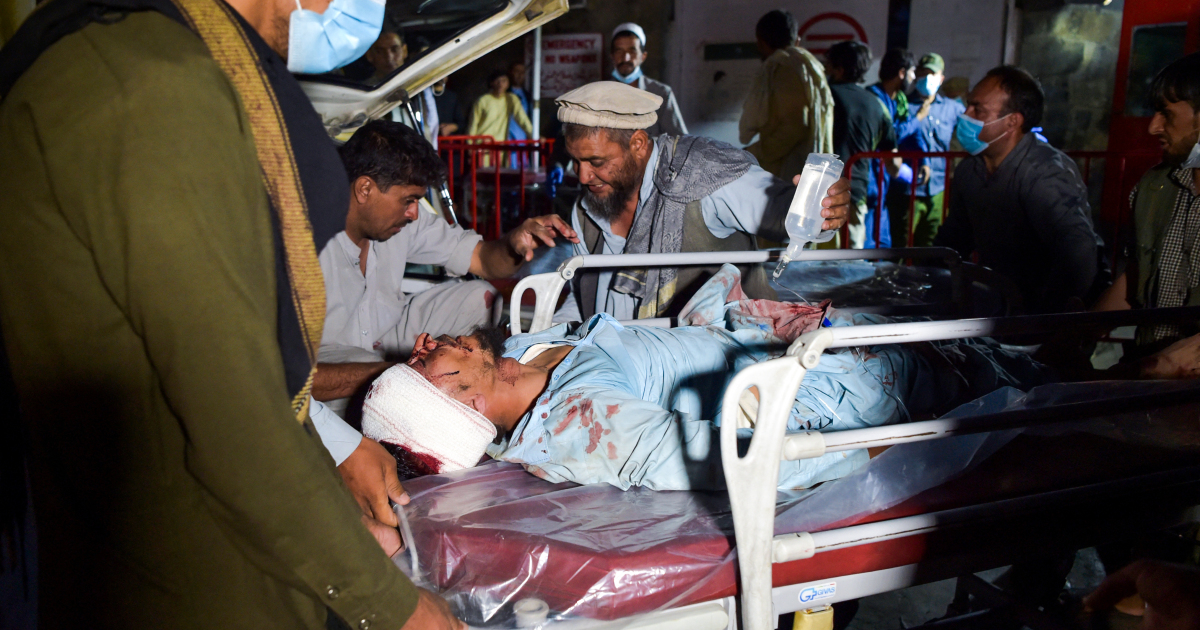 General Frank McKenzie, head of US Central Command, said US commanders on alert for rockets or vehicle-borne bombs aimed at the airport.

US troops helping to evacuate Afghans desperate to flee Taliban rule braced for more attacks on Friday, a day after an ISIL (ISIS)-affiliated group struck the crowded gates of Kabul airport, killing at least 60 civilians and 13 US troops.

Video shot by Afghan journalists showed dozens of bodies strewn around a canal on the edge of the airport. At least two blasts and gunfire rocked the area, witnesses said.

The Islamic State in Khorasan Province, ISKP (ISIS-K), an ISIL offshoot in Afghanistan, said one of its suicide bombers singled out “translators and collaborators with the American army”.

US President Joe Biden pledged to retaliate against the attack in Kabul, confirming that the bombings were carried out by ISIS-K. “We will hunt you down and make you pay. I will defend our interests in our people with every measure at my command.”

The 13 US military troops killed in the attack on Thursday amounted to the worst single-day loss for American troops in Afghanistan since the August 2011 attack on a Chinook helicopter that killed 30 service members.

General Frank McKenzie, head of US Central Command, said US commanders were on alert for more possible attacks.

“We’re doing everything we can to be prepared,” he said.

Norway’s Foreign Minister Ine Eriksen Soereide has announced that her country can no longer assist in evacuating remaining citizens from Afghanistan’s capital.

“The doors at the airport are now closed and it is no longer possible to get people in,” Soereide said in an interview with TV2.

Norway had earlier agreed to provide airlift support for Afghan evacuees from the Gulf region to follow-on points in Europe, according to a US State Department statement.

Documents with details of Afghan staff left at UK embassy in Kabul: report

Staff of the United Kingdom’s embassy in Kabul, who hurriedly evacuated following the Taliban takeover on August 15, have left documents with the contact details of Afghans working for them, as well as other identifying information such as job applications of Afghans, according to an exclusive report by The Times newspaper in the UK.

According to the report, the documents were left scattered on the ground at the British embassy compound in Kabul that has been seized by the Taliban.

“Phone calls to the numbers on the documents revealed that some Afghan employees and their families remained stranded on the wrong side of the airport perimeter wall days after their details were left in the dirt in the haste of the embassy’s evacuation on August 15,” the report said.

The US has announced that more than 100,000 people from Afghanistan have been evacuated since August 14, the eve of the Taliban’s return to power.

“Since August 14, the US has evacuated and facilitated the evacuation of approximately 100,100 people,” the White House said in a statement issued on Thursday hours after a twin blast killed dozens of Afghans and at least 13 US troops, at one of the entrances at Kabul airport.

The Taliban has given the US until August 31 to withdraw its troops and evacuate its citizens as well as Afghans with documents to leave.

US military’s toll in Kabul bombing rises to 13: Pentagon

The US Defense Department has announced that the number of US troops killed in the blasts at Kabul airport rose by one to 13 and the number of injured was 18.

“A thirteenth US service member has died from his wounds suffered as a result of the attack on Abbey Gate,” Central Command Spokesman Captain Bill Urban said in a statement.