US authorises Pfizer oral Covid-19 treatment, first for at-home use 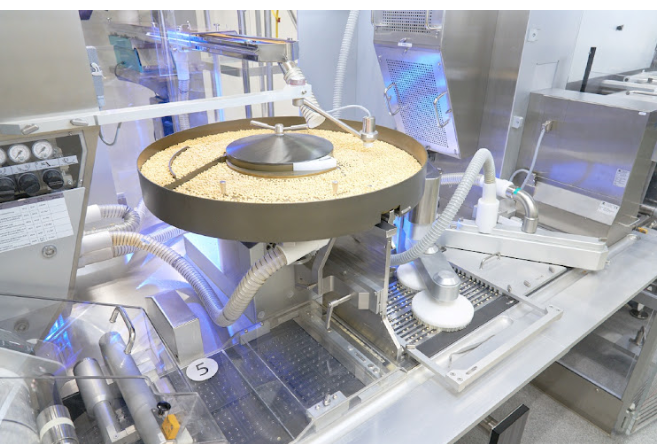 The United States on Wednesday authorised Pfizer Inc’s antiviral Covid-19 pill for people ages 12 and older at risk of severe illness, the first oral and at-home treatment as well as a new tool against the fast-spreading Omicron variant.

Pfizer’s antiviral regimen, Paxlovid, was nearly 90% effective in preventing hospitalisations and deaths in patients at high risk of severe illness, according to data from the company’s clinical trial. Recent lab data suggests the drug retains its effectiveness against Omicron, Pfizer said.

Pfizer raised its 2022 production projections to 120-million courses of treatment from 80-million and said it was ready to start immediate delivery in the United States. The treatment’s two-drug regimen includes a new medicine and a second older antiviral called ritonavir.

The US government will have 265,000 treatment courses available by January and supply will ramp up in subsequent months, White House Covid-19 response coordinator Jeff Zients told a briefing. The government expects to receive the 10-million courses it has ordered within six months.

“Paxlovid’s approval is a major milestone that marks another step towards making Covid-19 a much more manageable infection,” said Amesh Adalja, a senior scholar at the Johns Hopkins Institute for Health Security.

“There are two key issues, however, that remain: It will be scarce in the coming weeks and its optimal use requires prompt diagnosis, which can be difficult with the continual testing problems that plague us,” Adalja added.

Pfizer has said it has 180,000 treatment courses ready to ship this year. The US government’s contract for 10-million courses of the drug is priced at $530 (R8361) per course.

The Food and Drug Administration’s (FDA) decision to issue emergency authorisation for the treatment comes as the US combats a surge in Covid-19 cases driven by the Omicron variant, with President Joe Biden announcing plans for more federal vaccination and testing sites.

The pills can fill a treatment gap opened by the Omicron variant, said William Schaffner, a leading infectious disease expert from the Vanderbilt University School of Medicine. The most widely used monoclonal antibody treatments for Covid-19 have proven to be less effective at fighting the variant and there is limited supply of the one remaining treatment that works, he said.

Monoclonal antibodies are typically given intravenously in hospitals, are not widely available and are more than twice the cost of the Pfizer pill.

The Omicron variant, first identified in southern Africa and Hong Kong in November, has spread across the world and now constitutes over 70% of new coronavirus cases in the United States, according to the US Centers for Disease Control and Prevention. Prior infection and vaccines have been shown in studies to only partly prevent infection from the variant, though a booster shot does increase protection.

The FDA said it authorised Paxlovid for emergency use for the treatment of mild-to-moderate disease in adults and children 12 years and older who are at high risk for progression to severe Covid-19.

The drug is available by prescription only and should be initiated as soon as possible after diagnosis of Covid-19 and within five days of symptom onset, the FDA said. The pills are meant to be taken every 12 hours for five days.

While the clinical trials did not include patients under the age of 18, Pfizer said, the authorised adult dosing regimen is expected to result in comparable blood concentration levels of the drug in paediatric patients 12 and older weighing at least 40kg.

The second drug, ritonavir, is known to have interactions with some other prescription medicines. Pfizer has said that should be manageable and suggested most patients would be able to lower the dose of their other medications while being treated for Covid-19.

Pfizer said it plans to file a new drug application with the FDA in 2022 seeking full regulatory approval.

Pfizer has agreed to allow generic manufacturers to supply versions of the treatment to 95 low- and middle-income countries through a licensing agreement with international public health group Medicines Patent Pool (MPP).

A rival pill from Merck & Co is under review by the FDA. The drug, molnupiravir, developed with Ridgeback Biotherapeutics, cut hospitalisation and death risk by 30% in a trial.