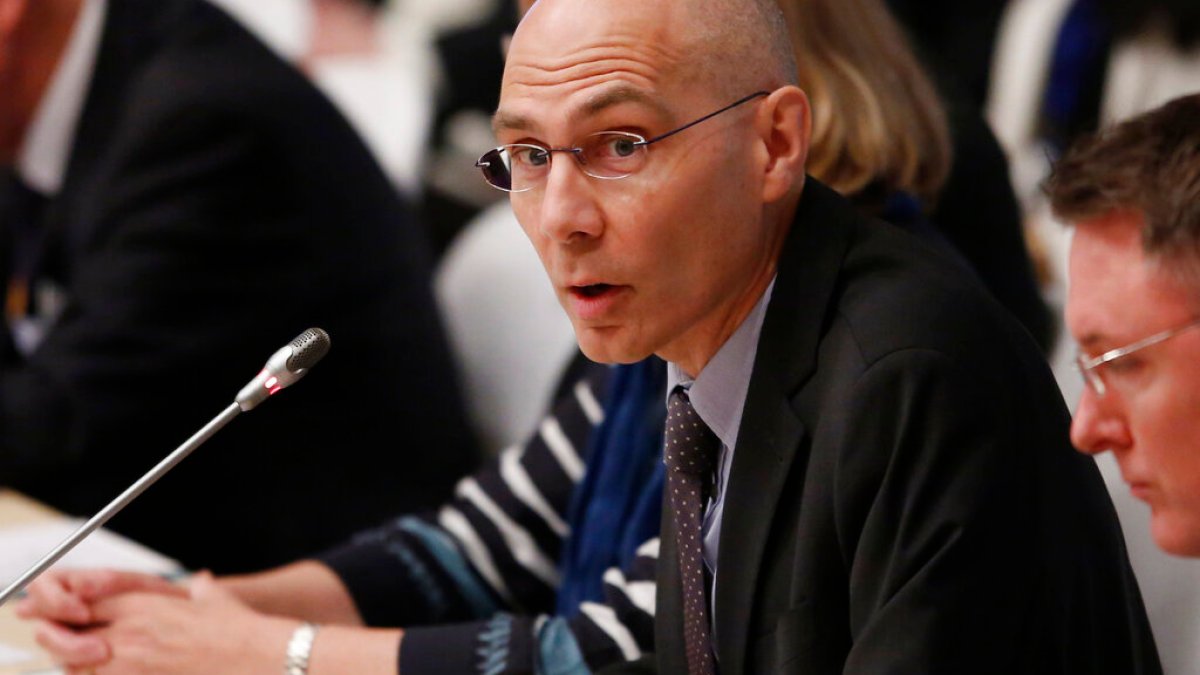 UN Secretary-General Antonio Guterres had proposed that Turk succeed Bachelet, whose term ended on August 31, and the UN’s 193-member assembly quickly approved the appointment by consensus on Thursday.

Turk said that he was “deeply honoured” to be appointed as the next High Commissioner for Human Rights and that he felt “a deep sense of responsibility” taking over his new role.

“Will give it my all to advance the promises of Universal Declaration of Human Rights for everyone, everywhere”, Turk said in a tweet on Friday.

Deeply honoured to be appointed @UN High Commissioner for Human Rights. I feel a deep sense of responsibility & will give it my all to advance the promises of Universal Declaration of Human Rights for everyone, everywhere. pic.twitter.com/bEmcl90bZJ

The UN said in a statement that Turk had a long and distinguished career in the advancement of human rights globally.

“Notably the international protection of some of the world’s most vulnerable people — refugees and stateless persons,” the UN said.

Turk had also previously served with the UN refugee agency in Malaysia, Kosovo and Bosnia Herzegovina, the Democratic Republic of Congo, and Kuwait.

Most recently working in Guterres’ office as under-secretary-general for policy, Turk now faces the challenge of dealing with the follow-up to a UN rights office report on China’s systematic abuse of ethnic minorities in the Xinjiang region.

The long-delayed report, which stated that the “arbitrary and discriminatory detention” of Uighurs and other Muslim minorities in the region may constitute crimes against humanity, was published by Bachelet minutes before her departure.

The Uyghur Human Right Project responded to Turk’s appointment by welcoming his new position and also urging that he robustly pursue the possible perpetration of crimes against humanity in Xinjiang.

The @UyghurProject welcomes the appointment of @Volker_Turk as new High Commissioner for Human Rights.

The new HC should take up the @MBachelet Uyghur report push for accountability for perpetrators.https://t.co/nDHcF7Vkac

“There should be no special treatment for powerful governments who commit the most serious human rights abuses,” the group’s executive director, Omer Kanat, said in a statement.

“The UN’s top human rights official needs to demonstrate that he understands the gravity of the issues facing Uyghurs, and this should be reflected in a strong approach to the Chinese government,” Kanat said in a statement.

The new UN human rights commissioner, the organisation added, needs to demonstrate his independence and “call out powerful actors, like the Chinese government, to stop abuses”.

China has vigorously denied any abuses in Xinjiang.

“It is China’s hope that Mr Turk will lead the office in strictly abiding by the principles of objectivity, impartiality … and non-politicisation,” China’s Deputy UN Ambassador Dai Bing told the General Assembly on Thursday.

Deputy US Ambassador to the UN Lisa Carty also said Turk “must serve as an independent, impartial, and unwavering voice for human rights issues around the world”.

New York-based Human Rights Watch said Turk must immediately follow up on Bachelet’s report on Uighurs and other Turkic Muslim minorities in Xinjiang, and he must be ready to call out human rights abuses in the United States and violations by US allies.

“Whether it’s confronting crimes against humanity in Xinjiang, war crimes in Ukraine and Ethiopia, or racism in the United States, the rights chief’s most effective tools are robust investigations and a strong voice,” Human Rights Watch said in a statement.

The new nominee for UN rights chief, @Volker_Turk, shouldn’t make the same mistake that his boss often made, which is to pretend that broad statements of support for human rights make any difference. If no one is named, no one feels the heat to change. https://t.co/s9ejkZ4l00

Other candidates for the job had included career diplomat Federico Villegas from Argentina, and Senegal’s Adama Dieng, who previously advised Guterres on genocide prevention.

“The Secretary-General missed a key opportunity to build the legitimacy and authority of the next High Commissioner”, Lynch said.